After a win over Wheaton, Chicago is undefeated in its last five games 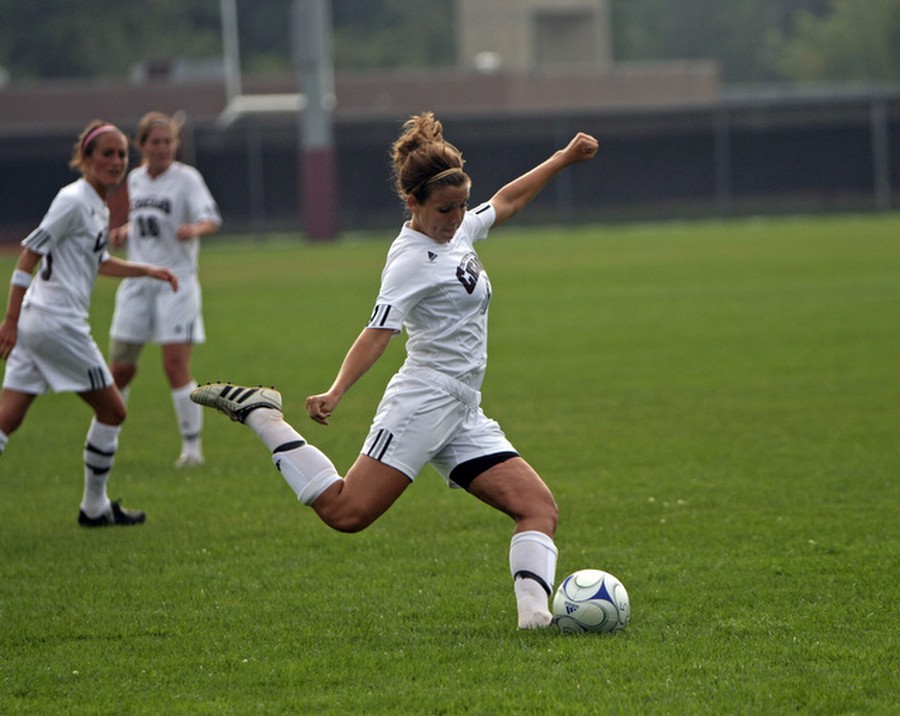 Wheaton’s sports teams are nicknamed the Thunder, but on Tuesday, it felt like the heavens—and Wheaton’s goal—opened wide at a most opportune time for Chicago.

Playing at home, women’s soccer (8–1) topped fourth-ranked Wheaton (8–2) in an impressive 3–1 win that was sparked by two goals late in the first half. The win broke a streak of three consecutive losses to the rival Thunder.

The 2–0 halftime score line was unlucky for the visiting Thunder, who looked more likely to score for most of the first period. However, they were unable to find a way past second-year goalkeeper Emma Gormley, who notched five first-half saves.

“Emma had an amazing game and came up with some incredible saves to keep us up 2–0 at halftime,” fourth-year defender Kaitlin Meyer said. “It was important for us to make the necessary plays to put us ahead…we came out today and stepped it up all over the field.”

After the late flurry of goals, the second half had an entirely different personality.

“It gave us some breathing room and let us settle into the game some more. I actually think we played better soccer in the second half because we didn’t have the pressure on us of delivering a goal,” Gormley said.

“They dominated the first 25 minutes of the game, but as our confidence grew we were able to gain control of the game and play confidently, yet securely,” she said.

That confidence was rewarded in the 51st minute when Loh increased Chicago’s edge by taking advantage of some sideline confusion. While Wheaton questioned the referee’s decision to award the Maroons a throw-in, Chicago took the throw quickly and sent Loh racing down the left wing, where she cut inside and lofted her shot between Barreto’s outstretched hand and the crossbar.

Trailing 3–0 in the late stages of the game, Wheaton bombed forward relentlessly as they sought a way back into the match, but they only managed one goal. In the 72nd minute, first-year midfielder Keri Shannon found some open space and unleashed an unstoppable 35-yard blast that denied Gormley the shutout.

The win was a measure of revenge for Chicago’s large fourth-year contingent, which was determined to defeat the Thunder in what will likely be their last opportunity to do so.

“[Wheaton is] close to home and since 2005 we have not been able to pull out a victory. But there is something special about the team we have this year. Having nine seniors who understand the importance of this game, we knew that it would take more than most games,” Meyer said.

Loh mentioned that the Maroons’ past struggles against the Thunder gave her added motivation.

“They clobbered us last year so we wanted to score as many goals as possible,” she said.

As intense as the rivalry between Chicago and Wheaton is, Meyer was quick to point out that it will not ultimately define Chicago’s season, and that there will be more important games in the future.

“To have this win halfway through our season is a great stepping stone, but really it is just one more victory,” Meyer said. “Now we must get ready for the next big milestone, which are the UAA games, as we want to clinch the UAA championship this year.”

Nonetheless, Gormley said that passing such a stern midterm exam is a good omen for the rest of the season.

“It is definitely a boost to our confidence and an affirmation that we are on the right track to beat a team that is ranked as highly as Wheaton is year after year. Our goal is to do well not only in the regular season but to make it to the post-season and do well there too, and in order to do that, we need to be up for games like this.”