After Dominican, volleyball gets a rest 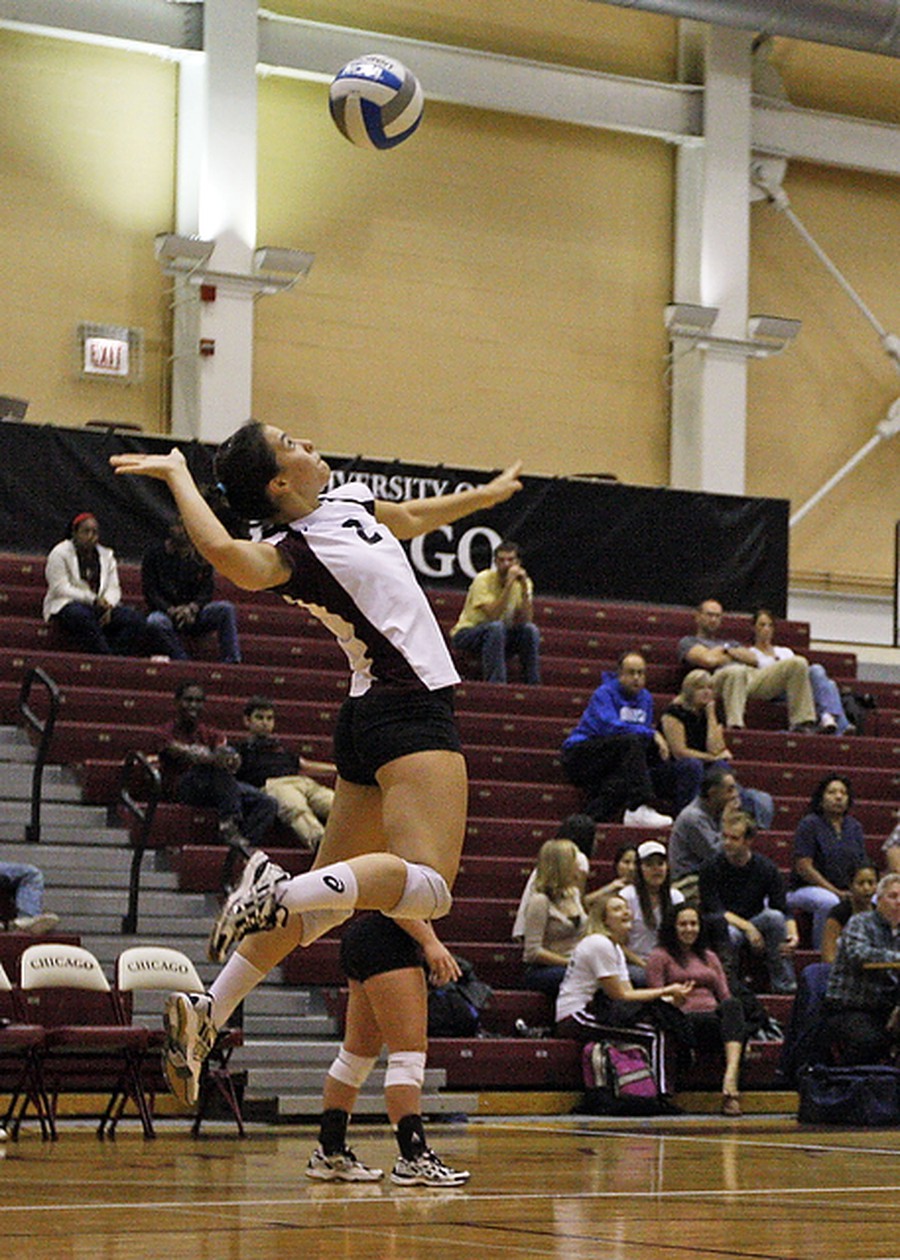 For volleyball, beating Dominican in straight sets Wednesday night meant more than just another tally in the W column—it also means the Maroons at last get a moment to relax.

Throughout the 25–17, 25–20, 25–22 win over the visiting Stars (15–12), Chicago (22–10) was usually in control and always looked the better team, but there were stretches where the Maroons, who have now won nine of their last 10, seemed in need of a rest. Now, finally, they’ll get one: Chicago has a full week off before traveling to Wheaton next Wednesday.

“We have not had any time off for a long stretch,” first-year libero Sam Brown said, “so coach wants us to use this weekend to relax and recover.”

Chicago has gone weeks without such a significant break in play. Fatigue from that spell may have been at work during the final set Wednesday, when Dominican nearly erased the 6–0 lead the Maroons built on the serve of second-year setter Lauren Tarpey.

“We were in control there because we were successfully executing all the fundamentals of the game,” Tarpey said. “The block was very effective, our defense was doing a great job of picking up balls, and we were all focused in and playing steady.”

But after Tarpey lost her serve, the Stars closed to 6–5, forcing head coach Vanessa Walby to call a timeout. Back on the court, the Maroons built their advantage back to 12–6, and Dominican tied the set at 12 just as quickly.

The back-and-forth continued until first-year Brown took over service with Chicago up 23–22 and finished off the set and the match. On the defensive side, first-year middle blocker Katie Trela led the team with 10 blocks in total, and second-year outside hitter Isis Smalls chipped in nine.

Walby suggested yesterday that Chicago, as a team that thrives on intensity and excitement, might not have been as motivated while playing the quieter Dominican squad. During a match, the Maroons, who already clinched their winningest season in over a decade, are constantly slapping hands and yelling encouragement to each other, and their enthusiasm is obvious. The Stars, on the other side of the net, were mostly still and quiet.

Brown agreed about the importance of staying enthusiastic. “Our team plays much better when we are loud and excited,” Brown said. “It prevents us from just going through the motions.”

But exciting as the games are, over the course of a season their frequency can be taxing, and the players can fall behind not only on their rest, but also on their work as well. Chicago has played at least three matches each of the past three weekends, with two of those weekends taking the team on the road to UAA round robins. Some time away from that demanding schedule should make it easier for the Maroons to keep their intensity up on the court.

Being rested and ready seems especially important now that Chicago is within striking distance of 25 wins. Reaching that mark was one of the team’s main goals this season, and with five regular season games plus the UAA tournament to go, it’s now manageable, but not yet a given, and as Brown put it, the Maroons need to “continue to win one match at a time to reach it.”