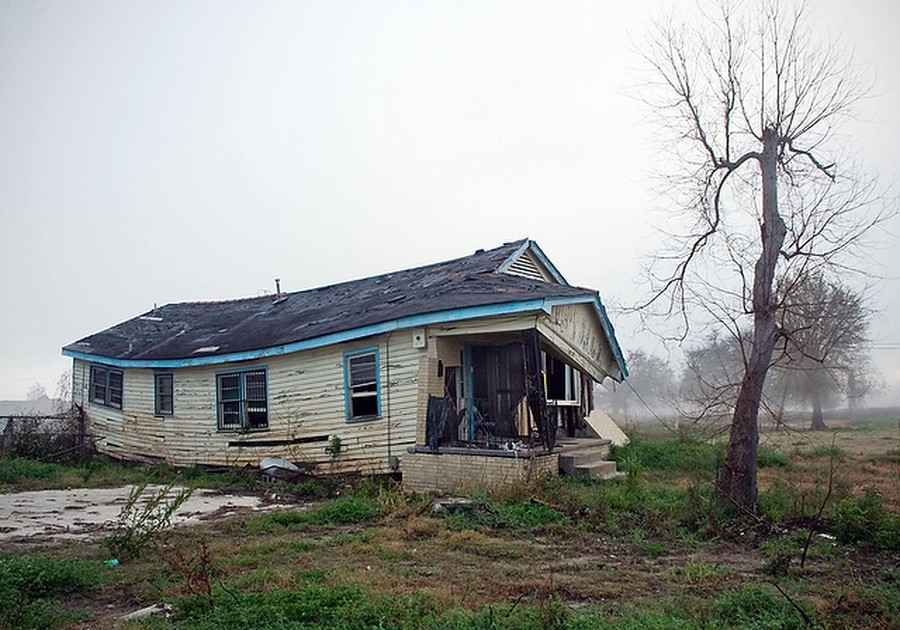 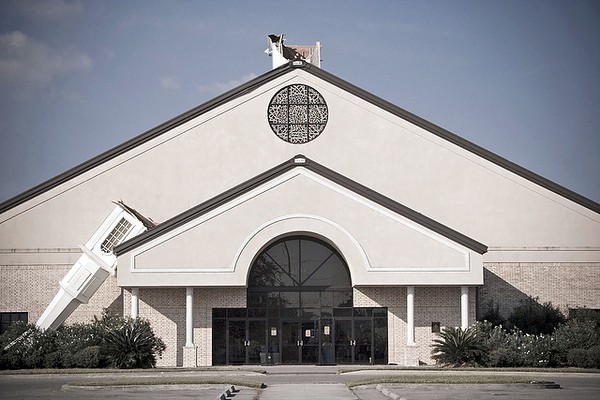 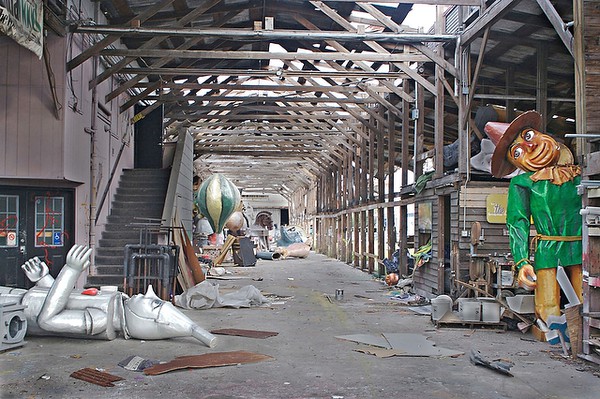 After the devastating events of Hurricane Katrina, we all saw photographs of the unprecedented destruction wrought in New Orleans. Now that the media frenzy has died down, though, the consequences of the hurricane and the travails of New Orleans seem to have all but disappeared from the American consciousness. Providing a poignant reminder of the wreckage that is unforgettable for too many, Chicago photographer and social worker Jane Fulton Alt displays a brutally frank perspective on the struggles of a post-Katrina New Orleans in her new exhibit at the Chicago Cultural Center, Jane Fulton Alt: After the Storm.

The exhibit features a series of photographs and several written stories that Alt collected or experienced herself during her journey through the Lower Ninth Ward. None of the photographs include people—a decision Alt made in order to avoid exploiting families who were coping with their losses.

The photographs feature simple but powerful images, such as a homeowner’s footprints in the mud covering his living room in "First steps back home, November 6, 2005" or a room with the water line visible just a few inches below the door frame in "Water line, November 6, 2005." The frankness of the photos highlights the gravity and reality of the situation, which evokes a strong emotional response in the viewer.

Fulton most frequently photographs religious objects, such as bibles and churches. "The Holy Bible, November 7, 2005" shows a soiled and ripped Bible with the print still legible despite the damage it endured. "Church altar, November 13, 2005" is an altar surrounded by fallen statues and peeling paint. Something about the image of a destroyed church or religious item provokes a sense of helplessness and shock that Alt captures perfectly.

With many of the photographs displaying fallen homes, smashed cars, and wreckage in the streets, it’s hard to imagine what the families of the Lower Ninth Ward felt as they returned to their ruined homes for the first time. However, there is no doubt that viewers will feel some empathy with the unseen subjects of Alt’s photos. The same is true for the stories Alt shares. The hope and love one feels reading about a little girl singing “This Little Light of Mine” in "Samantha" quickly transforms into sadness while reading about a nurse’s experience attempting to evacuate her mother in "The Nurse."

"After the Storm" gives a true, emotional, and fully-fleshed story of what it’s like in the Lower Ninth Ward so many years after Hurricane Katrina. The emotional responses elicited by Alt’s photos are not due to clever photo editing or a meticulous arrangement of the scene, but instead come from her ability to show the harsh truth of experience. The exhibit is both informative and heartrending, and in its simplicity it captures the difficult truth of the Lower Ninth Ward.