Out of SCRH, student appeals punishment 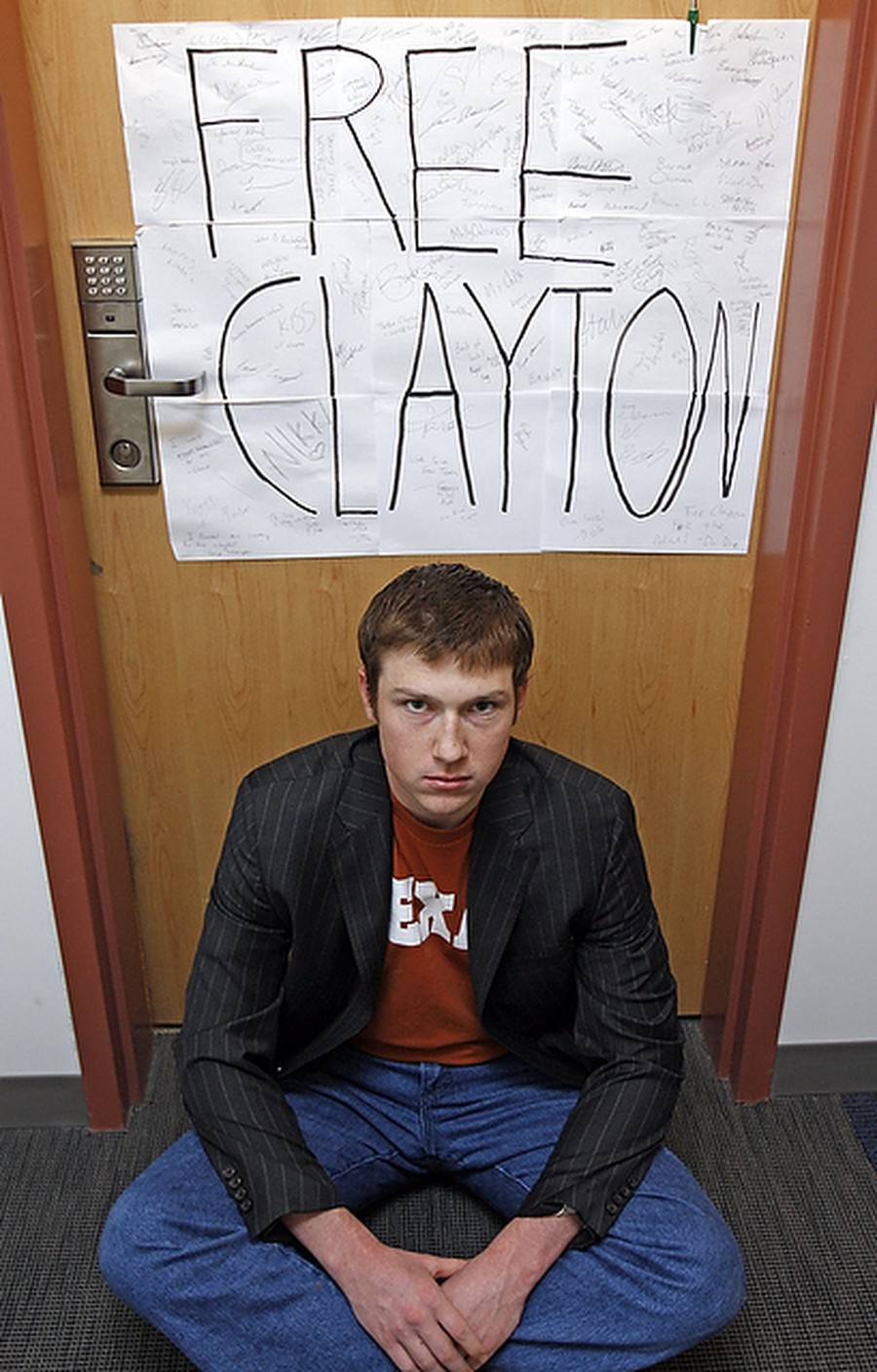 When third-year Clayton Ayers saw a group of friends through his open window on the first floor of the South Campus Residence Hall (SCRH) October 10, he didn’t think twice when they asked to come in.

So it came as a surprise to the Janotta house resident when, the following week, he was banned from his dormitory and dining hall.

“Obviously, I didn’t think that [five Collge students] walking through my window was committing any safety infraction, or jeopardizing anyone in South Campus or in my house,” Ayers said. “I know them well. It wasn’t an issue of them being strangers or not.”

The Office of Student Housing didn’t take the incident lightly. Jim Wessel, assistant director of the office, placed the five students who came through the window on probation. For Ayers, the punishment is more severe: he will be moved from his Janotta four-person apartment to a Maclean single and banned from the SCRH and its cafeteria.

Ayers, and the 267 members of the Facebook group that support him, think Housing’s decision was too harsh given that he did not receive a warning, had no history of disciplinary issues, and was not told entering windows was against housing policies.

“I just want to be given the same punishment they were given,” said Ayers, who is permitted to stay in his SCRH apartment pending an official housing review of the decision.

While Kohli said it isn’t the place of SG to “weigh in on the merits of specific decisions made by housing,” he contacted the SG Executive Slate about the issue this week, and said that, if the slate recommended action, he would pursue the matter with housing directly.

“I feel like I would really be doing a disservice to my class if I didn’t take on this issue,” he said.

While the students involved acknowledge that an exhaustive list of housing statutes is infeasible, many of them are frustrated that no specific mention was made of entering the building through windows. They also criticized Wessel for not allowing housing staff to discuss the incident with students.

“They don’t make that a public announcement on this campus. How are we supposed to learn from peoples’ previous mistakes if we aren’t even told about them?” said second-year Tiffany Sommadossi, one of the students who entered through the window.

According to students in Ayers’ apartment that night, a group of Ayers’ friends left the SCRH after spending time with other friends in the dorm. When the group saw Ayers through his open ground-floor window, they came over to talk. When they wanted to come back inside, they took the most direct route: through the open window.

“It was all about convenience,” Sommadossi said. “It didn’t feel like we were doing anything spectacular.”

The students walked straight through the room, hardly pausing to talk with Ayers or his roommates. “It was so casual to us we didn’t see any point in either hiding it or talking about it,” said second-year Nathalie Lowenthal-Savy, another member of the group. “It demonstrates how much we didn’t know that this was a serious offense.”

Sommadossi and Lowenthal-Savy live in Jannotta House. The other students live in SCRH, Pierce, and off-campus housing.

Third-year Chelsea Bingiel, who posted on the Facebook group’s wall, thought it should have been obvious that climbing through a window was a bad decision. Citing the rule that objects may not be thrown out the window–a rule the Facebook group emphasized did not include objects entering the window–was missing the point, she said in an e-mail interview. “The entire premise of the argument is based upon skirting well-known housing rules,” she said.

The only reason the incident was brought to the attention of housing at all was a casual conversation at the house dining table, according to the students. Janotta RA and third-year Rob McConeghy overheard Lowenthal-Savy mention the incident in passing, and brought the matter up at a regular meeting with housing superiors, including Wessel.

For the students involved, the situation has changed how they perceive housing staff.

“The RA is supposed to be the person in your house who helps you through things, who you can talk to without feeling like you’re going to get in trouble. Our RA overheard this and directly told Housing, without talking to us,” Lowenthal-Savy said. “I don’t trust this RA anymore.”

Ayers and his supporters have attempted to fight his removal from his house. To do so, Ayers filed a request for a review of the housing decision, and friends have submitted petitions.

According to Callow-Wright, the review committee can vote to overturn a forced move to a new house, but it cannot lift bans on visiting dorms or dining halls; only Callow-Wright has that ability.

Callow-Wright’s office has not informed Ayers of a date for the review, which Ayers said is taking a toll on his schoolwork.

“This happened October 10, and it’s almost Halloween now,” Ayers said. “Having a move to Maclean hanging over your head, it’s really hard to focus on your Math 199 problem set.”