Carnegie comes back to force a tie in conference opener 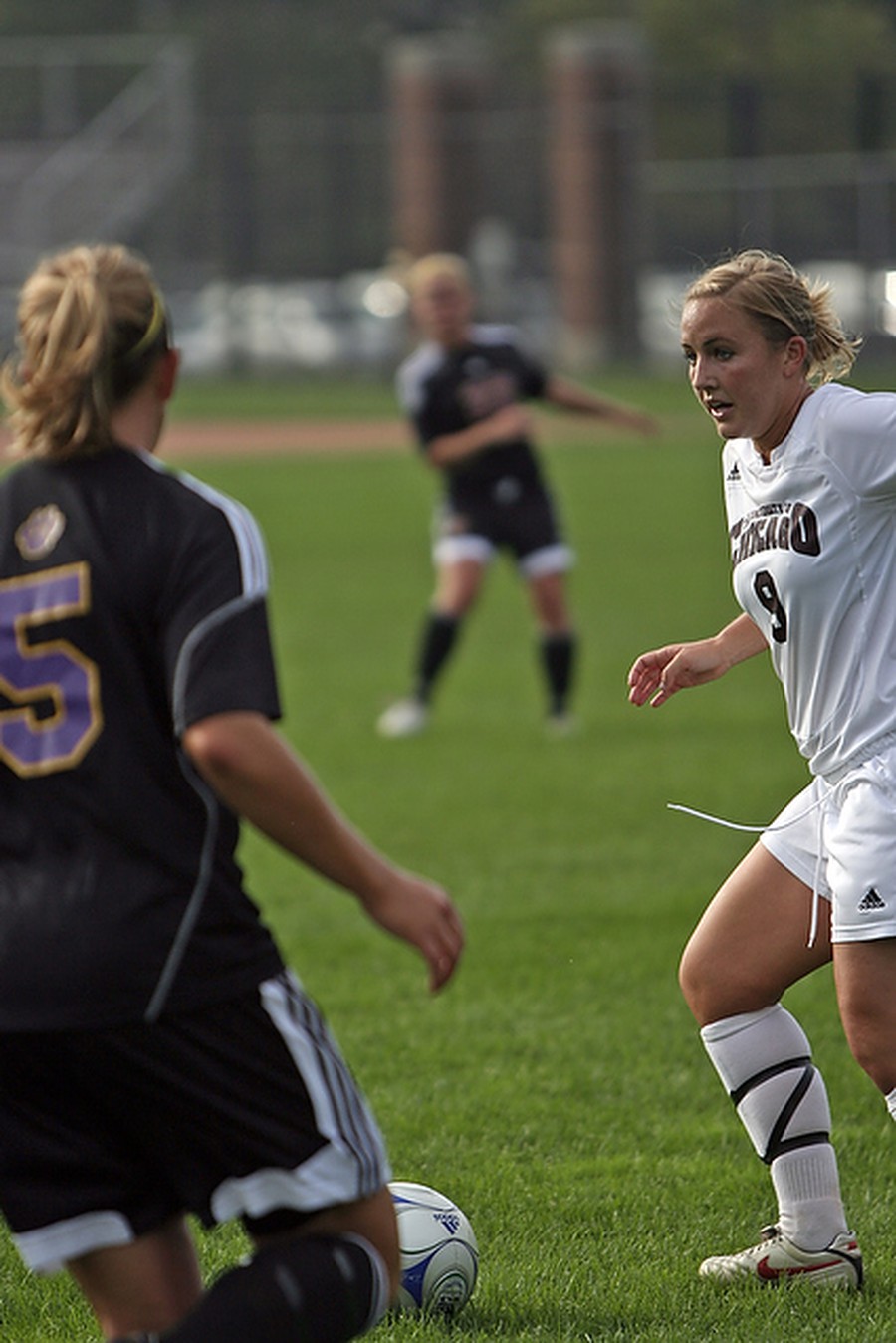 There is little margin for error in UAA soccer, a fact Chicago’s women learned the hard way in a deflating draw at Carnegie Mellon.

With 7th-ranked Chicago leading 1–0 thanks to a 37th-minute goal from fourth-year forward Brooke Bontz, midfielder Alice Mayfield headed home a corner from fellow-middie Emily Overstreet to equalize for the Tartans.

Suddenly, the shoe was on the other foot, and the Maroons were hanging on for a draw with second-year goalkeeper Emma Gormley beating back a Tartan assault on her goal.

“We were fortunate enough to come away with a tie,” third-year forward Sarah Loh said. “Emma saved a deadly shot in overtime that I was almost positive would end up in the back of our net.”

The save was one of three that Gormley was called upon to make in extra time, which was as many as she had to make throughout the previous 90 minutes.

Despite the late defensive lapse that allowed the tying goal, a feeble offensive display was what hampered Chicago most. The Maroons managed only four shots on goal, three of which came from Bontz.

“Our lack of intensity and rhythm contributed to our inability to win the game. We had difficulty connecting passes from all over the field and our offense created few chances to score,” Loh said.

The loss to Carnegie now magnifies the importance of each remaining conference game, with Chicago needing to be nearly perfect to capture the UAA championship.

“Hopefully we’ll learn from our mistakes and put this game behind us. If we want to succeed in our goals of winning UAAs and advancing to the tournament, we need to focus on playing well in our remaining games and getting the results we want,” Gormley said.

The Maroons return to action this Saturday, when they play Emory (4–1–4, 0–0–1) at home. The unranked Eagles opened their UAA campaign this weekend with a tie against 17th-ranked Wash U in Atlanta.