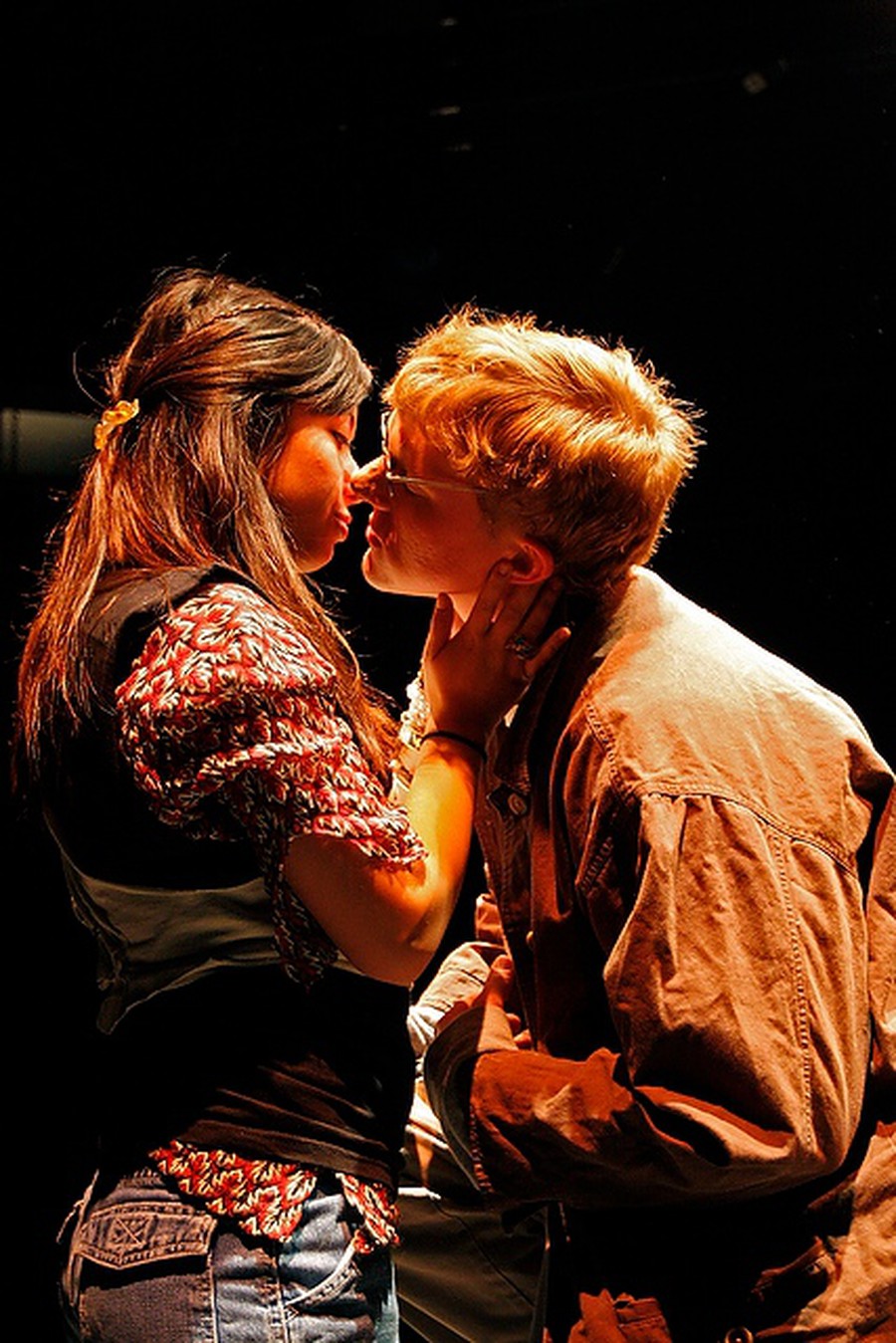 College is undeniably a privileged time—a boundless arena of possibility. Even during the most horrific week of midterms you could possibly imagine, the status of “student” is still desirable because there is very little to lose and everything to gain in the pursuit of higher education. More so than probably any other time in our lives, we have the opportunity to write our futures. Whether or not we know exactly what kind of future we are writing for ourselves is the subject of UT’s newest show, The Shape of Things, which opens this Thursday.

Of course, the uncertainty of the future is a constant obsession for youth, especially students. In fact, we may be so concerned with getting through the week that we overlook truly important experiences in our lives. Such an experience occurs in the play’s opening scene, when a shy, reserved Adam (fourth-year Blake Obuchowski) has a chance encounter with the artsy, outgoing Evelyn (first-year Kim Siegel) as she is about to graffiti a statue.

The Biblical names should tip you off right away to the imminent relationship between the two. Evelyn has something to offer Adam, and it’s something much more than a shiny red apple. She tells Adam that she hates “false art.” Hence, she aims to rectify the monument’s blatant falseness with her can of spray paint. Both Adam and the audience get the impression that she knows exactly what she wants and how she’s going to get it.

Adam and Evelyn’s relationship seems to develop under the principle that opposites attract. At first, Adam’s timidness appears as a complement to Evelyn’s bold defiance. But here and there Evelyn offers little suggestions as to how Adam can improve himself. How much can a man change after a new haircut, a change of clothes, and a little time spent in the gym?

And here lies the fundamental question of the play: How much is Adam changing, and at what cost? His and other characters’ development throughout the play is highlighted by the minimalist set designed by third-year Jayne Battista. Composed mostly of multifunctional cubes, the smallest shifts in the set are crucial to the development of the story. These tiny changes reflect the significance of the very gradual, but substantial, character development throughout the play.

This gradual development is intrinsic to the acting style chosen by the director, fourth-year Toby Tieger. “This play involves them [the actors] speaking in what goes for a naturalistic style of speech,” Tieger says. “[The actors] have to, when the other person is talking, start speaking in response to them while they’re still talking—so cutting each other off constantly—so it’s this flow of sound that never stops.” Because this naturalistic style speeds up the pace of the dialogue, it requires intense concentration and cooperation among the actors: Obuchowski, Siegel, first-year Emilie Cohman, and second-year Adam Rosenthal.

In developing the naturalistic style, Tieger said he guided his actors using extremely different acting styles. During one rehearsal, he had the actors initially perform a scene in monotone while facing away from each other. Then, the actors performed the same scene in the style of a Spanish soap opera. By talking to his actors about what aspects of these divergent styles worked, and which didn’t, Tieger was able to determine how the naturalistic style should sound in the context of this play.

This manner of speaking also makes the actors seem much more plausible as everyday students. The play’s connection to the average college student’s anxieties is inescapable. If the ending of the play is more than a little ambiguous, one message is clear: We are rarely aware of the tiny, accumulated shifts in our character that fundamentally change who we are.