Ever wonder how Doc Films comes up with their quarterly film schedule? Well now you can find out, and maybe even get involved in the process yourself. 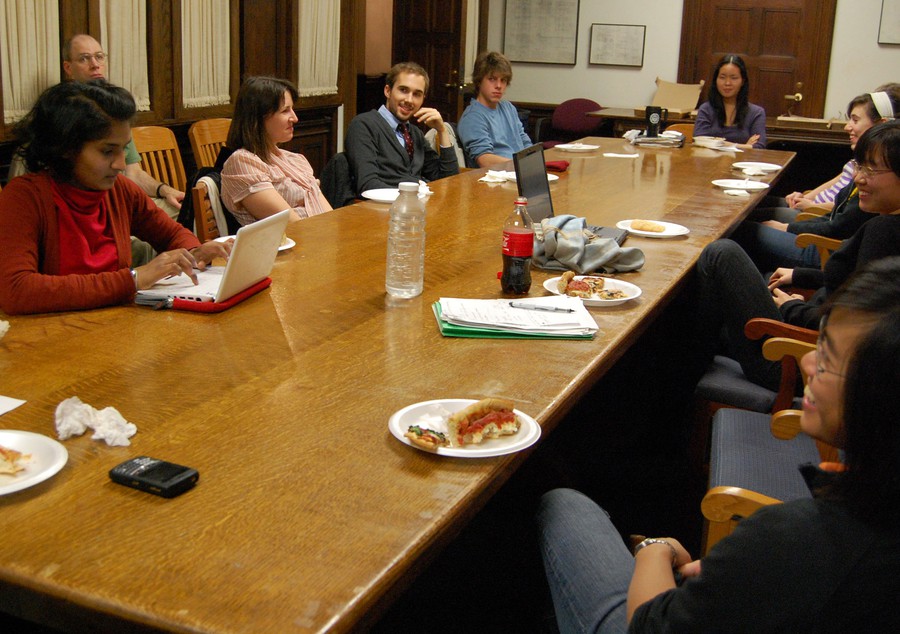 Do you long to see classic films such as, say, Some Like It Hot on the big screen but lack the time machine necessary to return to Hollywood's Golden Age? If so, there is hope for you yet at one of our university's finest institutions: Doc Films. Since its founding in 1932, students and members of the Hyde Park community have attended Doc because of its convenience, cheap prices, and faithful screenings of cinema classics. Despite what you may think, you don’t have to be an expert in the works of François Truffaut or Frank Capra to determine what movies Doc shows each quarter. All you have to do is show up, have an idea, and put it to a vote.

Well, maybe that’s not quite all you have to do, but you definitely don’t need to know more about movies beyond your personal favorites. Doc’s programming meetings are open to everyone, not just Doc volunteers or even current UChicago students. These meetings take place in Ida Noyes every Wednesday night for seven or eight weeks each quarter. About twenty people sit around the table at each meeting and determine what cinematic themes will be featured at Doc for the following quarter.

Any attendee can propose a potential series. For example, a student who desperately wanted to see Some Like It Hot could propose a series of Marilyn Monroe films. A proposal consists of a general description for the series and, of course, a list of films to be shown. However, picking ten Marilyn Monroe films at random will likely not suffice. Careful attention should also be paid to the variety of films in a series. A Monroe series would likely be more well-received if it also included her darker outings like All About Eve and The Fireball in addition to her comedies. Multiple lists are printed out, passed around, and discussed over drunken noodles from The Snail or food from another one of Doc’s sponsors.

However, if you are unable to attend a programming meeting, all is not lost. According to Joe Vidal, who served as Doc Equipment Chair last year, “Doc programming listhost members who are unable to attend can propose a series as well.” Doc is democratic: Series are determined four to six weeks before the start of the next quarter, when the quarterly schedule is put to a vote.

However, even if a series is passed through the vote, it may not be approved due to budgetary concerns. Although Doc does have a large film library, it is not limitless. “Budgets are determined by the Doc board prior to the quarterly vote,” said Vidal. “All those present at the programming meeting are informed of that restriction prior to voting. The top six series' vote-getters are sometimes over the total budget, in which case a roll-off vote is made to accommodate the allotted budget. Some films from the Doc archives are used for weekend slots during the winter quarter to take place of films which would be unavailable to us due to Oscar nominations.”

Although Doc has its own entry in Vanity Fair’s The Film Snob’s Dictionary and has produced the likes of Ernest Callenbach (the founding editor of Film Quarterly), the atmosphere of these meetings is remarkably relaxed. Those in attendance may know more about, say, the Middle Eastern film industry than others, but they are drawn to Doc by a passion for film and are eager to help any film enthusiast, no matter how novice. If you start attending meetings now, you can be a part of making spring quarter as great as the upcoming winter schedule which, according to Vidal, “is going to be awesome!”