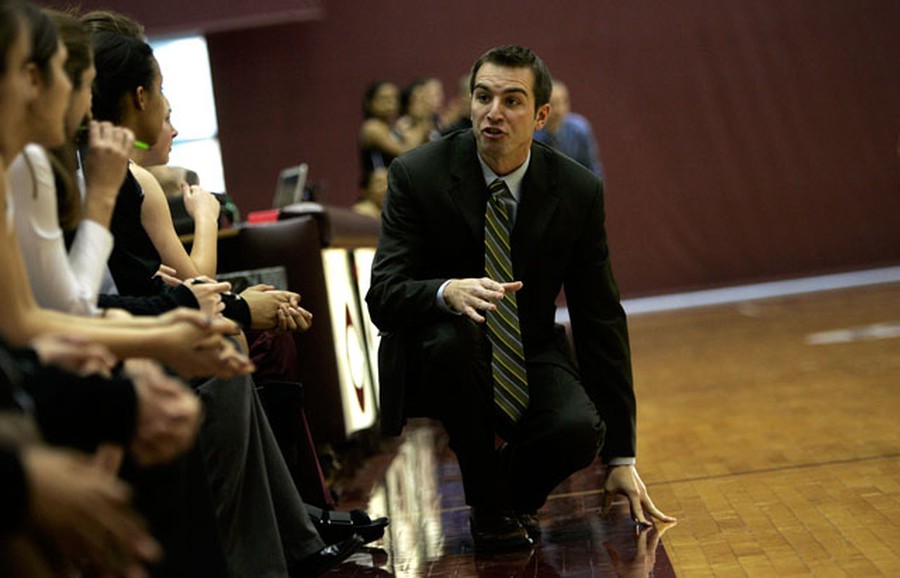 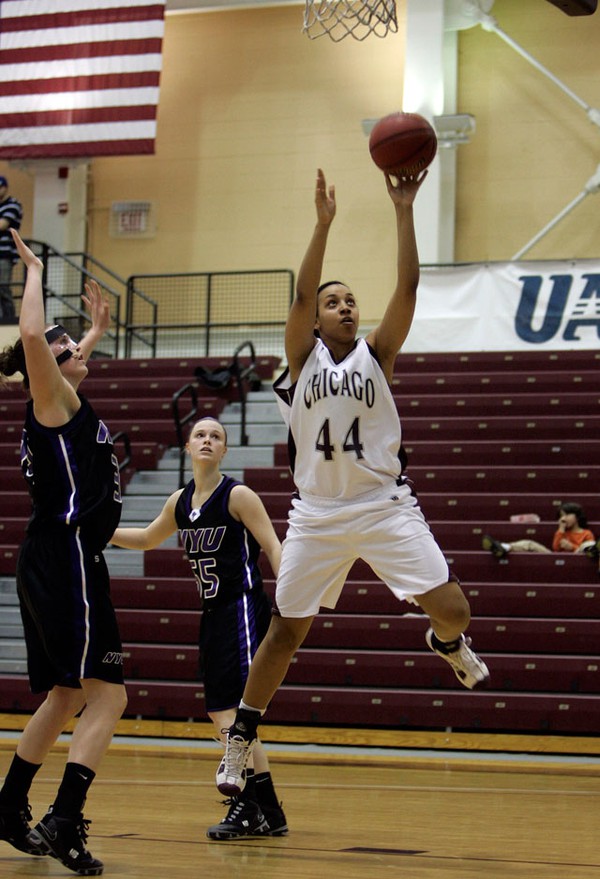 Jeremy Martin / The Chicago Maroon
This weekend, women’s basketball had a chance to set the record straight, get back in the UAA title chase, and pick up two quality wins before the first regional rankings come out this week.

This weekend’s games, which essentially gave Chicago a mulligan after it dropped two last week, figured to be a better indication of how good the team really is. Playing at NYU and Brandeis two weekends ago, the Maroons were hamstrung by a flu that infected almost half the team and kept Chicago without the services of first-year guard Bryanne Halfhill against the Violets.

This weekend against the Judges, the Maroons got a measure of redemption. After a slow start that allowed Brandeis to go up a few points, Chicago’s shots started falling and the Judges’ offense seemed to stop altogether. Chicago was 11–17 from the field in the first 20 minutes and closed the half on a nine-point run that put them up 28–18.

“Our energy was up, and we knew that if we played our game we would win,” third-year forward Molly Hackney said. “I think that we understood what needed to be done and brought that mentality to the floor with us.”

The Maroons’ torrid shooting kept up to start the second half. They scored the first six points after the break, and the Judges didn’t hit from field until almost six minutes into the period. By that point, Chicago had a 16-point lead, and although Brandeis got the score within 10 points a few times, the Judges never really threatened again, and Chicago rolled 63–50.

“I think the difference between Brandeis this week versus last week was our ability to get everyone involved and play as a team,” third-year forward Micaela White said. “I feel like we ran the offense this week with a flow and had a defensive intensity that was missing last week.”

Saying the Maroons had “defensive intensity” against Brandeis might even be an understatement. On the day, they held the Judges to 17–66 shooting from the floor, and a mere 7–28 from three-point range. But on Sunday, against NYU, that same defensive intensity practically disappeared under pressure from the Violets’ talented offense.

As that game got underway, it looked like Chicago’s defense might have been the story once again. On the strength of four early three-pointers, NYU jumped out to an early 18–8 advantage, but then their shooting went quiet, and Chicago pulled even with and then ahead of the Violets. The Maroons might even have carried a lead into the locker room with them, had a three from NYU guard Emily Foshag not put her team up 28–27 at the break.

Still, at halftime, the edge was clearly Chicago’s. The Violets’ offense was lagging, due in large part to the efforts of Maroon forwards like third-year Karly Kasper, who helped limit NYU forward Jessica McEntee to just two first-half points. McEntee, who averages better than 19 points an outing, and her fellow posts couldn’t get anything going to start the game, and NYU finished the first 20 minutes 3–16 inside the arc.

Evidently such a meager first-half showing didn’t sit well with McEntee, because she came out and dropped 15 points on Chicago in the first five minutes after the break. The Maroons’ bigs looked helpless to stop the versatile McEntee, who got six of those 15 points on threes.

McEntee’s outburst was tough enough to deal with, but her teammates’ impressive numbers from beyond the arc kept up as well, and the Violets’ other post players started making some short shots and layups which had been almost entirely missing in the first period. The Maroons’ attack couldn’t keep the pace, and the team soon found itself in a 15-point deficit.

Chicago would narrow that margin by some, but not much, and NYU led by double digits for almost all of the final 10 minutes. The Maroons had some success with increased defensive pressure toward the end of the game, but it wasn’t enough, and the Violets had little trouble closing out their 72–54 win.

Chicago has five games left in the regular season, starting with next weekend’s road dates at Case and Emory.