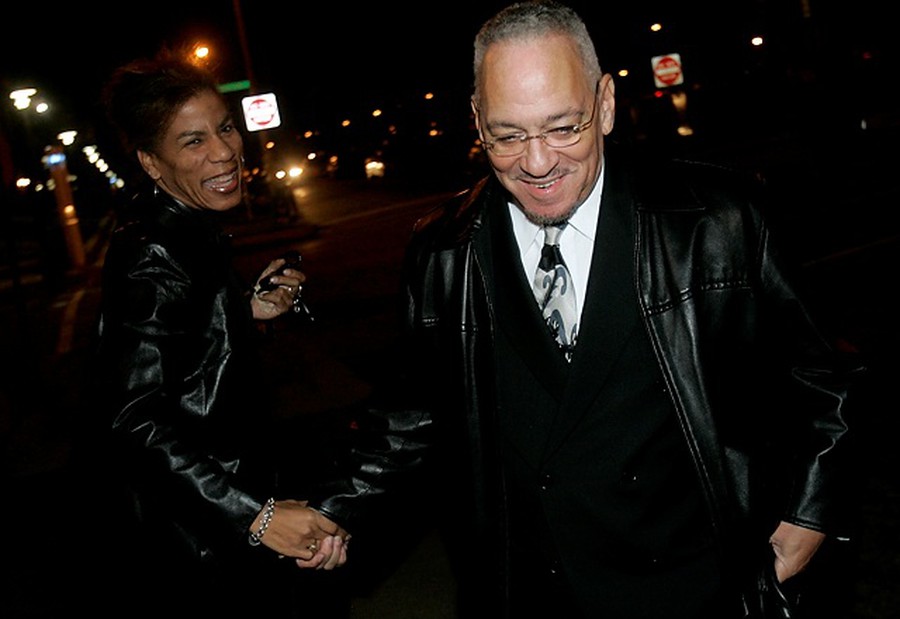 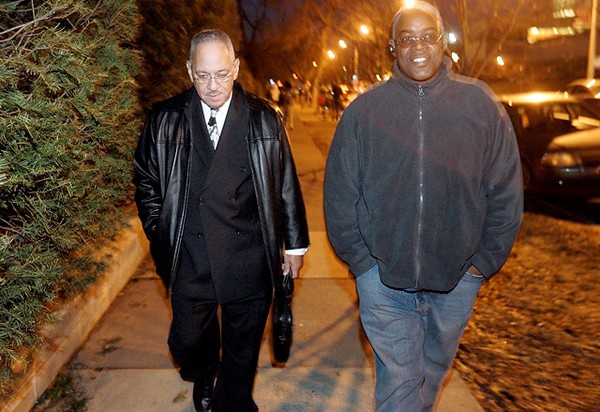 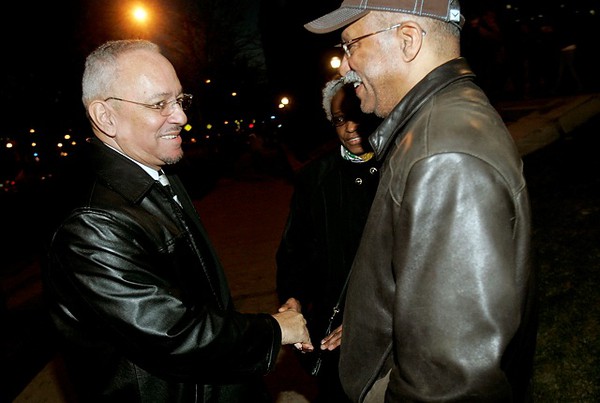 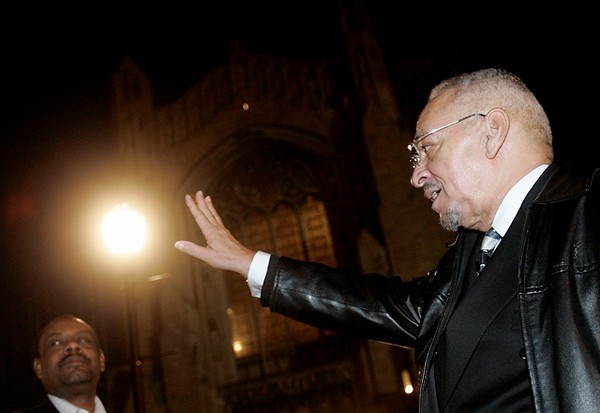 Wright, who studied at the Divinity School and was once Obama’s pastor, returned to Hyde Park decrying America’s ignorance of minority cultures and religions, often returning to the message of the parable of the Good Samaritan—love thy neighbor.

Following the speech was a nearly hour-long question and answer session specifically designated by Wright for questions pertaining to his speech only. While most who stepped up to the microphone asked for further guidance or clarification from Wright, several students questioned Wright’s theological presumptions and biases, which Wright answered with, in turn, prompt dismissal, engaged argument, and one-liners that drew laughs from the crowd.

Wright began his speech with a reference to Dwight Hopkins, a professor at the Divinity School whom Wright met 20 years ago when Hopkins was a young student. Wright took to him immediately and would often come to Hopkins’s religion workshop in Swift.

It was Hopkins who invited Wright to speak this week, though the initial offer was to give another, private lecture. As it grew closer to February, however, Wright was told the speech had been moved to a larger venue.

“You bet your sweet dickey Rockefeller Chapel is a larger venue than the Divinity School,” Wright quipped, as he did frequently throughout his talk. “Then I got an e-mail that said there must be, must be, a question and answer section after my sermon. That ain’t how we roll in the black churches.”

Then Wright launched into the central question of his lecture: Who is my neighbor? The question comes from the parable of the Good Samaritan, which Wright retold with a wry, Hyde Park twist. In the parable, a Jewish lawyer asks Jesus whom he should love if he wants to go to heaven. Jesus answers by telling him the story of an injured man on the side of the road who is shunned by passersby until a Samaritan—whom the Biblical Jews hated—helped him. The lawyer was forced to admit that the Samaritan was the good neighbor, and thus deserving of his love.

Wrights version replaced the injured man with a U of C student, who gets accosted by thugs while walking on Cottage Grove. Wright name-dropped local places of worship and Hyde Park figures as he told the tale.

“Who is my neighbor?” Wright repeated at the end of the story. “Folks I have been taught to hate since I was in the cradle.”

Wright advocated for members of all races and religions to learn about the different faiths and cultures that they are ignorant of, “as they self-identify and not as they are stereotyped,” because true love can only come from understanding, he said. He called out Americans as being particularly deficient.

“A hard look will bring many of us short. How many types of Buddhism are there? What’s the difference between a Sunni and a Shiite?” he asked. “Loving thy neighbor becomes just as difficult for us as it was for the lawyer [in the biblical story].”

“You can start with the ways that blacks are stereotyped in America, all three Americas, from the black stealer to the black thug, and from Aunt Jemima to Jezebel.”

Wright then took questions from the audience in a session that was nearly twice as long as his lecture. Some focused on philosophical interpretations of scripture. One student asked how he could love people who don’t share his Christian beliefs, given some Christians’ claims to the exclusive truth.

Several questioners, however, took a more aggressive tack with Wright, questioning him on his controversial statements that had been made public in the fall. Another student questioned the honesty of Wright’s beliefs since he was quoted as saying that Hilary Clinton was not as qualified as Obama because of her race.

“Did I say something about that in this paper?” Wright asked to a resounding “No” from the crowd of hundreds. “Have you listened to the lecture today? Did you hear the whole lecture you’re quoting?”

As the student responded, the reverend said: “You’re welcome to your opinion. We all got one. You can have your seat while we take another one.”

Wright concluded the evening by responding to his critics.

“For those that came to the microphones with an agenda other than today’s speech, let me try to help them,” he said. “I’m not right about everything, so don’t get upset.”