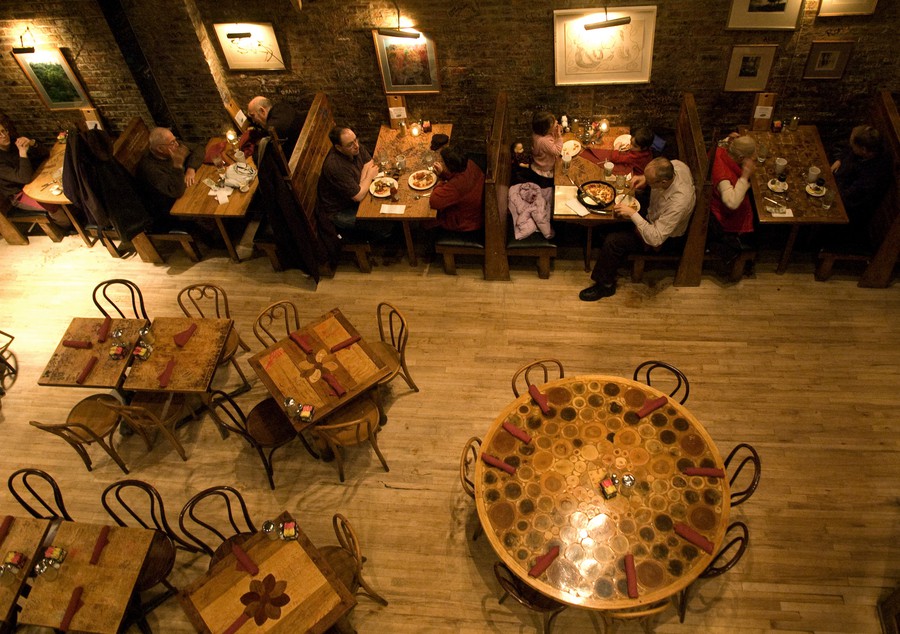 With a recession in full swing and the University community spending less, businesses in Hyde Park are cutting staff and expenditures, raising prices and doing whatever they can to ride out the storm.

However, the same faces seem to be showing up at the same places, and local businesses are realizing that customer loyalty could tide them over until the next economic upswing.

The Medici Restaurant’s experience has been characteristic of many stores in Hyde Park: Business is tougher, but manageable.

Kelly Hayward, an assistant manager at the Medici, seemed stoic as she described what the Med is doing to make due.

“We’re trying to cut costs,” she said. “Lunch has been slow, dinner too. We raised our prices twice since food prices have gone up. It’s more of a special occasion; people expect more out of eating out.”

The Seminary Co-op is dealing with similar same setbacks despite the recent press it got as Obama’s bookstore. Jack Cella, the store’s manager, has been interviewed in the last few months by news outlets “from Russia, the United Arab Emirates, France, Germany, England and Finnish TV,” he said. Along with the news coverage, the store is fielding more tourists and is even on a tour of presidential sites.

Cella, who has managed the Seminary Co-op for 30 years, sees the recession in simple terms: It’s just an unfortunate obstacle that has to be overcome. “What we have to do is maintain the service and selection,” he said, a difficult task considering Cella has had to lay off workers.

“Customer count is pretty much the same,” he said, but business has still dropped off. Despite the added tourists, he attributed this decline to customers’ desire to browse more than buy.

“We’re in a great neighborhood for bookstores,” said Cella, who, despite the support of Hyde Parkers, anticipates a struggle in next few years as the economic climate makes it rough even simply to maintain the status quo.

Yet not everyone has felt the brunt of the recession. Hallowed Grounds, the Reynold’s Club coffee shop frequented by hipsters, sorority sisters, and pool-sharks alike, has made a few changes, but business is better than ever, according to one employee who declined to be named.

“Milk is something ridiculous, like $4.70 a gallon. At least the social aspect of the coffee shop—we have a really loyal clientele—actually trumps the effect of the downturn,” she said.

“In fact, I feel like business has surged,” the employee said.

“It’s okay. Clients still come in, but they don’t come as often,” he said, despite remaining nonplussed about the downturn.

“I have a large clientele. Walk-ins don’t affect me because I’m a private contractor,” Mitchell said, referring to the fact that he receives the same paycheck from Divine Creations no matter how much hair he cuts, meaning he’s valued for the customers he draws himself.

In a neighborhood with upwards of seven barbershops, that means a lot.