IM Championships go down to the wire

The weekend saw four soccer squads and one broomball team etch their names in the IM history books. 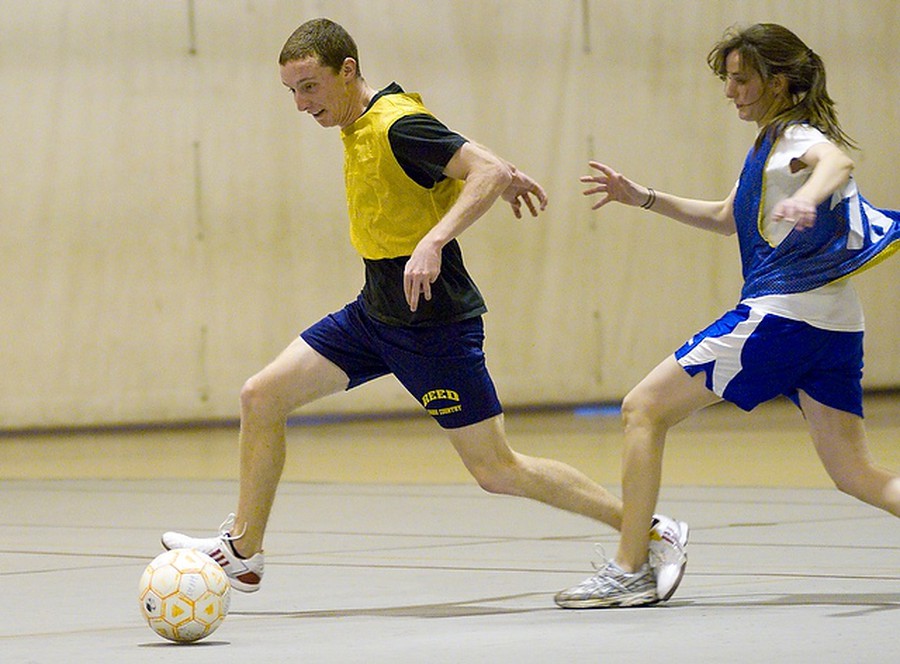 It’s IM championship week on campus, and five more teams ascended to the top of their divisions in broomball and indoor soccer over the weekend.

The Maphrodisiacs met Dirty Harri’s for the graduate coed league championship, a physical battle that needed a bonus period before the Maphrodisiacs laid claim to the title with a 3–2 win. The Harris School squad jumped on top 2–0 with a goal by second-year Francisco Aninat at the 17:50 mark and another at 22:00 by Noah Chafets, a student in the Committee on Social Thought.

The Maphrodisiacs notched their first goal with a driving strike by John Cropper midway through the second half. With just one second remaining in the contest, Meghan O’Neil found the back of the net, forcing an overtime. Kyle Buce then completed his team’s comeback, converting a back-post run to claim the crown.

In the undergraduate residence coed championship, the Henderson Wombats pushed the Woodward Ruckus to the bonus period before falling 2–1. Woodward first-year Michelle Boyd opened the scoring in the first half, volleying a line drive corner kick near post and past the fingertips of the Wombats’ keeper.

The Wombats equalized midway through the second half, and neither team could break the tie before the end of regulation. But once overtime got under way, Woodward, which won its semifinal game in shootout, didn’t need long to find the golden goal. House RH Daniel Anello got the ball 12 feet from goal, fired it into the goal, and was promptly mobbed by celebrating teammates.

The undergraduate men’s independent/residence championship wasn’t quite so close. The Axis Powers, an independent team, won that game 10–0 over the Shorey House IM Team, scoring five goals in each half. The Powers, who know each other from playing pick-up indoor soccer at Crown, used quick, crisp passes to get easy looks at goal.

The graduate men’s championship went to Los Economistas after a convincing 4–0 win over Dirty Harri’s.

The game was postponed twice due to unseasonably warm temperatures, but the delays served only to put off the inevitable, as the Rampage controlled the tempo throughout and made Erin’s offensive woes the story of the game. After scoring the game’s lone goal in the first period, the Rampage kept the ball on Erin’s half for nearly the entire second period to secure their victory.