Redtwist Theatre's The Goat, or Who Is Sylvia? packs an emotional wallop for the beast-curious. 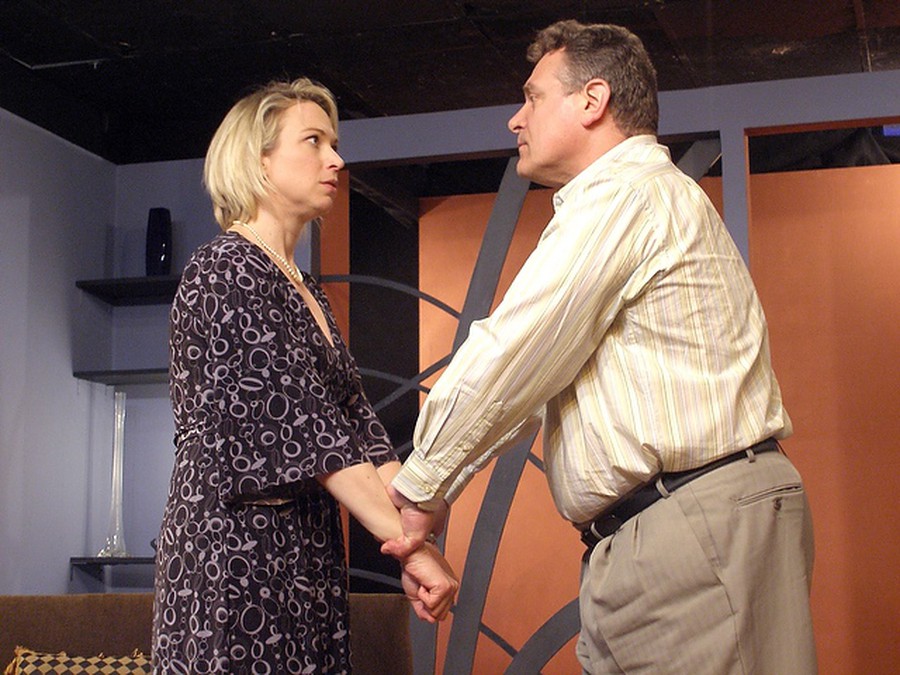 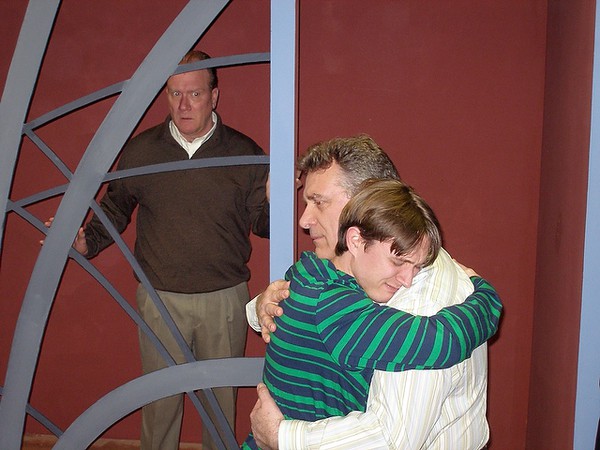 Maroon Staff / The Chicago Maroon
There’s a laundry list of tragedies most people worry about, situations that are maddening and heart-wrenching but common enough. Infidelity, bankruptcy, death—we may not be able to see them coming, but everyone knows they are a possibility.

But what about an admission from your loving husband, father, or best friend that he’s been having a profound and soul-changing love affair with…well, better come right out and say it. There’s no use in beating around the proverbial bush. Her name is Sylvia, and she is a goat. When she gazed at him with those lovely yellow eyes, there was an understanding. Why can’t you understand that they’re in love? Why is everyone getting so hysterical?

This is the premise of Edward Albee’s The Goat, Or Who Is Sylvia?, currently running at the Redtwist Theater and directed by Michael Ryczek. Martin (Michael Colucci), a very successful middle-aged architect, lives a genuinely happy life with his beautiful wife Stevie (Kendra Thulin) and their charming son Billy (Andrew Jessop). The play spans a period of two days in which Martin reveals his exciting new love to his best friend Ross (Karl Potthoff), who subsequently feels compelled to alert Stevie of the affair. Eventually, the whole family is forced to confront the utterly unimaginable affair.

The play addresses the dangers of rationalization, the morality of being happy and the deeply unclear reasoning behind the act of forgiveness. If you’ve ever felt that your insultingly brilliant UChicago friends are justifying the unjustifiable simply because they think they’re that much more enlightened than everyone else, there’s a part of this play for you. If you’ve ever been ashamed of the things that make you happy, or felt pressure to be ashamed of those things, there’s a part written for you too. And if you’ve ever been in love with a goat, well, God help you.

The Goat, Or Who Is Sylvia? itself is wonderfully written, and parts of this production certainly ring true despite the play’s fantastic premise. Andrew Jessop, who plays the 17-year-old gay son Billy, has some great comic timing, and manages a particularly touching moment with his goat-loving father. Michael Culocci, who is also the founder of Redtwist Theater, portrays Martin as stoic and maybe a little too emotionally detached. His best moments are when he finally breaks, but he’s so quiet and distracted up until these points that each blow-up doesn’t seem like a climax so much as a tantrum.

My major complaint with Redtwist’s production is the lack of a recognizable story arc with rising action and a denouement. Maybe it’s just that once you introduce the concept of sexing a goat, everyone starts yelling and never stops. However, there are enough moments of tangible emotion and shocking and hysterically funny scenes to make the trip uptown worth it.

Keep in mind this play is in part a relatively in-depth exploration of bestiality. If you can stomach the idea of loving a goat in every possible way, along with the pretty emotional and visceral reaction a wife might have when she discovers such a deeply disturbing love, get tickets.