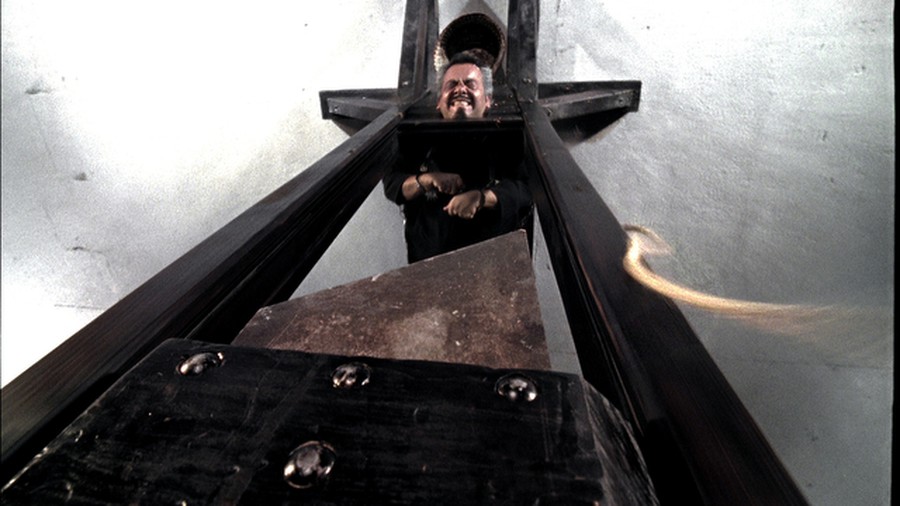 The past few years have seen the entry of a number of Latino actors and directors into the American mainstream. Gael García Bernal and Diego Luna have become popular in Hollywood, while the Mexican auteur Alfonso Cuarón found a nationwide audience with Y Tu Mamá También and the third installment of the Harry Potter series. But as the 25th Annual Chicago Latino Film Festival proves, there is much more to Latino film than what American audiences have seen so far.

The festival, which began in 1985 with 500 attendees, has grown to a 100-film, 12-day affair with over 35,000 attending. This year’s offerings span the entire Spanish-speaking world, and include highlighted works by women, LGBTQ, and student filmmakers. In the 25 years of the festival’s history, “the message hasn’t changed since the very beginning,” said founder and director Pepe Vargas. “We use our culture to create awareness, to convey the idea that we are a multinational family, and within these multinational families is a great diversity.”

Highlights of the festival include Helena Taberna’s 2007 La Buena Nueva from Spain and Roberto Rochin’s 2008 Purgatorio from México. La Buena Nueva (translated as The Good News) is a meticulously done 1930s period piece in which a young priest (Unax Ugalde) is dispatched to a northern Spanish town in the run-up to the Spanish Civil War. As the fascist falangistas, militantly right-wing Bible-thumpers, begin attacking the atheistic leftists of the town, the priest finds himself in the middle of a political war with only the Gospel (and the love of a newly made widow) as his guide.

For those not familiar with the history behind the Spanish Civil War and the rise of Franco’s ultra-conservative regime, the movie does a lovely job of portraying the attitudes of the day. However, the falangistas are often portrayed without nuance—power-hungry, reveling in their violence, and evil—which at times feels like too much of a simplification of the situation. That being said, the film is a compelling meditation on revolt, violence, and religion, and how political totality often must ignore human dignity.

Purgatorio is another period piece, this time set in 1950s Mexico. The film is composed of three vignettes, all based on stories by the Mexican author Juan Rulfo, whose esteem in 20th-century Spanish language literature has been compared to that of Borges. The film matches the intense darkness of Rulfo’s stories while maintaining their relevance for today’s world. The first vignette, “Paso del Norte,” deals with a man leaving his family to find work and money up north—a timeless theme in Mexican memory. “Paso del Norte” refers to the border towns of El Paso, TX, and Juárez, Mexico. The vignettes’ depiction of violence on the border has particular resonance today, when drug crime has reopened a new chapter of bloodshed there. The second part of the film, “Un Pedazo de Noche,” tells the story of a man and a prostitute who rescue a baby from its drunken parents in a cantina. They pass the night strolling throughout the town caring for the child while the man struggles with his feelings for the prostitute. The final vignette, “Cleotilde,” is a trip of a love story in which an old man struggles to win the sympathy of his gorgeous—but impetuous—young bride.

Purgatario is a somber jewel unafraid to deal with pain, death, and suffering. Like many lower-budget pictures, the film has a sense of a lack of polish in the direction and the feel of the movie—at times the camera angles are simplistic and some of the dialogue stilted. But at the same time, there are moments of glorious and creepy surreality. “Un Pedazo de Noche” is a misty tone poem on loss, and it often approaches David Lynch–like realms of dreamy noir. But “Cleotilde” is the barn burner, sumptuous in its cinematography, yet intensely raw in its treatment of the themes of unrequited love and death.

Other highlights include the festival’s opening night movie, 2008’s El Regalo (The Gift), directed by Cristian Galez and Andrea Ugalde. A box office phenom in Chile, The Gift is a comedy about a recent widower who travels to a hot springs with his two friends and a high school sweetheart. On April 22 there will be a screening of Arráncame la Vida (Tear This Heart Out), directed by Roberto Sneider and based on the novel of the same name by Angeles Mastretta. Set in post-revolution Mexico, the film tells the story of a young woman who marries a charismatic and politically ambitious general, only to realize that the union spells the end of her freedom. Tear This Heart Out is one of Mexico’s best received films and also the country’s submission for the Best Foreign Film Academy Award.

Despite the fact that the festival films deal with political and social issues—immigration, tyranny, religion—Vargas insists that the films are not intended to be didactic. “For that reason, people go to formal education,” he said. “We teach here, ‘This is who we are.’”

Instead, the festival aims to foster a greater understanding of Latino culture among Latinos and non-Latinos alike. “We need to build in ourselves a sense of belonging to something greater than our neighborhood,” says Mr. Vargas, while at the same time asking, “How can we share this with others?”