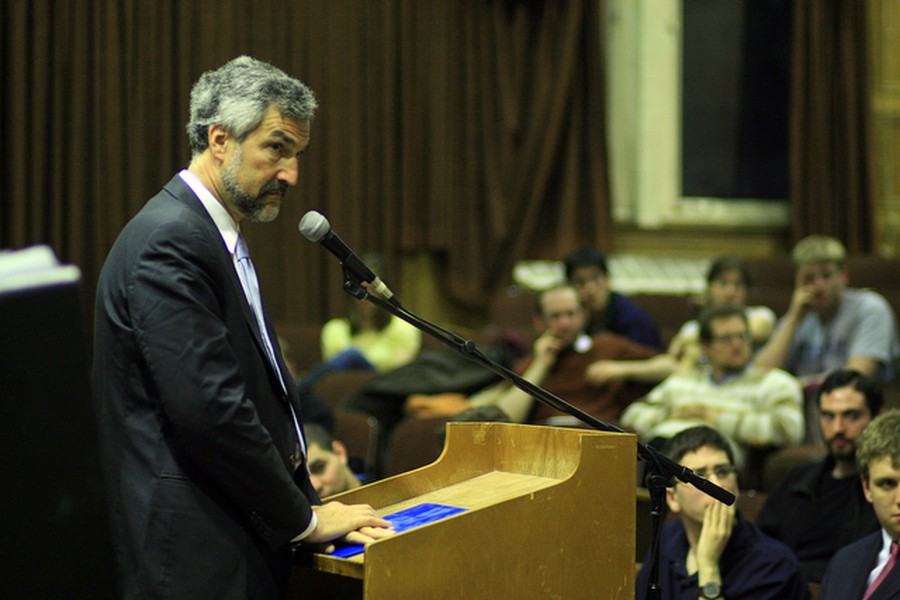 Former U of C lecturer and controversial Middle East commentator Daniel Pipes pointed to radical Muslims rather than terrorists as America’s true enemies in a talk Wednesday, contrary to the war-on-terror rhetoric espoused by academics and governments.

In Kent Hall, Pipes compared these extremists—“Islamists”—to communists and fascists, since, in his opinion, all offer a “radical utopian vision” for society. This vision is being realized in Turkey, he said, where Islamists have applied their radical ideology to legitimate governance. “[It’s] an Islamic society and is being made more so increasingly every day,” Pipes said, responding to the claim that Turkey is a secular society.

This trend has spread to the West, Pipes said, pointing to government-sponsored halal dining areas in England.

One audience member claimed that Pipes set a double standard by not taking issue with public nativity scenes in America.

“No one but Muslims have aspirations to impose their religion on society,” Pipes said. He then cited what he claimed was an attempt by the Council on American-Islamic Relations to apply Sharia law in the U.S. during the 1990s.

Pipes refuted the argument that poverty and American foreign policy in the Arab and Muslim world are the underlying causes of radicalism. “[They] aggravate the problem, but are not reasons for it,” he said. He attributed the growth of radicalism—a historical phenomenon he traced to the 1920s—to a widespread feeling in the Muslim world that it has lost political primacy to the West.

Pipes did offer suggestions to address the rise of these radicals. “Non-Muslims need to serve as auxiliaries to anti-Islamists [and] fight Islamists who teach in universities and serve within the government,” Pipes said. “[We need] to help Muslims understand their religion differently.”