Renovated Searle to be eco-friendly after “total gut rehab” 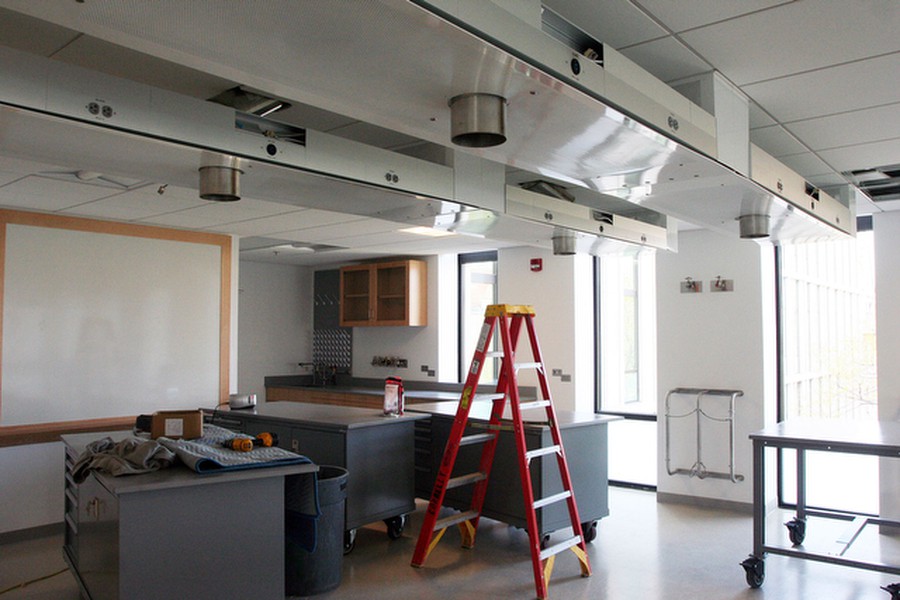 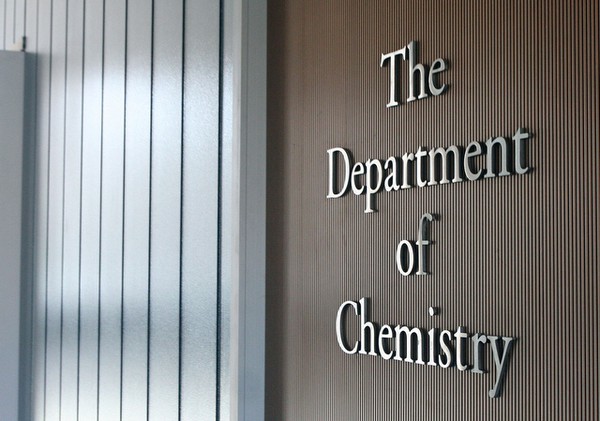 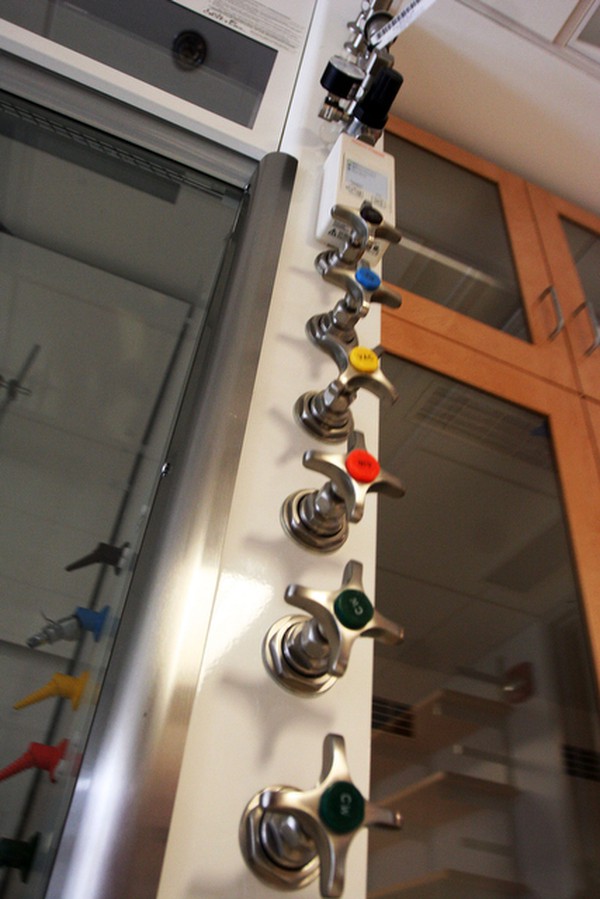 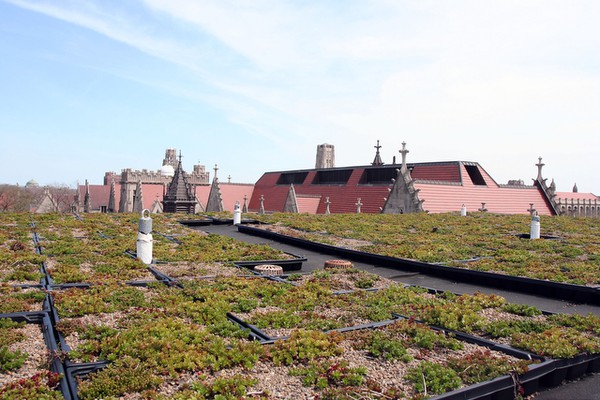 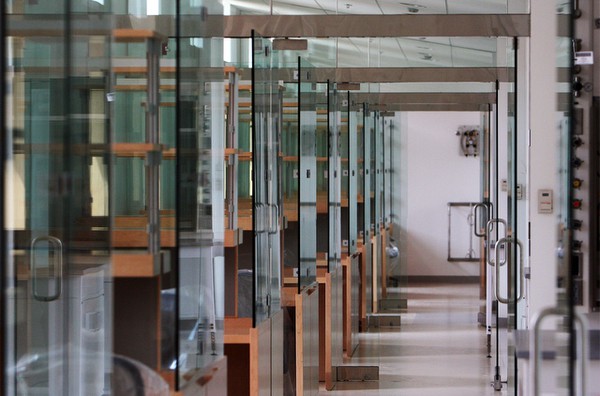 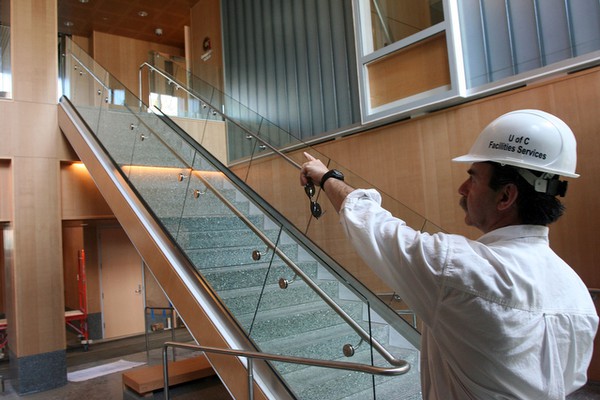 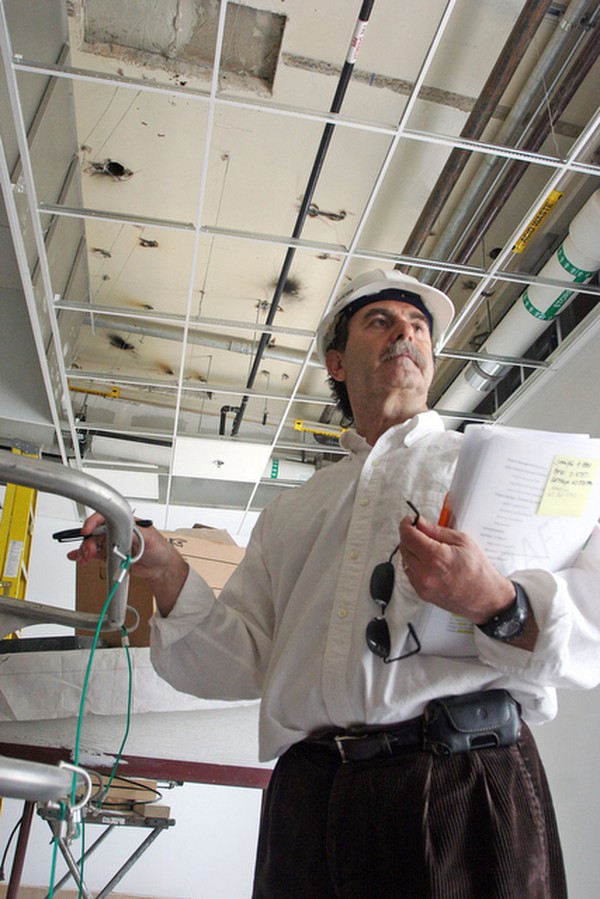 Sharat Ganapati / The Chicago Maroon
The University will reopen Searle Chemistry Laboratory June 1 after almost two years of renovation. The redesigned building will allow the chemistry department to hire more faculty, will house state-of-the-art equipment, and will serve as a temporary home for the Computation Institute (CI).

The $49-million renovation was funded in part by a donation by the Searle family, which helped fund the construction of the original building in 1968. It was designed with openness and energy efficiency in mind.

The renovations, which started in October 2007, left little untouched, according to project manager Daniel Albo, who called the work a “total gut rehab.”

A lobby with entrances onto South Ellis Avenue and the Snell-Hitchcock quad was added to the building, along with modern laboratories, administrative space. and green features that will earn the University its first Leadership in Energy and Environmental Design (LEED) rating for new construction, according to Albo.

Michael Hopkins, chair of the chemistry department, said the department looked to modernize their facilities with an eye toward the future.

“It’s designed in a very flexible way, so that as scientific trends change both for research and for instrumentation, it will allow us to adapt the laboratory in a very inexpensive way to accommodate those future directions,” Hopkins said. He is working on a proposal to build a clean room in the basement, which would facilitate nano-scale research.

“Because it’s brand-new space, it’s going to be very attractive to potential faculty recruits who will see that they are going to be in a cutting-edge, state-of-the-art laboratory. It’s going to be a great inducement to allow us to compete with the top universities in the country for the best people.”

Many of Searle’s laboratories have hoods that will save energy through motion detectors that will close them when not in use. Others will house modern mass spectrometry and nuclear magnetic resonance spectroscopy equipment, and there is space in the basement for larger equipment.

Like the rest of the building, the labs have been designed to make as much use of natural light as possible, in part as an improvement over the look and feel of the old building, as well as for environmental considerations.

“Everything is geared toward having natural light, not using as much energy, and keeping the lights off,” Aldo said.

CI and chemistry faculty were involved in the design, and Hopkins was one of the head designers.

“The goal was to balance a lot of demands,” said CI Director Ian Foster. “People do want private offices to some extent, but we also wanted it to be filled with light and open.”

Searle Hall will serve as a home for CI until the University completes the Computer Science building, which will take another three or four years, Albo said.

“We’re going to be in one space, and that will be really nice. Our people are currently distributed, so that will help us collaborate,” Foster said.

Currently housed in the Research Institutes building across from Max Palevsky, CI’s new, more central location may foster interdepartmental work, one of the Institute’s specializations.

After CI moves, the space will be converted into further laboratory and administrative space for the chemistry department.

The Searle family, who donated $10 million toward the project, was given a private tour of the renovated facility on Saturday. In an e-mail to the Maroon, Nancy Searle said how impressed they were with the space, speaking on behalf of the family.

“The family thought the building was beautiful, and everyone commented on the light-filled rooms. We thought the laboratory arrangements would be conducive to collaboration, and we especially liked the meeting rooms on each floor for scientists to interact.”