80 students danced the night away Saturday in a Technicolor-themed Ida Noyes, raising money for a local charity as part of the University’s eighth annual Dance Marathon. 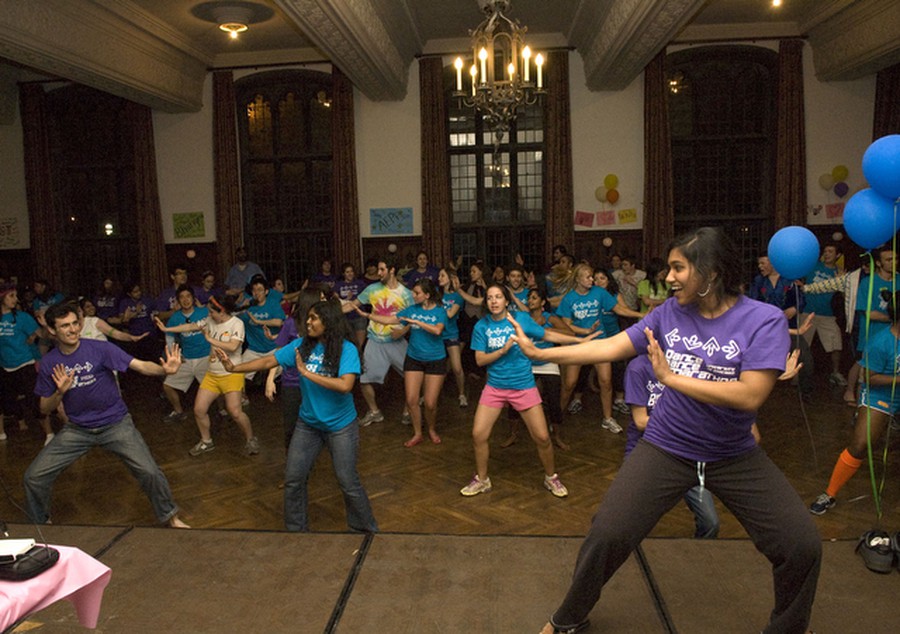 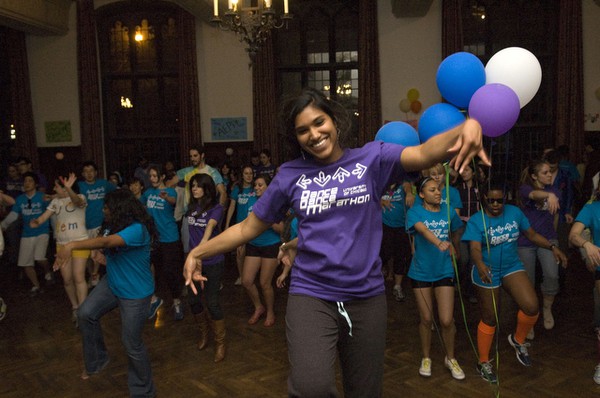 Shane Coughlan / The Chicago Maroon
Beneath an explosion of colors, 80 students danced the night away Saturday in a Technicolor-themed Ida Noyes, raising money for a local charity as part of the University’s eighth annual Dance Marathon. The event raised almost $10,000 for the Children’s Place Association, a Chicago-based charity that offers nursing care and treatment for HIV/AIDS-affected children.

“The Children’s Place Association is a wonderful organization,” co-recruiter chair and second-year Alicia Caillier said in an e-mail interview. “We chose them because they stand for such a great cause.” She added that the Dance Marathon organizers were impressed by the group’s foster care program that helps children who either lost a parent to HIV/AID or are orphans infected with the disease.

The Marathon participants danced for 12 hours, from 2 p.m. Saturday afternoon to 2 a.m. Sunday morning, exhausting many of the dancers. They were cheered on throughout the night by “moralers,” as well as volunteers providing food from Fuze and other sponsors.

University groups such as the Bhangra Team were also there to support the dancers by teaching a few dance moves to diversify the selection of steps.

According to the U of C’s Dance Marathon Web site, the national organization is the largest collegiate philanthropy effort in the world. It has been running strong at the University of Chicago since 2002. Dance Marathon public relations chair and fourth-year Jane Peng said the U of C chapter strove to make this year’s event the largest yet.

“Our number one goal every year is to raise as much money as possible for our benefit organization and to recruit as many dancers as possible. But this year, we are also trying to get DM’s name out and make it a bigger presence on campus,” Peng said in an e-mail interview, adding that the group raised an all-time high this year.

“It was, to say the least, an extraordinarily bright and colorful 12 hours,” she said.

The dancers enjoyed themselves, busting out their own special dance moves, from the shopping cart to the lawn-mower and a few moves never before seen.

Each school’s chapter of the group has its own unique “Dance Marathon Dance,” according to Peng. The U of C’s involves a choreographed dance to Rick James’ “Super Freak” that involves a clawing-like motion through the air, imitating Michael Jackson’s “Thriller” music video.

Callier said the highlight of her night was the special dance.

“I loved...making a complete fool of myself with my fellow board members. Imitating a T-Rex was my favorite part of the dance,” she said.

For Peng, the best part of the night was when she danced the U of C’s blend of ’80s-style moves.

“It was close to the end of the night, everyone was running on their last surge of energy, and we had just announced prizes and how much money everyone raised. Having the entire dance floor made up of people from such diverse groups all singing and dancing together with so much energy gave me a sense of community and reminded me of why I love DM,” she said.

As evening turned to early morning, there is little doubt that Peng, Callier, and others dancing the night away followed the advice found on the event’s posters: “Carpe DM.”