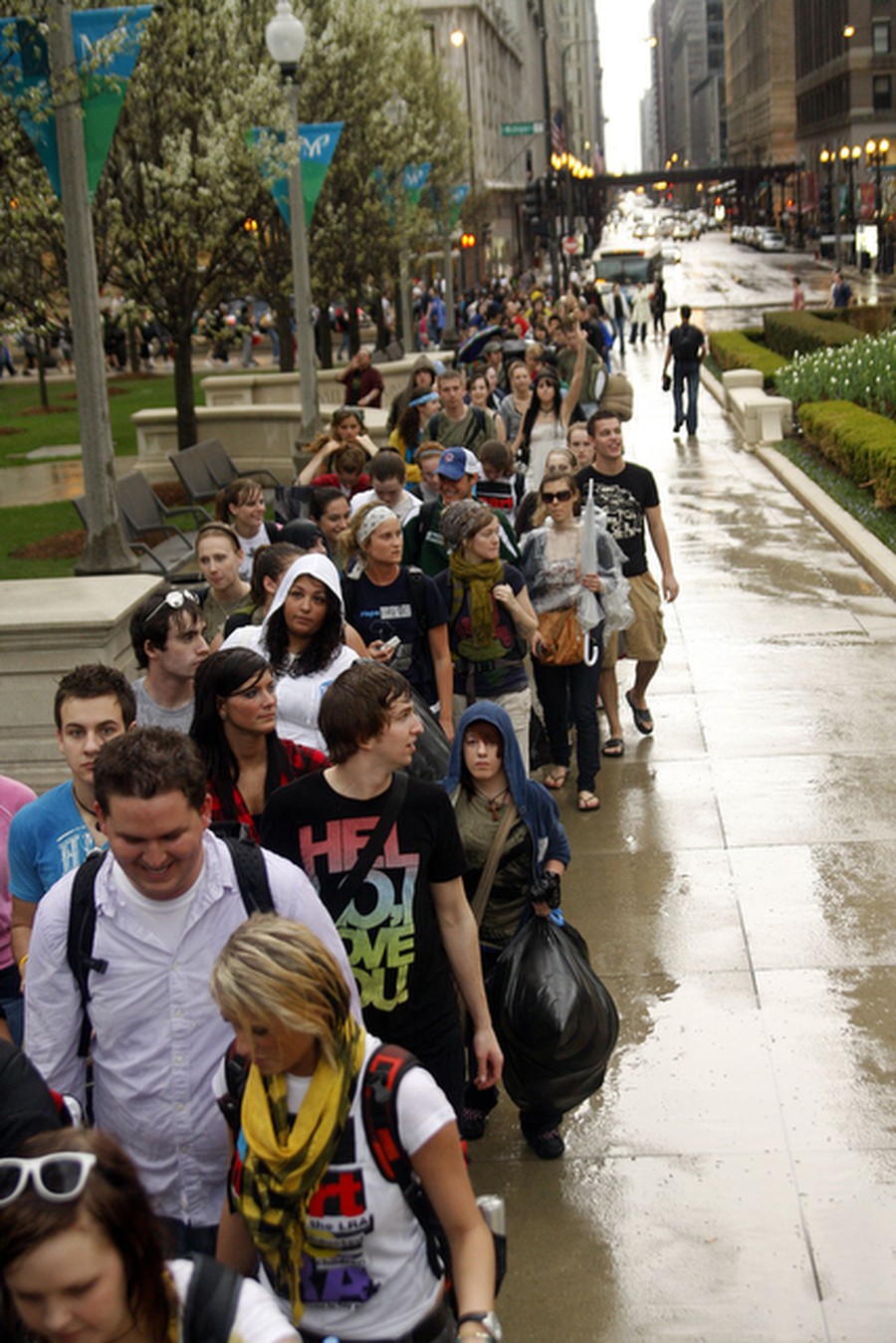 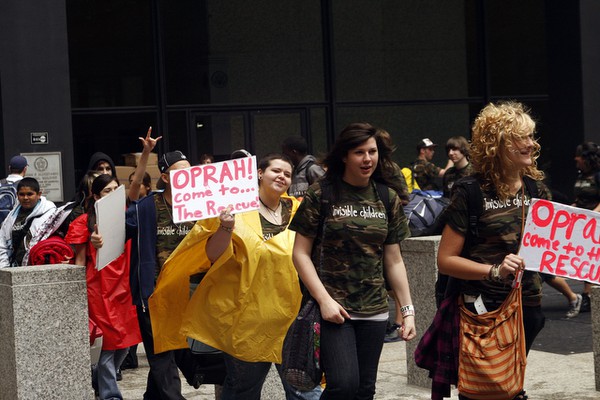 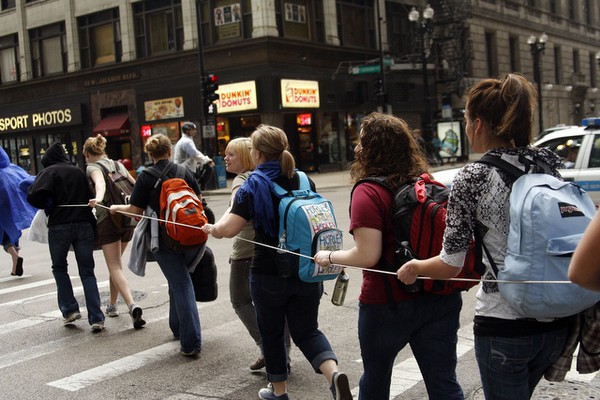 Eric Guo / The Chicago Maroon
Over 1,000 protesters from the human rights group Invisible Children “willingly abducted” themselves in Grant Park Saturday to show support for kidnapped child soldiers in Uganda, including several students from the University of Chicago chapter of the organization.

75,000 people in 100 cities worldwide signed up to camp out until a public figure “rescued” the protesters by voicing opposition to the kidnappings.

The Chicago group gathered at Federal Plaza and walked three miles through downtown to Grant Park, holding on to ropes to symbolize the way child soldiers are moved from place to place.

The protesters hoped to garner support from celebrities and politicians but faced harsh weather that had the potential to deter many supporters.

“While we were marching there was a torrential downpour and by the time we got to the camp ground we were soaking wet, the wind was picking up, and the temperature was dropping,” said founder of the U of C chapter of Invisible Children and second-year Lauren Gruebel.

“We were caught in a thunderstorm but the group never stopped marching until getting to Grant Park even though everyone was absolutely soaked,” vice president of the U of C chapter and second-year Stefanie Krieger said in an e-mail interview.

The downpour did not discourage Gruebel. “The weather definitely added to the ambiance of the day. It was inspiring to see 1,000 people walking in the pouring rain through the streets of Chicago to show our solidarity for children who are led through rain in the forests in Uganda and forced to kill others,” she said.

After news of an approaching hailstorm around 9 p.m., the 200 remaining Chicago protesters moved to an underground walkway, still hoping to be rescued.

“Once celebrities or politicians show up and rescue a city, some of the people from that city travel to another city...to sit with the people there until they have been rescued. They then move on to every city until all have been rescued. It will be interesting to see how long it will take for the remaining cities to get rescued.”

Media coverage was sparse, however, and protesters were racing against the clock—police told them they had to leave the walkway by 4:30 a.m. on Sunday.

Protesters speculated as to who might rescue them, hoping for big Chicago names like Kanye West, Michael Jordan, or Oprah.

“Many politicians and celebrities came out to show their support throughout the country including Pete Wentz, basketball and baseball players, CEOs and politicians,” Greubel said. “However, as of 4:30 p.m. on Sunday there are still 14 cities that have not been rescued, including Chicago. I think that is extremely disheartening, especially for Chicago because we live in such a politically conscious and international city.”

As of Monday evening, some protesters were still downtown, having moved to a gym on the 900 block of West Eastwood Avenue.

Invisible Children was founded by three students at the University of South California in 2003 after they went to Northern Uganda to film the war. The students created a documentary with images from their trip, where they saw thousands of kids commuting to bus stops every single night to avoid abduction by the Lord’s Resistance Army.

According to Gruebel, the documentary “created a movement for the youth of Uganda by the youth of America.” Invisible Children has become a nationwide campaign that targets churches, universities, high schools and camps.

Krieger said that she thought the event made a difference, despite failing to draw celebrity attention. “Everyone around the city was asking us what we were doing and why we were there. I think it’s powerful to see people so passionate about a cause; it makes people want to learn more about it,” she said.