Women’s lacrosse takes it outside for jam-packed opening weekend 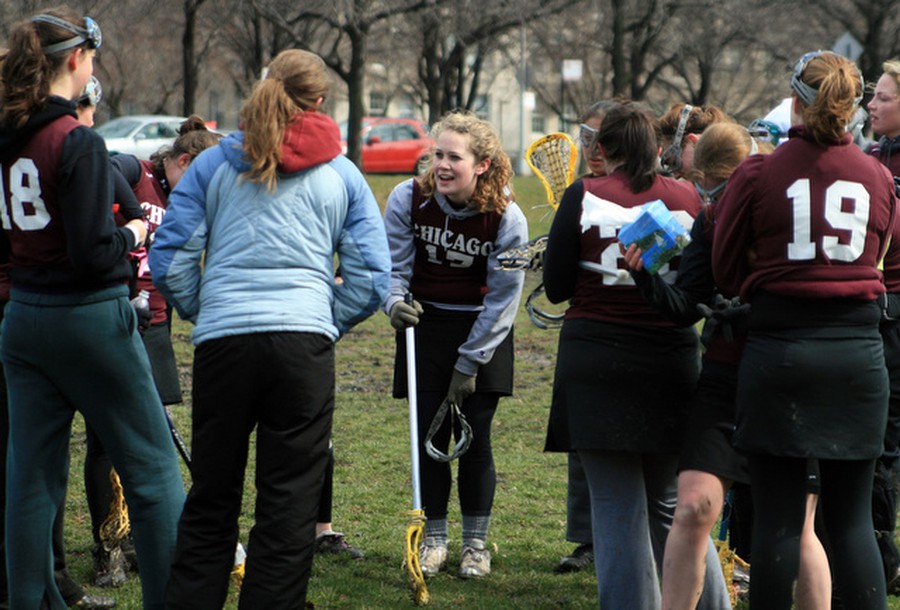 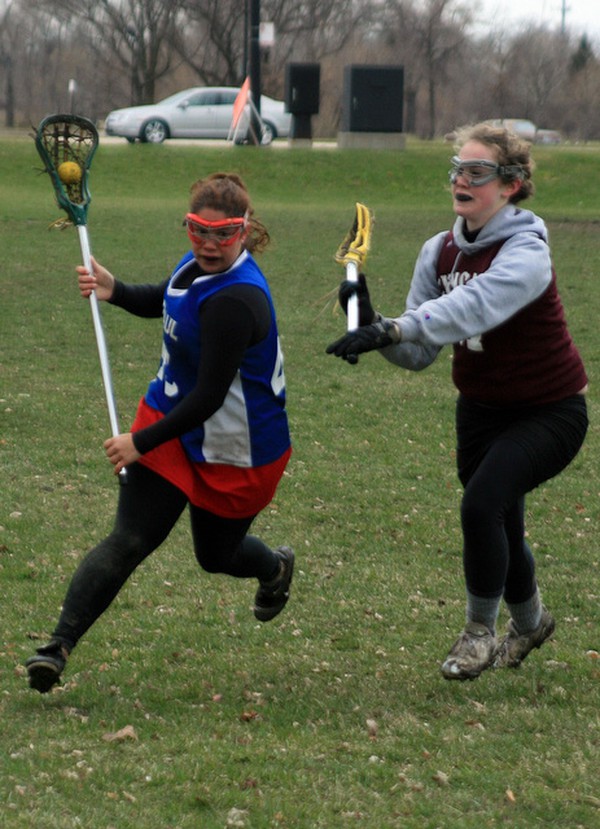 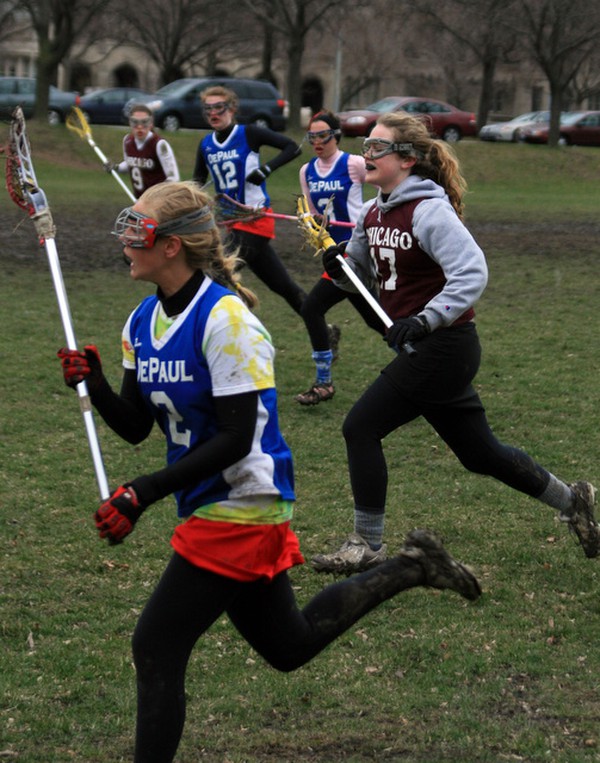 Sherrie Xie
The scene Sunday morning on the Midway probably would have been a strange one for someone not familiar with lacrosse: 24 women racing back and forth across a pit of mud, swinging sticks with nets on the end and chasing a tiny yellow ball as it flew through the air and inevitably buried itself in the ground.

In fact, with the conditions the women’s lacrosse club was facing Sunday morning for its annual spring tournament, it might have been a strange sight even for the most enthusiastic lacrosse aficionados. Still, after months of practicing in the confinements of Henry Crown, the club was more than happy to get out on the field for four games over the weekend to kick off official play.

“It was lots of fun. It’s great to be with the team for the whole weekend; there was a period of maybe eight hours that we didn’t see each other between Saturday and Sunday,” first-year Hannah Joy-Warren said. “It’s a lot of fun regardless of whether we win or lose…. It’s great when the season’s actually here, even if it’s only two weeks long.”

With four games over a two-day stretch, Chicago completed half of its official season with a 1–3 record this weekend. After falling to Marquette and Wisconsin on Saturday in Madison, Chicago came home for a muddy win over Robert Morris, and then closed the weekend with a loss to DePaul.

In such a short season, even preseason practice is crammed. The squad practiced outside for the first time last Monday, and Saturday’s trip to Wisconsin was an opportunity to get accustomed to the outdoor field.

“The first game was kind of tough for us,” fourth-year captain Virginia Corbett said, “and then as we progressed, we got better and better, and we started getting a feel for the space and transitioning the ball up the field.”

Saturday’s 11–3 loss to Madison and 10–3 loss to Marquette helped the squad shake some of the rust off and begin to use more of the field, leading to better results the next day at Chicago’s home tournament.

With three games on the docket for Sunday, the weather wasn’t kind. The team woke up early in order to paint lines on the damp field, and the Midway was a mudslide by midmorning.

Chicago came out strong against an inexperienced Robert Morris team, earning a 14–1 win in a sloppy game.

“The first game was against Robert Morris was really bad lacrosse just because it’s hard to play when the other team has no idea what they’re doing,” Joy-Warren said. “It wasn’t good lacrosse, but we got to score a lot, and that…made us feel better after Saturday.”

In their fourth game in 24 hours, a tired squad dropped a 10–2 decision to DePaul.

“We could have won that game. We were really tired, and they really got us on the fastbreaks,” Joy-Warren said. “We definitely got really tired because we couldn’t keep it down on offense.... We’d get panicked and make a bad shot, and they’d just get the ball.”

The last game, against Xavier, was cancelled because of wintry precipitation.

After their jam-packed weekend was cut short, the team is excited to continue playing this afternoon at Wheaton. They’ll finish the season at UIUC next weekend.

“We’re trying to play together,” Corbett said. “I feel that…now they’ve kind of got a taste of what it’s like, they’ve had a day to rest, and I think we’re feeling good coming into these next games.”

It’s a miniscule season in comparison with the work that the team puts in over the course of the year. Playing exhibition games in the fall, the team practices five or six days a week to refine their play in preparation for competition in the spring. They move indoors for the winter, but the practices continue four or five days a week in Henry Crown.

And finally, spring, and a season abbreviated by the University of Chicago’s academic calendar and the schedule requirements set by the Women’s Division Intercollegiate Associates (WDIA). Because of Chicago’s finals in mid-March, the lacrosse players have to wait until after spring break to begin playing outside, while many other teams begin playing at the beginning of March. At the back end of the season, the WDIA requires teams to finish divisional play by mid-April, giving Chicago a matter of weeks to complete its season.

In Hyde Park, that short spring can mean playing in some rough conditions, but the club is fine getting a little muddy if it means a good game.