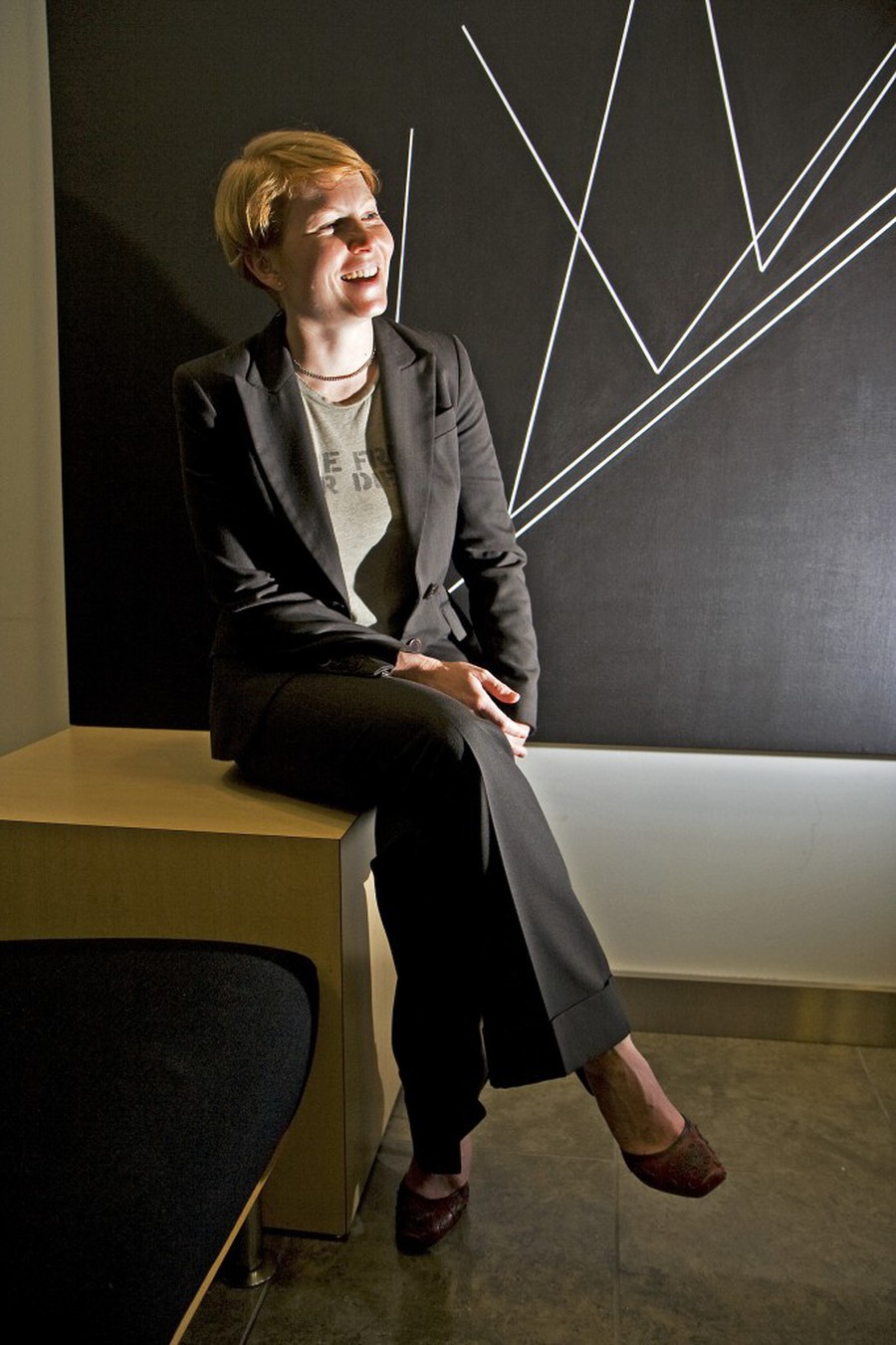 Author and blogger Ana Marie Cox (AB '94) spoke about her career path as part of an Alumni Board of Governors event last Thursday in the Gordon Center for Integrative Science.

Ana Marie Cox (A.B. ’94), an Air America Media national correspondent, former Time Magazine correspondent, and founding editor of the political blog Wonkette, shared tips on how to have a successful, fulfilling career with students in the Center for Integrative Science on Thursday.

Cox’s talk was the second annual career lecture of the Distinguished Speakers Series, a set of lectures jointly sponsored by the Student Alumni Committee and the Alumni Board of Governors.

“Don’t be afraid to do stuff that has no point,” said Cox, who launched her career by composing witty e-mails to a listserve she was on and keeping a personal blog.

That blog soon became Wonkette, a liberal Web site she started in early 2004 that mixed political insight, Washington gossip and an irreverent tone. It began winning awards in 2005, but by 2006, Cox had already moved on to Time, where she covered John McCain’s presidential campaign.

“McCain was really interesting. That campaign was kind of a trainwreck,” she said. “I can’t imagine I would have had as good a time [covering Obama].”

At Time, Cox said reporters lost sight of their identies. “People there confused who they were with who the institution was...There was a belief that the institution itself was important,” she said. She counseled students to remember, “You are not your job.”

But Cox was far from arguing that gaining prestige was unimportant. “Selling out is okay. I’m still hoping to do it at some point,” she said.

Cox emphasized that when success comes, it is important to “keep your vanity in check.” She brushed her own fame aside. “The problem with being Internet-famous is that you have to tell people that you’re famous,” she said.

In the question-and-answer session following the talk, Cox explained to audience members concerned about the state of the media industry that passion would keep journalism afloat. “I don’t think we have to worry about journalism disappearing....Journalism is a lot like punk rock,” she said. “There are always people at the edges who want to do it better than the people who are doing it now.”

She advised students not to worry over the lack of a journalism degree program at the U of C. “I think studying the thing that you want to write about is the best training for a journalist,” she said.

Cox said in an interview before the talk that the University itself seemed to have changed for the better since she left. “It seems so much nicer, or maybe I was too tied up in my thoughts to notice [then],” she said. “The school has decided to invest so much more in student life and not just student work,” she said.

There was one thing which she said hadn’t changed. “It’s strange. Ida smells exactly the same way. It’s probably the bar in the basement,” she said. “I firmly associate [that smell] with going to work at the Maroon.”

Correction: the print version of this article incorrectly implied Ana Marie Cox was concerned over the creation of Chicago Careers in Journalism. In fact, she expressed dissatisfaction over a possible journalism degree program.