Cutting down original Carmen proves no tragedy for COT 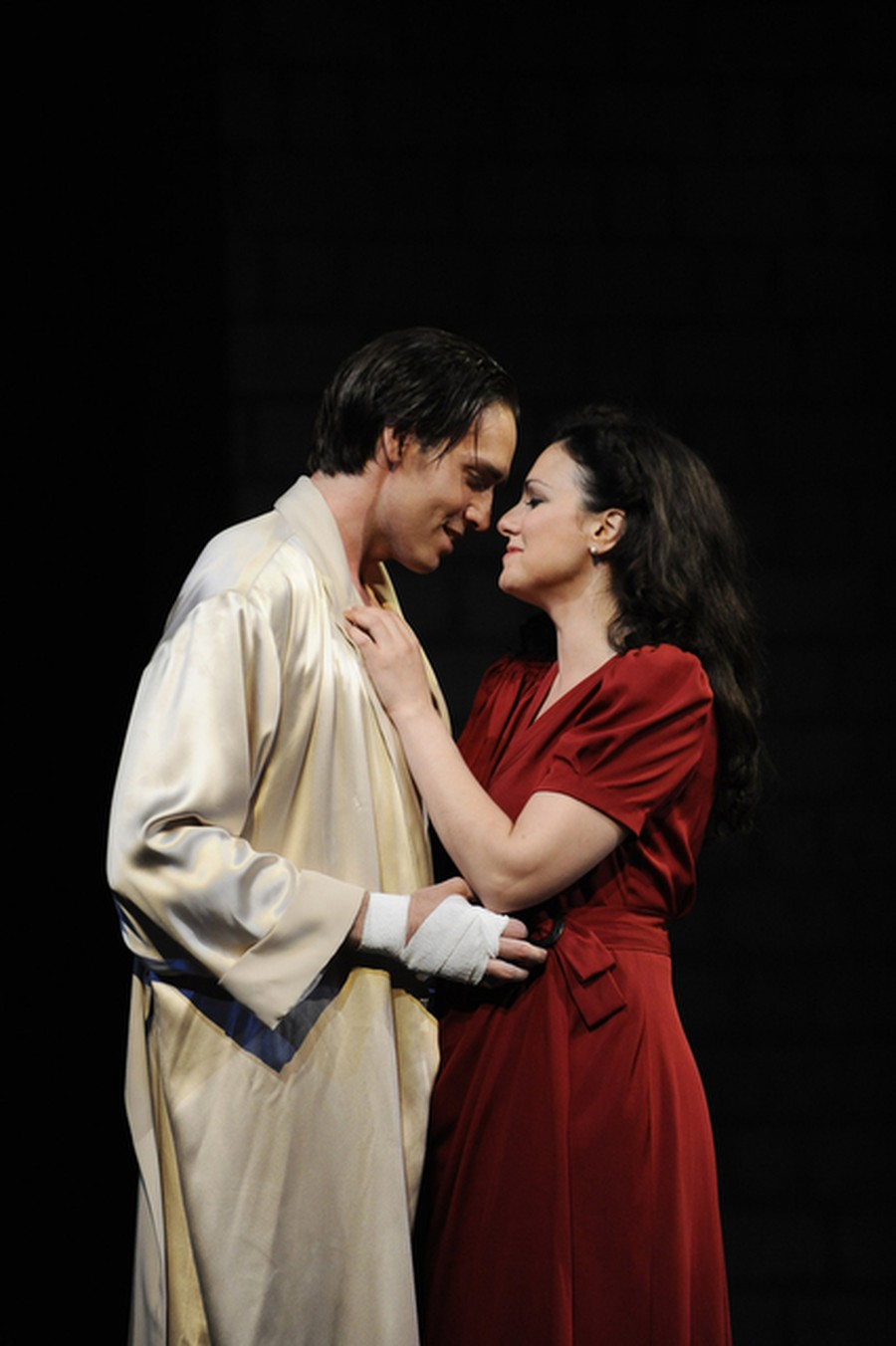 At only 90 minutes long, Peter Brooks’ Tony award-winning adaptation of George Bizet’s La Tragedie de Carmen may not be quite the same as the original. But with a spare set, modest costuming, and a small cast, the Chicago Opera Theater’s (COT) production compels its audience to focus on the pure beauty of Carmen’s music and story.

La Tragedie de Carmen revolves around the themes of fate and obsession. At the center of this story is Carmen, a beautiful gypsy fated to die an early death. Though pursued by countless suitors, she is unwilling to commit to a man, declaring, “Free I was born, and free I shall die!”

A stellar cast of six brings the epic tale to life. With four singing and two speaking parts, the production does not leave much room for error. In the role of Carmen, Sandra Piques Eddy is positively seductive. Eddy captures Carmen’s nobility as a free-spirited woman determined to be true to herself, even when her character does despicable things to other people. The award-winning mezzo-soprano manages to inflect some real emotion into her singing, although her voice lacks the consistency of some other cast members’.

In contrast, Krenare Gashi, who plays Michaela, maintains an admirable degree of consistency and purity in her voice. Light and ethereal, her singing perfectly suits her role as the childhood sweetheart of Don José. Noah Stewart, who plays Don José, subtly conveys the obsessive love his character feels for Carmen, and gives a spectacular rendition of “The Flower Song.” As Escamillo, Michael Todd Simpson sings beautifully in “The Toreador Song,” which he delivers with amusing bravado. Simpson is consistently funny in his role as a macho man, and his rich, deep voice makes you understand why Carmen falls in love with him. In his speaking roles as Lillas Pastia and Garcia, Rick Snyder delivers his consistently hilarious lines with great timing.

However, director Andrew Eggert at times demands an excessive degree of physical intimacy between his performers. Eddy’s aggressive seductions occasionally look forced and strange rather than sexy, and a scene in which she kisses another character onstage is much too long to be sensual. While a sense of sensuality in this opera is absolutely appropriate, it is important that it is tasteful and well executed, and this is one aspect of this production that could be improved.

Eggert’s staging of this opera is artful. In the many duets and trios, the performers traverse the stage dramatically, particularly during fight scenes and scenes where a rejected lover watches his or her beloved with another person. Entrances and exits are elegantly timed to increase the drama of the story. The production’s lighting is also effective, intensifying dramatic moments and underlining central scenes. The lighting especially helps Eddy, whose vivid facial expressions express so many wordless emotions. Conductor Alexander Platt does a fabulous job. The music is gorgeous, swelling at dramatic moments and delivering Carmen’s familiar songs with flair.

Although condensed, Brooks’ adaptation still includes much of what is memorable and wonderful about the original, stringing together many of the original’s most famous songs and scenes. With a remarkable cast, elegant staging, and wonderful music, La Tragedie de Carmen is direct and evocative, and would serve as a fantastic introduction to opera.