Set, acting get high marks in TimeLine's the History Boys

The History Boys explores the relationships between students and their teachers and interrogates how our recollection of the past is often an indistinguishable mix of truth and lies. 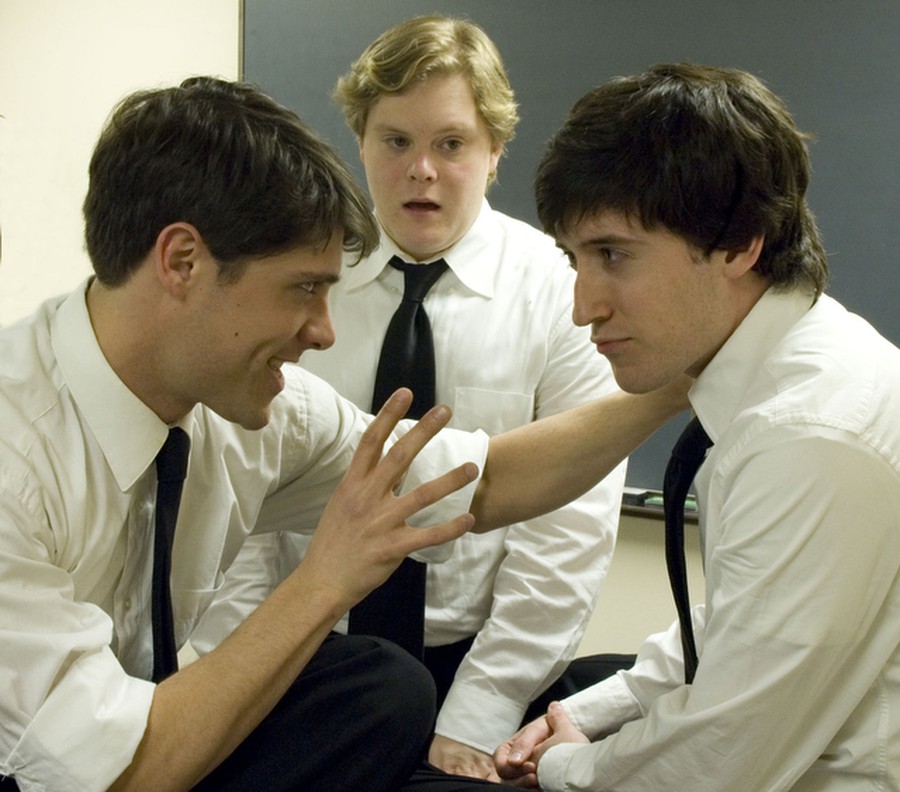 With its production of Alan Bennett's The History Boys, Chicago's TimeLine Theatre invites you back into the classroom and, for some of you, the boarding school dormitory. Anyone who remembers a teacher who changed their outlook on learning or went the extra two miles to impress his or her favorite teacher will appreciate TimeLine's take on this blockbuster play.

Set in early 1980s Britain at the height of Thatcherism and the punk movement, The History Boys explores the relationships between students and their teachers and interrogates how our recollection of the past is often an indistinguishable mix of truth and lies. The play follows a group of eight rowdy but brilliant boys from a Sheffield grammar school in their final term as Sixth Form history students, each in pursuit of acceptance to Oxford or Cambridge after receiving record results on their A-levels. Hoping he can use the boys’ entry into Oxbridge as a selling point for the school, the school's headmaster hires a young new teacher named Irwin to mold and polish the boys into the “right” kind of student for these prestigious universities. Irwin teaches the boys that literature isn’t always right, and that truth is irrelevant and can be distorted. Essentially, his goal is to make the boys think independently by rewriting history in their admissions essays—the all-important last hurdles before Oxbridge—even if it's at the expense of truth.

This method of teaching proves controversial with Hector, the boys’ mentor and English teacher, who teaches them the intrinsic value of knowledge and decries the obsession with test results and grades. The boys love and respect Hector, but he is often a punch line for them because of his penchant for fondling those he takes home on his motorcycle, something the boys find more amusing and pitiable than worrisome. In the role of Hector, Donald Brearley brings a swagger to the character and a buzz of energy and enthusiasm. In a role that could easily become hammy, Brearley maintains a balance between lightheartedness and utter frivolity, and imbues the character with an imperious authority which he occasionally unleashes with unexpected violence.

Andrew Carter, playing the role of Irwin, is a strong foil to Hector. The role requires him to play the stuffier, more boring character, yet Carter never allows the lack of showiness of his role to limit his commanding presence on the stage. His authority is quiet and controlled in opposition to Brearley’s “anything goes” attitude. He carries himself with a confidence that suggests great wisdom, despite his young age. He conveys a sense of loneliness and suppressed vigor which makes his role all the more attention-grabbing for its gravity, in comparison to Brearley’s flamboyancy.

The titular cast of boys does a wonderful job, particularly lead pupil Posner (Alex Weisman), who faces prejudice for being a chubby gay Jew, yet wins my favor for his lovely singing voice; and also Dakin (Joel Gross), the pretty boy and “star” of the student cast, who shows great poise in one of the most demanding roles of the play. Gross steals many scenes along the way, particularly when he goes trouserless. The only stumbling blocks are the accents: the boys' attempts at Sheffield accents sound more like a cross between Irish and Tennessee Southern.

But to be honest, the true star of the play here is the set design by Brian Sidney Bembridge. The attention to detail in the dormitory section of the stage allows the audience to truly get a sense of each of the personalities of the student characters, even those who are not in the fore of the show. The dormitory section is in stark contrast to the teacher’s lounge and grammar school set on the opposite side of the stage. The basketball court-like staging allows the play to unfold almost like you’re seated right in the middle of it. It’s a unique design and is rendered perfectly for the show.