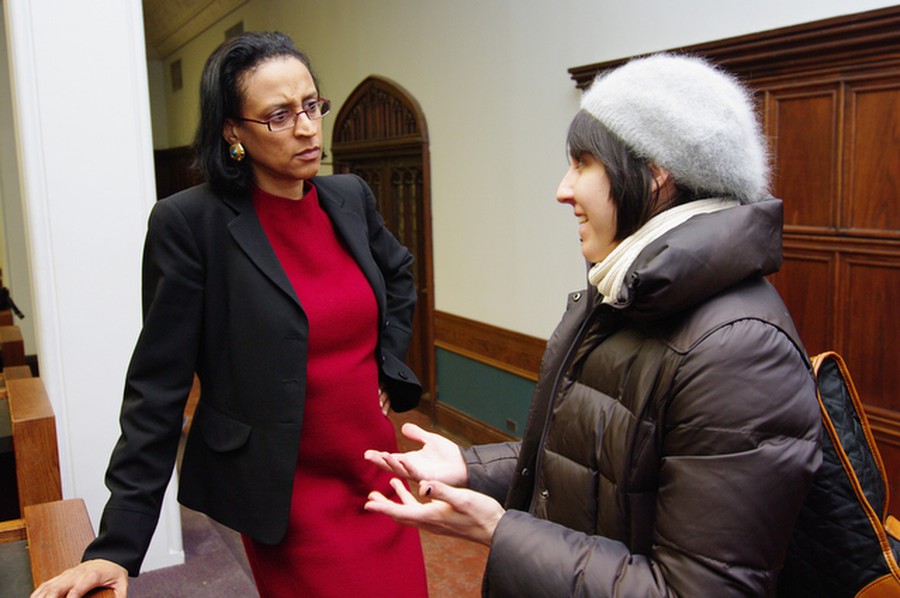 All aspects of student health care will soon be under one roof, funded in part by an increase in the student life fee, administrators said Monday.

“We’re forming an integrated health service under one leader, and hopefully one space,” Vice President for Student and Campus Life Kimberly Goff-Crews said.

He will lead the yearlong process of incorporating the Student Care Center (SCC) and Student Counseling and Resource Services (SCRS) into one department.

Plans are also underway to find both a short- and long-term home for student health care “in the heart of campus,” Goff-Crews said. Even moving to the short-term location, however, may take two years because “space is clearly at a premium.”

The costs of hiring a director, restructuring departments, and moving to a new location, will need to be partially defrayed by students. “This will be a substantial investment,” Goff-Crews said. “Student fees will have to support some of this change.” It is too early to know how large the increase would be, she said.

Deputy Dean Martina Munsters said having a centralized location would improve preventive services, including exercise and health education programs, which are currently split between Ratner, the SCRS, and others.

“There will be a strong educational component, which will allow doctors to spend more time with you about what it means to be a health consumer,” Munsters said.

The plan would also standardize responses to health issues, like eating disorders, which require both mental and physical care. “There are differing views about how you support people with eating disorders,” Goff-Crews said. “There’s currently no mechanism to bring them together when [the SCC and SCRS] might be in conflict.”

The new location would be an improvement over the current SCC in the medical center, Burnet said, which is outdated and requires frequent repairs. But whether health services would eventually be moved to an existing building or a newly constructed one was still undecided, and administrators differed on the likelihood of each scenario.

“There’s been talk about building a new space, but it’s unconfirmed, and we don’t know where it would be,” Burnet said. “It makes sense to have, and most likely build, a new physical space for the Student Care Center.”

Goff-Crews said the University was “not likely” going to build space expressly for the new offices.

The University commissioned a study last winter on campus health care, whose results echoed student complaints about long wait times at the SCC. The study recommended both an executive director and a shared space.

Goff-Crews had few details about how the transition would be implemented because administrators didn’t want to tie the medical director’s hands before hiring him.

“We know the end point, but the director will have to drive that process,” Goff-Crews said. “I don’t predetermine it for them.”

Graduate Students United member and fourth-year anthropology graduate student Duff Morton said he supported having one central figure accountable for health care on campus but was skeptical about the cost.

“The core issue is underfunding. The SCC is significantly less well-funded than our peer institutions,” Morton said. “This could make the problem worse by creating a salaried position that would presumably cost a lot. But if this is a step towards spending more money on student services, then it’s great.”

Goff-Crews said the University will hire more student-dedicated doctors and nurses, on top of the doctor and two nurses she added to the SCC over the summer.