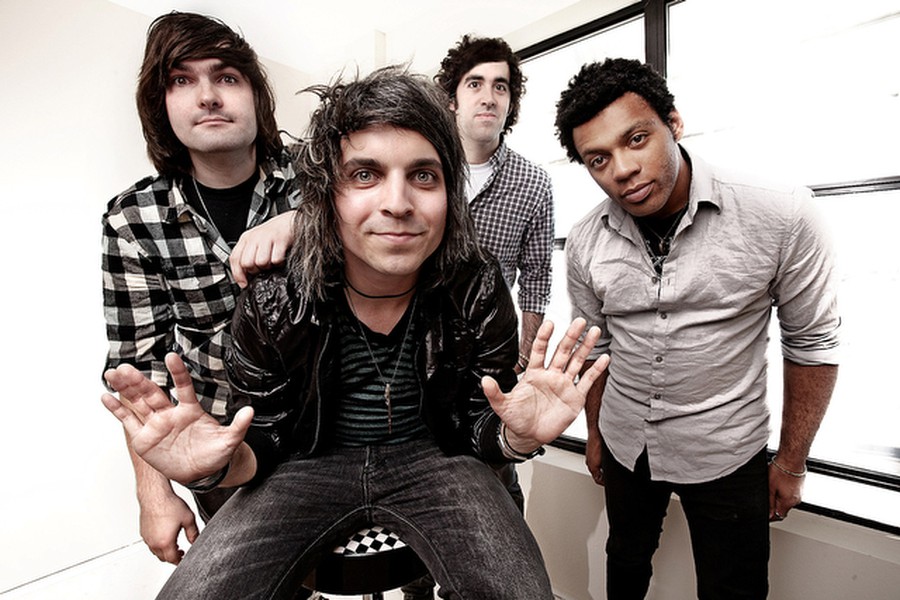 Pop-punk up-and-comers The Friday Night Boys caught a lucky break—not from a talent scout, but from legions of internet fans. Following the unexpected online popularity of their self-released The Sketch Process EP and the release of their first full-length album Off the Deep End, the band has embarked on their first headlining tour. Along with other Fueled by Ramen bands Anarbor, The Bigger Lights, and the Ready Set, the Boys will bring the Once It Hits Your Lips Tour to Chicago’s Beat Kitchen this Sunday. While doing some last-minute packing in his hometown of Fairfax, VA, vocalist and guitarist Andrew Goldstein was able to spend some time reflecting with the Maroon on the band’s humble beginnings, the consequences of recognition, and adapting to the touring lifestyle. Chicago Maroon: The Sketch Process EP was self-recorded. How did that experience help shape the album?

Andrew Goldstein: It was cool. We actually recorded in a friend’s basement. He had nice recording stuff. We didn’t have a producer, so we had to use our best guess. It turned out well, and we ended up really proud of it. With no budget, we were paying my friend whatever money we had at the time. It wasn’t done in some studio with plaques on the wall.

CM: The scene you guys are part of now, with Fueled by Ramen, is a lot different than the bare bones process you’re talking about. It seems to have gravitated to a younger crowd in the past few years. How has this affected the band?

AG: Our fans have never been older guys. Usually girls, as with a lot of pop. We’re always looking to expand to something everyone can enjoy. Although, you always want to be honest with yourself and try not to be something you’re not.

CM: Your songs seem to be based on the familiar pop convention of infectious hooks, which are also a cornerstone of Fueled by Ramen bands. When you’re writing, what comes first: verses or hooks?

AG: It’s actually different every time. You can be inspired anytime to write a song. We might write a song in three hours or three weeks, or have an idea for a year and then finally finish it. Maybe even if you’re messing around on guitar, you get a cool riff or melody or a song title or line before the song to build around. It just depends whatever comes first.

CM: The process you’re describing seems to embrace certain spontaneity. Is it a product of the sudden lifestyle change that comes with touring so frequently?

AG: It depends. Sometimes we write on the road. It’s just more difficult when you play a show, talk to the fans, then immediately have to head to the next place. By the time you get to the hotel, it’s 4:30. Sometimes you get something messing with the band in the van in between shows. Sometimes in sound check, pre-show. I try to write everyday at home, since it’s a little more difficult to write on the road with minimal time.

CM: Where do you guys regularly draw inspiration from? What were some of your early influences?

AG: Some favorites have always been Oasis, Third Eye Blind, Jimmy Eat World, Nirvana, and Blink 182—stuff along those lines. At the time of the EP it was all about pop-punk: lots of Blink 182, Sum 41, and stuff.

CM: And what about the hip-hop side of the ’90s, Biggie and Pac. Who’s influenced you more?

AG: Tupac. Not trying to say one is better than the other, but personally.