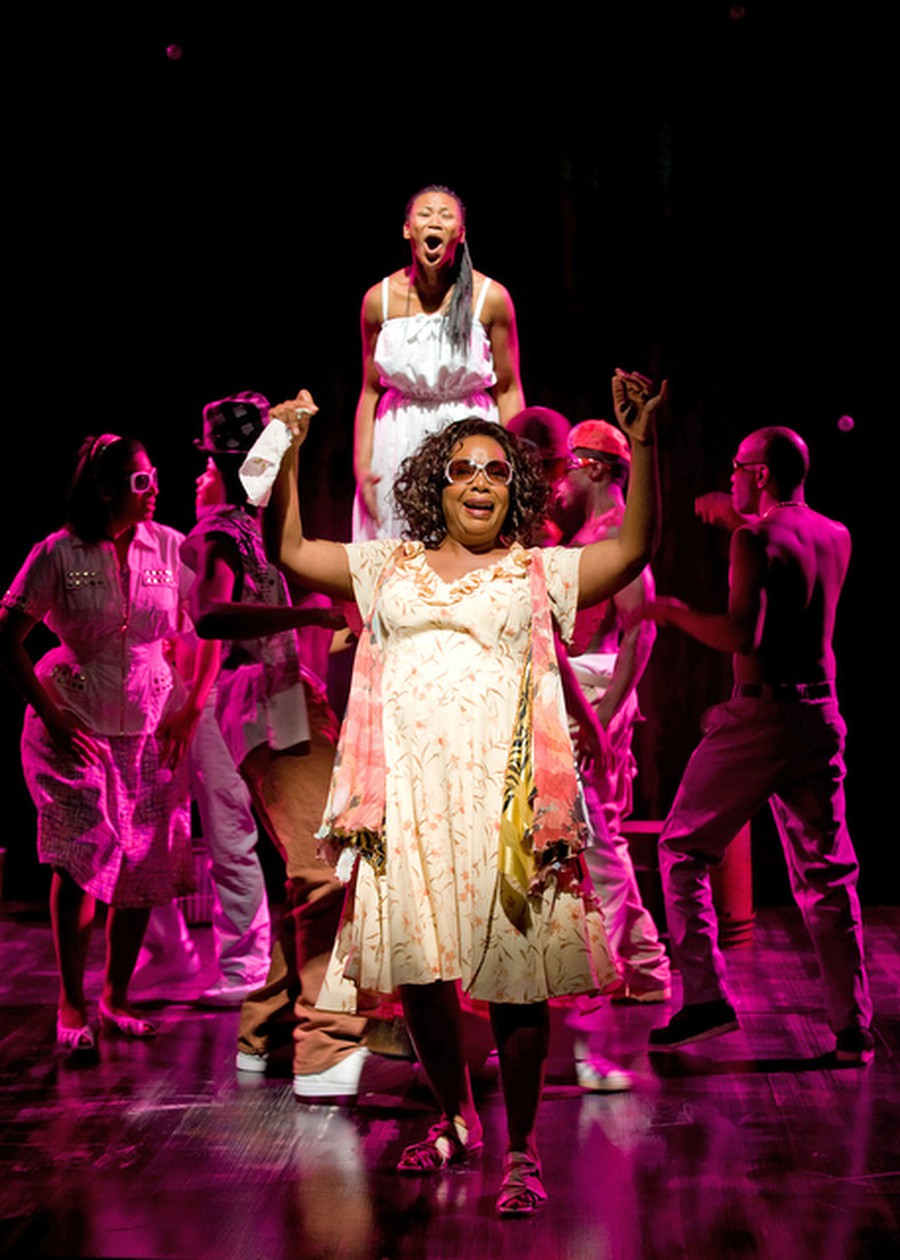 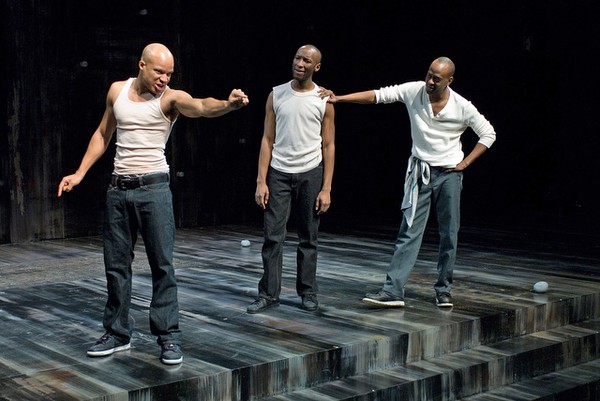 The lights fade as the last murmurs of the sentence “End play” echo through the theater. Indeed, the last of the three segments of Steppenwolf’s staging of The Brother/Sister Plays, written by dramaturgy wunderkind Tarell Alvin McCraney and sensitively directed by ensemble member Tina Landau, had ended, but the trans-generational narrative, both intimate and sweeping, remains beautifully complex and unresolved.

The Brother/Sister Plays is a three-part series consisting of In the Red and Brown Water, The Brothers Size, and Marcus: Or the Secret of Sweet. The works don’t trace a single story or resolve a single problem. Since the plays don’t portray a continuous storyline, they can be seen in any order. In the Red and Brown Water is the longest play, with a running time of two hours, and is shown on alternating evenings; the latter two hour-long plays are shown back-to-back every night. Like one’s own infinitely varied interactions with the people in their lives, some characters’ presences are fleeting, while others endure. Some characters recur and others disappear, never to be mentioned again. The plays don’t explore causation, but relationships and their processes: An aging Ogun re-evaluates the homoerotic relationship he condemned, while young Marcus wanders a path to self-discovery.

The Brothers Size explores the fraternal relationship between Ogun (K. Todd Freeman) and Oshoosi Size (Phillip James Brannon), as illustrated through Ogun's confusion and fury about Oshoosi's homoerotic experiences with Elegba (Glenn Davis), his former cell-mate in prison. One moment the brothers are breaking into a spirited rendition of Motown songs, complete with jubilant, Jackson 5-style choreography, and the next, they are spitting scathing words at one another with such ferocity that the audience can almost feel the anger balling up in their own throats. It’s this complicated, sometimes incomprehensible dynamic that makes the characters feel so accessible and recognizable; they have the easy comfort and tendency toward provocation all siblings share. Phillip James Brannon’s Oshoosi is compellingly emotive in both his excitement and despair, while K. Todd Freeman perfectly captures the dynamic of an older brother who has to be both a parent and a friend.

The relationship between Oshoosi and Elegba is tender and tumultuous, and moments of sensuous, graceful pas de deux are punctuated with hyper-masculine grunts. The men who had just been embracing each other with lust and profound affection turn and ball their hands into fists, as though torn between their romance and the social expectations that prescribe a hyper-masculine, heterosexual identity.

The characters speak the stage directions, which seemed gimmicky and frustrating at first. The contrast between the passionate dialogue and the blasé recitation of the directions broke the illusion of the self-contained scene and emphasized the artifice of the scenario. However, in the eloquent mouths of the brilliantly talented cast, the directions allowed a degree of access into the characters’ inner monologues. If anything, the spoken stage directions, in which the actors stepped out of character, successfully illustrated how fully they embodied their roles throughout the rest of the play.

Marcus: Or the Secret of Sweet portrays a young man’s poignant quest to understand himself by uncovering and arranging familial secrets and half-truths. In this play, Glenn Davis, who plays Elegba in The Brothers Size, is cast as Elegba’s son, Marcus. The bespectacled, endearingly cloying teenager is struggling with his sexual identity, hoping to construct a sense of self by learning about his absent father. Marcus asks everyone, from his evasive mother (played with elegant restraint by Ora Jones) to sardonic septuagenarian Aunt Elegua (played impeccably by Jacqueline Williams) to tell him stories about his father. The guilelessly innocent teenager wants to know if his father was “sweet,” a euphemism for “gay” that one of the characters claims originated during slavery, when malicious masters would pour sugar into the open wounds of slaves caught having same-sex intercourse.

When the last play’s characters declare, “End play,” only part of the story has been told. McCraney writes a narrative that weaves together generations and geographic locations, dividing the overarching narrative between different days. The cast’s brilliant acting makes the characters appear so alive that it doesn’t seem their stories can end with the fading lights. As I put on my coat and headed for the parking lot, I found myself hoping that somehow Elegba and Oshoosi would live and love in peace, and that Marcus would gain some understanding of his absent father and, in the process, of himself. The Brother/Sister Plays were ones I wished wouldn’t end.