“Just finished getting crushed,” a doctor wrote, referring to the volume of injured patients at the camp, “67 patients on 3 buses, after dark. Conditions quite intense, quite rough. Running short on tents, short on hands, several generators now, security intact. Many quite vulnerable people. Hungry and tired.”. 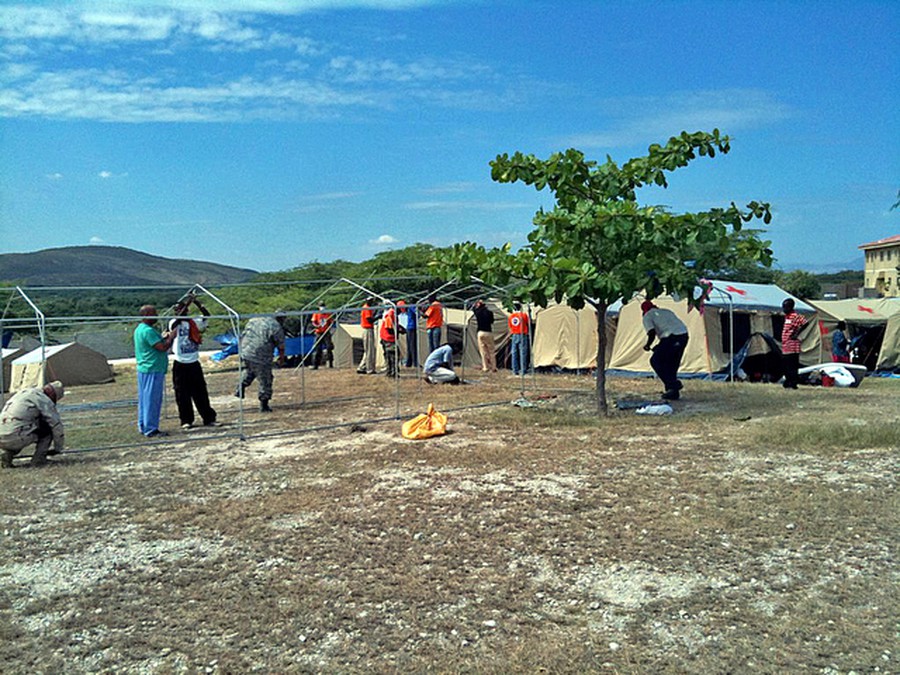 Courtesy of U of C Medical Center 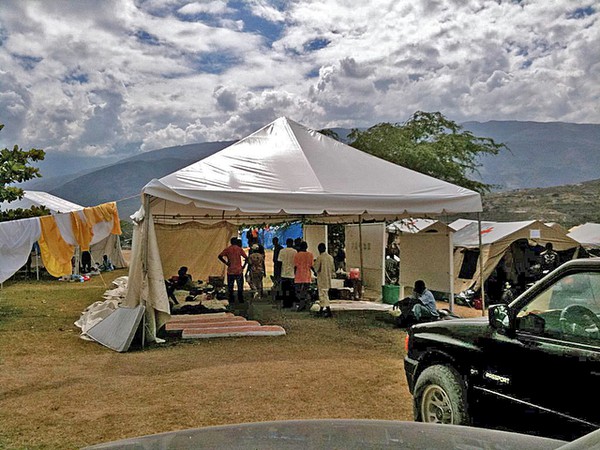 The University Medical Center sent two teams of physicians and nurses to Haiti last Monday in an effort to provide medical aid to victims of last month’s earthquake. One team was sent to Port-au-Prince; the other, to a town called Fond Parisien near the border of the Dominican Republic, along with 1,100 pounds of medical supplies.

The University presence in Fond Parisien will last until at least the end of February; a University press release did not mention how long the Port-au-Prince team would stay.

John Easton, a medical center spokesman, said the internally displaced persons camp in Fond Parisien is extremely busy, secure, and currently operating on around 20 patients a day. He forwarded a text message that team leader and professor of emergency medicine Christian Theodosis sent after his first day at the camp.

“Just finished getting crushed,” Theodosis wrote, referring to the volume of injured patients at the camp, “67 patients on 3 buses, after dark. Conditions quite intense, quite rough. Running short on tents, short on hands, several generators now, security intact. Many quite vulnerable people. Hungry and tired.”

Easton said it wasn’t clear how many more Haitians would be treated at the camp. “Many of the patients have had amputations and are also, since the earthquake, homeless,” he said in an e-mail.

Chrissy Babcock (M.S. ’09), an emergency physician and instructor who will leave for Fond Parisien this weekend, said there are currently 500 people housed at the camp at Fond Parisien, about 200 of them patients, with at least 1,000 more are the way.

“A lot of it is social support as well,” Babcock said. “You really have to rely on your physical exam skills. You have to rely on the story and what’s going on with someone more than your equipment.”

Babcock said doing triage work in devastated countries like Haiti is a unique experience. “You don’t have laboratory tests, you don’t have any imaging. It’s a different way of practicing medicine.”

Easton said that 160 people volunteered for the University’s mission as of Friday, which allows for rotating teams of volunteers on two-week rotations. Babcock and Theodosis will remain through February.

Easton said employees working in Haiti would continue to be paid.

“The best part about this is the collective response of the entire University of Chicago community. It’s phenomenal,” Babcock said. “There’s no other institution in the area that’s given even close to the amount of support that we’ve had here.”