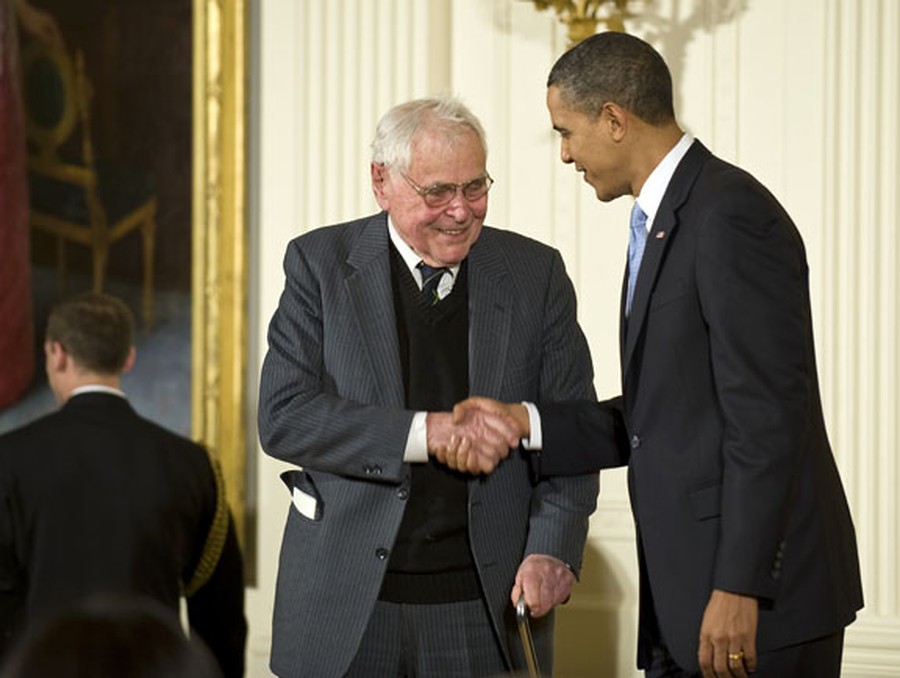 President Barack Obama presented William H. McNeill, an emeritus history professor at the University, with a 2009 National Humanities Medal in a ceremony at the White House Thursday.

At the presentation, Obama cited McNeill’s “pedagogy at the University of Chicago and as an author of more than 20 books, including The Rise of the West, which traces civilizations through 5,000 years of recorded history.” McNeill won the National Book Award for The Rise of the West in 1964.

McNeill explained his love for education in an interview with Humanities magazine, the release said. “Teaching is the most wonderful way to learn things,” he said. “You have to get up before a class at 10 o’clock the next morning and have something to say.”