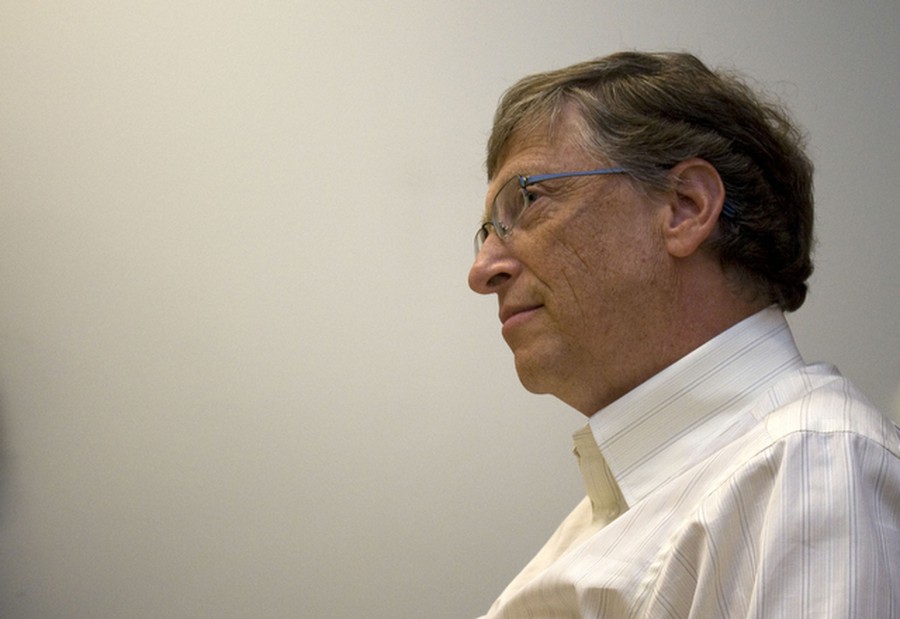 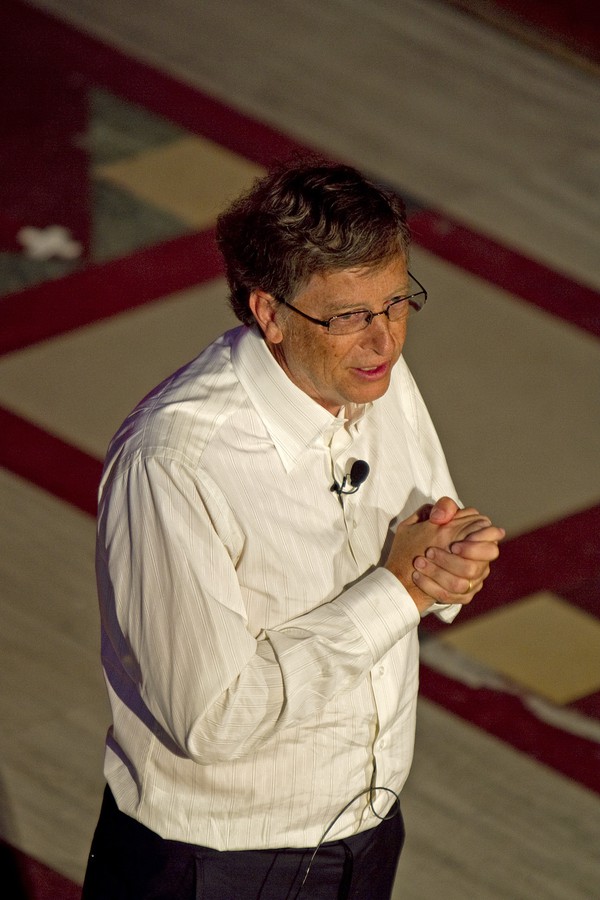 Bill Gates had a big question on his mind Tuesday night: Are the world’s brightest minds working on its most important problems? He described the work of his charity to improve world health and education, and how those efforts could be improved by focusing more intellectual resources on philanthropic endeavors.

The co-founder and former CEO of Microsoft and head of the Bill and Melinda Gates Foundation addressed about 1,700 students, faculty and administrators in Rockefeller Chapel.

[Gates in an interview after the talk. Courtesy of the University of Chicago.]

Gates contrasted the number of people working on non-profit research with those developing new financial tools or cosmetic techniques.

“How do you get people focused? Why doesn’t that happen naturally?” Gates said. Gates compared superficial efforts to address the world’s problems to Rogaine: “I know a lot of people who would look better with baldness drugs. But if we had some shift in these things we’d make a lot of progress.”

Gates said there is no cure-all solution to divert intellectual capital, but hoped that his talk, part of a five-campus tour, would raise awareness about his foundation’s efforts and expose people to the progress being made around the world. His foundation, one of the largest non-profits in the world, spends most of its money on improving the health and education of the world’s poorest citizens, because work on those issues can change the most lives.

“We have a number of problems in the world, but not a large number,” Gates said, citing health, education and energy concerns among the top five. “You could pick a dozen or so and the progress we make on those would determine the improvement in the human condition almost entirely.”

One of the best metrics for world development is childhood mortality rate, he said. “As time goes on, how many children under five survive?” Gates said. The dramatic improvement in those numbers—20 million deaths in 1960 versus 9 million today—gave Gates hope for the success of his foundation’s work. “We can make progress with a very small amount of resources.”

Only a few diseases account for those deaths, mostly ones that can be cured with fairly inexpensive vaccines like smallpox. His foundation provides polio and measles vaccines and sponsors research to cure rotovirus. Once you improve health, “ Gates said, “a country can escape the poverty trap and not be a recipient of aid, but contribute [like South Korea].”

Most of the foundation’s international work is well received in the countries receiving aid, but some projects — like research into genetic engineering in agriculture and creating systems for teacher compensation — get criticized at home. “Reproductive health is controversial, more with religious people back in the United States,” Gates said in an interview after the talk.

Sometimes the foundation also has to battle misinformation. “We did have a thing in Nigeria where the polio vaccine was claimed to be a plot to sterilize Muslim women,” Gates said. “I went up with the head of the Muslim church…and talked about polio and gave drops to children. We’re trying to be very smart about those constraints.”

After his talk, Gates fielded questions about his charity’s governance, technology’s effects on society and the responsibility of being one of the richest non-profits in the world.

One student asked Gates to explain why his foundation is required to spend all of its resources within 50 years of both its namesakes’ deaths, while most foundations are meant to continue indefinitely.

“Being perpetual is a mistake,” Gates said, because the issues a charity addresses may not be relevant in the future. “There will be rich people after I die, and they should be alive and direct their money to out of control robots or terrorists, or the problems of the day that my will won’t anticipate.”