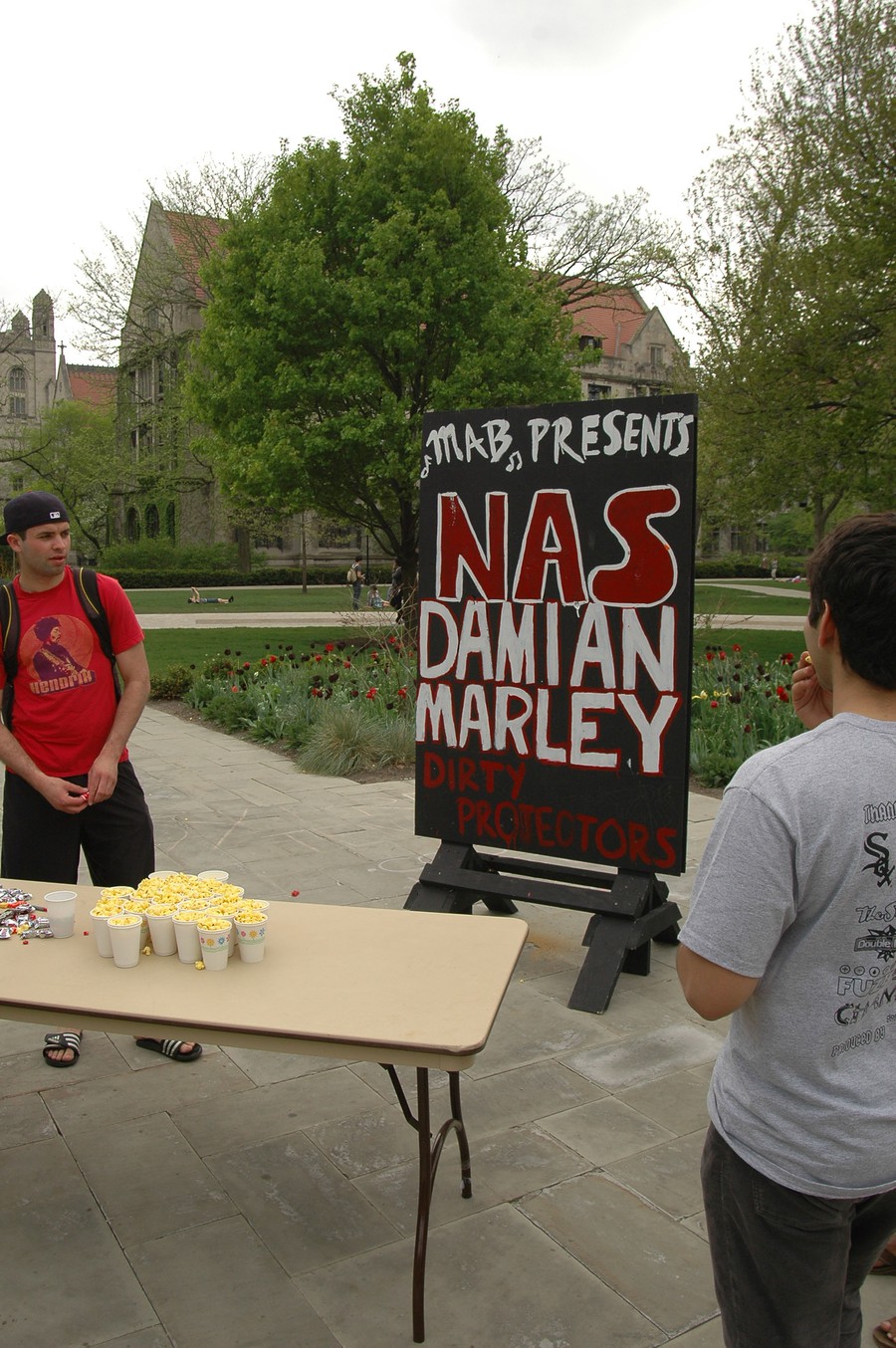 The bands are slated to play longer-than-normal sets, according to third-year MAB Board member Marie Joh.

Some students criticized last year's Summer Breeze for being too focused on indie music—the performers, Broken Social Scene, Santigold, and Voxtrot, all have some indie cred.

"I think summer breeze this year is going to appeal to a lot of different people, both graduates and undergraduates," Joh said, adding of this year's concert, "as a fan, it's actually going to be ridiuculous," Joh said.

She also said that, this year, a DJ would play between sets.

Marley, Bob's youngest son, is slated to go on first, the Dirty Projectors second with a 90 minute set, and Nas last. Nas and Marley, whose joint album, Distant Relatives, drops May 18, will finish the show on stage together. They played South by South West together in March (the video contains a pretty fantastic medley of dub-inflected jams from Nas' classic album, Illmatic) and will go on tour together later in May.

While the Dirty Projectors have been called something like the governors of Williamsburg by some blog that this reporter doesn't remember, those hip-hop drummrs in the know have said they would "follow you guys to the ends of the Earth" (that would be the Roots' Questlove). Also Beyoncé's younger sister Solange likes them. That's enough for hip-hop cred, right?

Tickets go on sale in the Reynolds Club and possibly some of the graduate schools Monday.