Weekly round up for August 6

IRC report comes down on UCPD for its handling of the Dawson arrest and investigation, and Kenneth Polonsky named next BSD dean. 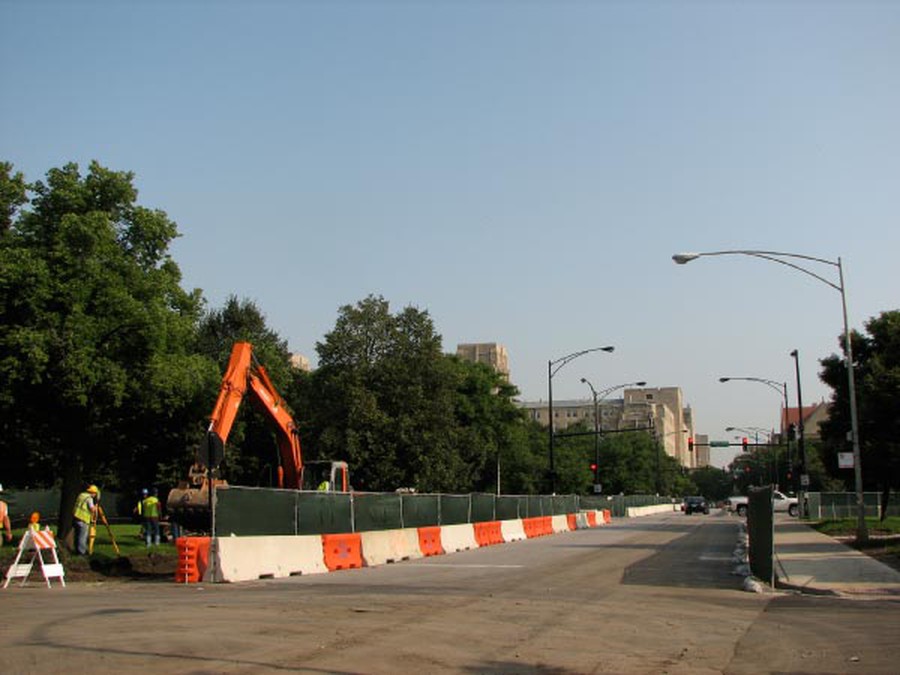 The Independent Review Committee (IRC), the 11-person body charged with investigating complaints against the UCPD, has published the results from its review of the February 24 arrest of Maureice Dawson (A.B. '10) in the A-Level of Regenstein Library. The IRC report found fault with Dawson, the UCPD, or the library staff at almost every step of the process, but came down most critically on the UCPD for shortcomings in its internal investigation and for the Department's insistence on charging Dawson and making an example of him.

The IRC did address the two most charged questions to emerge from the February incident: whether the arresting officer, Sgt. Eric Grays, used excessive force, and whether the actions of Grays and the library clerk who first approached Dawson were racially-motivated. Dawson, Grays, and the clerk are each black.

On the question of excessive force, the IRC took two views, writing that while Grays' actions were justified once he chose to make an arrest, the arrest was avoidable at the outset, and in that sense was excessive.

"[Grays] did what he was trained to do in such situations. He performed an 'emergency take-down,' applying such force as was necessary to accomplish the arrest...The maneuver was swiftly and efficiently executed. It accomplished its purpose," the report said. "When the frame is broadened to take in the sequence of decisions by [Grays] and others leading up to the moment of arrest and physical confrontation, it becomes clear that that moment need not have occurred."

On the question of racial bias, the IRC said its review did not turn up "obvious instances of racial bias on the part of the UCPD," but left open the possibility that the arrest had "racial implications." Such implications would be best addressed, the report said, through "rigorous, credible, and transparent investigations."

But in Dawson's case, the investigation that followed the incident fell far short of that mark, the IRC said. To wit:

In part because the UCPD investigation left an incomplete record of the incident and the complaints stemming from it, the IRC would not say conclusively whether Grays had falsified any of his account of the incident. Whereas most of the students interviewed reported that Grays' first words were to ask Dawson to follow him out of the A-Level, Grays claimed he began by asking for student IDs from Dawson and two other individuals, and when Dawson refused, he repeated that request.

Although some IRC members felt there was enough agreement among the student accounts to make clear that Grays falsified that part of the record, no consensus was reached on that count. Other members raised the possibility that Grays requested the IDs before nearby students began listening in, or that Grays misremembered the incident.

The IRC did concur with the findings of UCPD's internal investigation, which concluded Grays "failed to explain the nature of the complaint in the library before proceeding to arrest the male student," "failed to state why the male student had to leave the library," and "placed the male student in a choke hold and used excessive force during the arrest." The IRC pointed out, however, that Grays did not use a chokehold, but rather a takedown maneuver that looks similar but applies no "pressure to the throat."

The IRC's findings did support Grays' actions in the A-Level to a certain extent. Though only two of the 26 witnesses interviewed said that Dawson resisted in anyway, the report said that Dawson acknowledged pulling away when Grays handcuffed one of his wrists, and only then did Grays escalate his use of force and bring Dawson to the ground.

Once handcuffed, Dawson was brought to the lobby of the Regenstein, where officers searched him and found his ID, and then driven to the UCPD headquarters. There, he was met by the Dean-on-Call, who asked the UCPD to let the Office of Campus and Student Life handle the proceedings. Officers told the Dean-on-Call that police had to charge Dawson because force was used in the arrest, according to the report.

After filing charges, police took Dawson to a CPD station at 29th Street and King Drive, and from there to area headquarters at 51st Street and Wentworth Drive, where he spent the night in a cell. In the morning, he spoke to a public defender and went before a judge. The public defender advised Dawson to plead guilty to resisting arrest, which, thinking he had no other option, he ultimately did, the report said. The judge sentenced Dawson to 15 hours of community service.

The IRC noted that the story following the arrest was marked by a number of imperatives—the police had to charge Dawson to make an example of him, Dawson had to plead guilty to resisting arrest—and asked whether any of these steps were in fact necessary.

"By way of explanation, [UCPD officers] mentioned concerns about liability and the need to make a statement to students about respecting the authority of the police," the report said. "While the decision to charge is legally defensible, the IRC questions whether it was wise in this instance."

Once out of UCPD custody and in the hands of the CPD system, the IRC believed Dawson would have benefited from continued University support.

"To provide legal representation or advice would be an obvious conflict. Yet [the University] could have referred him to appropriate legal resources. For example, First Defense Legal Aid, a non-profit legal services organization..." the report said.

The report went so far as to question whether the UCPD should have been involved at all. "Does the library staff lack resources to deal with occasional loud students?" it asks at one point.

Later, the report notes that the dispatcher, who the library clerk called to bring in the police, is also the "principal point of contact for the [Dean-on-Call]," and knowing that students were involved, the dispatcher could have sent the Dean instead. Similarly, Grays might have requested the Dean-on-Call and let the Dean approach Dawson in the A-Level, since any disturbance he caused was effectively over by the time Grays arrived at the Regenstein.

The full report is available for download off the Maroon's website, and is worth reading for fuller details of the incident and the institutional response it garnered.

Last week, the University announced Kenneth Polonsky will take over as Executive Vice President for Medical Affairs and Dean of the Division of Biological Sciences (BSD) on October 1.

Polonsky arrives at the U of C from Wash U, where he was Chairman of the Department of Medicine and a professor of cell biology and physiology, but this will actually be his second stint on the south side. Polonsky was on the faculty of the U of C Medical Center (UCMC) from 1981 until leaving for St. Louis in 1999, and prior to 1981 he held a fellowship here in endocrinology.

Polonsky will assume leadership a year to the day after the resignation of his predecessor, James Madara. During his tenure, Madara drew heavy criticism for overseeing the Urban Health Initiative, which sent underinsured patients to community hospitals and clinics not administered by the University.

In April 2009, 76 members of the BSD faculty circulated a letter to Madara in which they criticized his leadership following the 2006 merger of the UCMC and the BSD, and alleged the merger and reorganization had "disenfranchised" the faculty of the BSD. Following the merger, Madara was CEO of the UCMC as well as Dean of the BSD, and the letter writers were concerned that he had not properly balanced those two roles.

CEO of the UCMC will not be a part of Polonsky's title, though John Easton, the Director of Medical Center Communications, said that was a nominal change only, and Polonsky's responsibilities would be the same as Madara's.

A scammer has been contacting incoming first-years by e-mail and claiming to sell University apparel and memorabilia, including "UChicago Class of 2014 T-Shirts." The e-mails direct recipients to a Google spreadsheet where they can supposedly purchase t-shirts for $20, bumper stickers for $3.50, or mugs for $14, which would be steep even by University bookstore standards. Domestic shipping is offered for a scant $6.50.

Class t-shirts are distributed on the first day of O-Week, Class Mug/Hot Chocolate night is traditionally in January at Alumni House, and both items are free of charge. Well, pre-paid anyway, and probably out of someone else's pocket, which is almost as good.