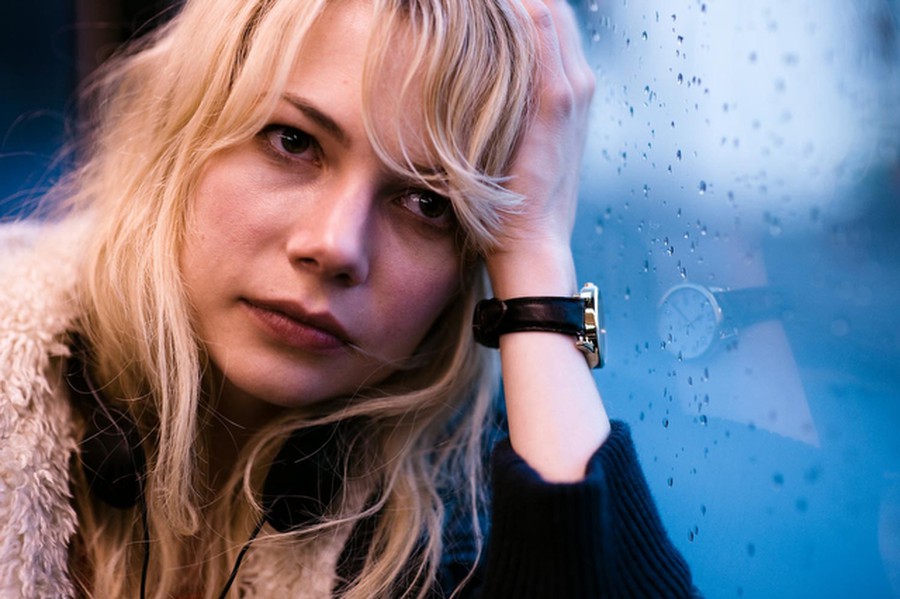 Courtesy of the Weinstein Company

“You always hurt the one you love, the one you shouldn’t hurt at all,” sings Dean, one half of the ill-fated couple spotlighted in Blue Valentine. Following the relationship of Dean and Cindy, a blue-collar couple in Pennsylvania, the film shows the constant, universal struggle of love. Most romantic movies fail to tackle what those in love know best: the painful yet subtle line between love and hate, bliss and pain, beginning and end which becomes blurred in the memory of a failed relationship. But Blue Valentine, the indie directorial debut of Derek Cianfrance, sets out to examine just that.

The film begins dangerously close to the end of Dean and Cindy’s marriage. Cindy, played by an unmatched Michelle Williams, is an ambitious nurse who’s tired, worn down, and frustrated, having had higher aspirations for herself. Dean, played by the charismatic Ryan Gosling, is a house painter and a hopeless romantic who wants nothing more than to spend his life loving his wife and daughter, Frankie (Faith Wladyka). In youth, this ambition seemed romantic and brave, but for Cindy it has become an annoyance and a sign of weakness.

We follow two days in the present lives of Dean and Cindy, who barely speak to one another, yet continue to wear each other down. Dean tries to rekindle the spark in their relationship by spending a night in the “Future Room” of a sketchy theme motel. The room is an aluminum covered, claustrophobic chamber—as Dean states, “the inside of a robot’s vagina”—with a rotating bed and rocket controls.

Cut between this present day action are flashbacks to the beginning of their relationship, when carefree Cindy (a remarkably transformed Michelle Williams) is a college student with dreams of medical school. Charming Dean, working for a Brooklyn moving company, first catches a glimpse of the cheerful Cindy as she’s helping her grandmother in a retirement home. Their chance encounter is, for Dean, love at first sight.

Moving back and forth between present day and six years before, the story switches between that of a couple falling blissfully in love—dancing and singing to the ukulele on abandoned streets—and that of their brutal fall out of love—screaming, crossing arms, wincing, and clenching jaws in moments of frustration and disgust. The middle of their relationship is left to the imagination of the viewer, who must sort out what went wrong. However, subtle revelations throughout the story, mirroring the gradual unfolding of truths over the course of a relationship, hint at past troubles.

The on-screen chemistry and frustration of Williams and Gosling is very real, making the film viscerally believable to the audience who smiles, cries, laughs, and winces alongside Dean and Cindy. In fact, during production, Williams and Gosling spent a month living together in Dean and Cindy’s house, baking birthday cakes for their “daughter,” buying groceries on a small budget, and fighting for hours.

The brilliant cinematography adds beauty to a film already steeped in heavy metaphors and foreshadowing. The present is shot with sharp colors on two HD cameras that rarely include Williams and Gosling in the same shot. The past is represented in a subtler 16mm, and Dean and Cindy are often seen wrapped around each other. The chipper music of their young love is foiled with the sounds of silence, fighting, and the rumble of their SUV driving down the highway in the present day.

Yet the story feels too one-sided as the audience sympathizes with Dean, who seems to have good intentions despite his flaws. Cindy is positioned as the antihero, who seems more at fault for her failure. While the traditional family structure and gender roles are purposefully reversed—Cianfrance and Dean seem to believe men are the more classically romantic gender—the reversal creates resentment towards Cindy’s harshness, leaving both Dean and the audience limp at the failed love.

Nonetheless, the dark tale, despite slightly unrealistic (or perhaps idealistic) leaps of faith, is predominately a brutally honest look at love. The film accurately captures vivid, emotionally violent sex scenes, including intense moments of passion in the past and pain in the present.

It provides a raw and gripping reminder of the pains love can bring, and anyone who has ever been in love can easily and anxiously identify with both the best and worst moments of each character. The beauty of Blue Valentine is how it, like love itself, is filled with emotional landmines, leaving the audience both smiling and heart-wrenched with disappointment. In the end, the film asks one crucial question: Where does the love go?