The University of Chicago Police Department (UCPD) sent out a security alert this week after two separate incidents of armed robbery occurred within an hour of each other. 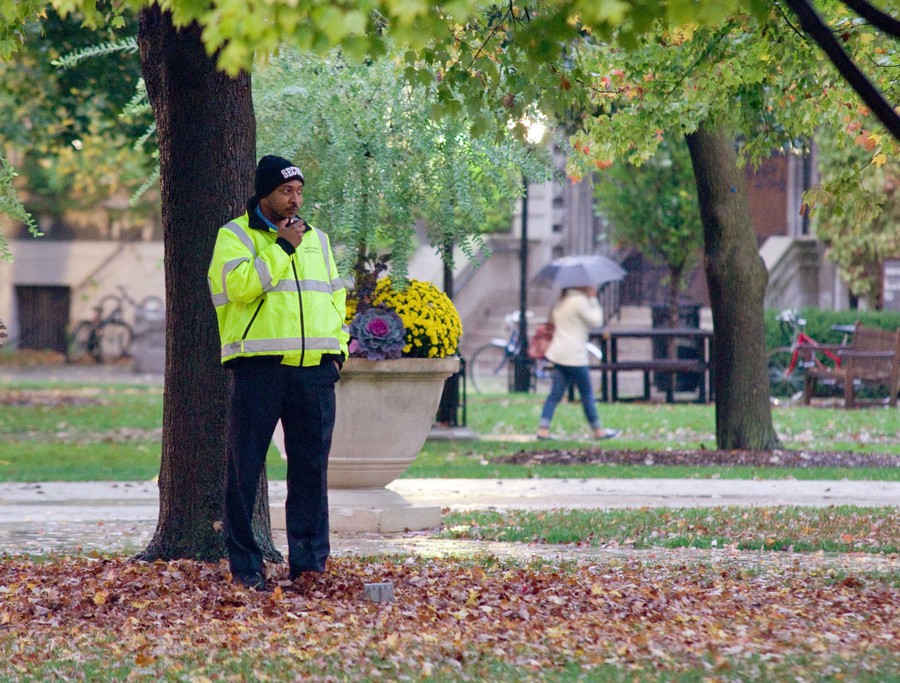 The University of Chicago Police Department (UCPD) sent out a security alert this week after two separate incidents of armed robbery occurred within an hour of each other.

At approximately 11:35 p.m. on Sunday, two students were approached by a male with a handgun at the intersection of East 57th Street and South Dorchester Avenue. The man took the cell phones of both victims and fled. Half an hour later, three men, one of whom was armed, approached a student talking on his cell phone on the quad and demanded the victim’s backpack and cell phone.

According to UCPD spokesperson Robert Mason, the robbery was an anomaly; Hyde Park, he said, remains safe, and violent crime is down.

“We are confident this trend will continue,” Mason said.

According to Mason, UCPD has already added preventive measures in the main quads and surrounding areas, though he declined to comment on specifics, saying that it could compromise a police investigation. Mason said that police would also continue to investigate both crimes.

“We don’t give up on these things,” Mason said. “We will do everything possible to solve that crime.”

Though students were alarmed by the fact that violent crime had occurred in highly frequented areas, several said they would not change their daily routines.

“It was surprising that anything like this happens so close—it’s not like it happened on Woodlawn or 53rd Street like some other robberies,” first-year Shayna Inzunza said. “I’ll keep the same precautions I always had.”

Third-year Brian Wilkinson also said the incidences would not change his behavior.

“We live on the South Side, so, for better or worse, it’s just something we have to deal with,” Wilkinson said.

Second-year Peter Hansen noted this wasn’t the first time a student was robbed on the quad, referring to an incident last year when a student was assailed outside of Cobb Hall by three men who grabbed him by his neck and took his wallet and iPod.

Wilkinson believes there is still room for improvements in crime alerts, despite the decrease in violent crime.

“It seems pretty inconsistent how they publicize crimes [with security alerts]. There’ll be violent crime with no security alerts—54th or 55th Street for example, but since it’s not within the main campus area, there aren’t warnings.”