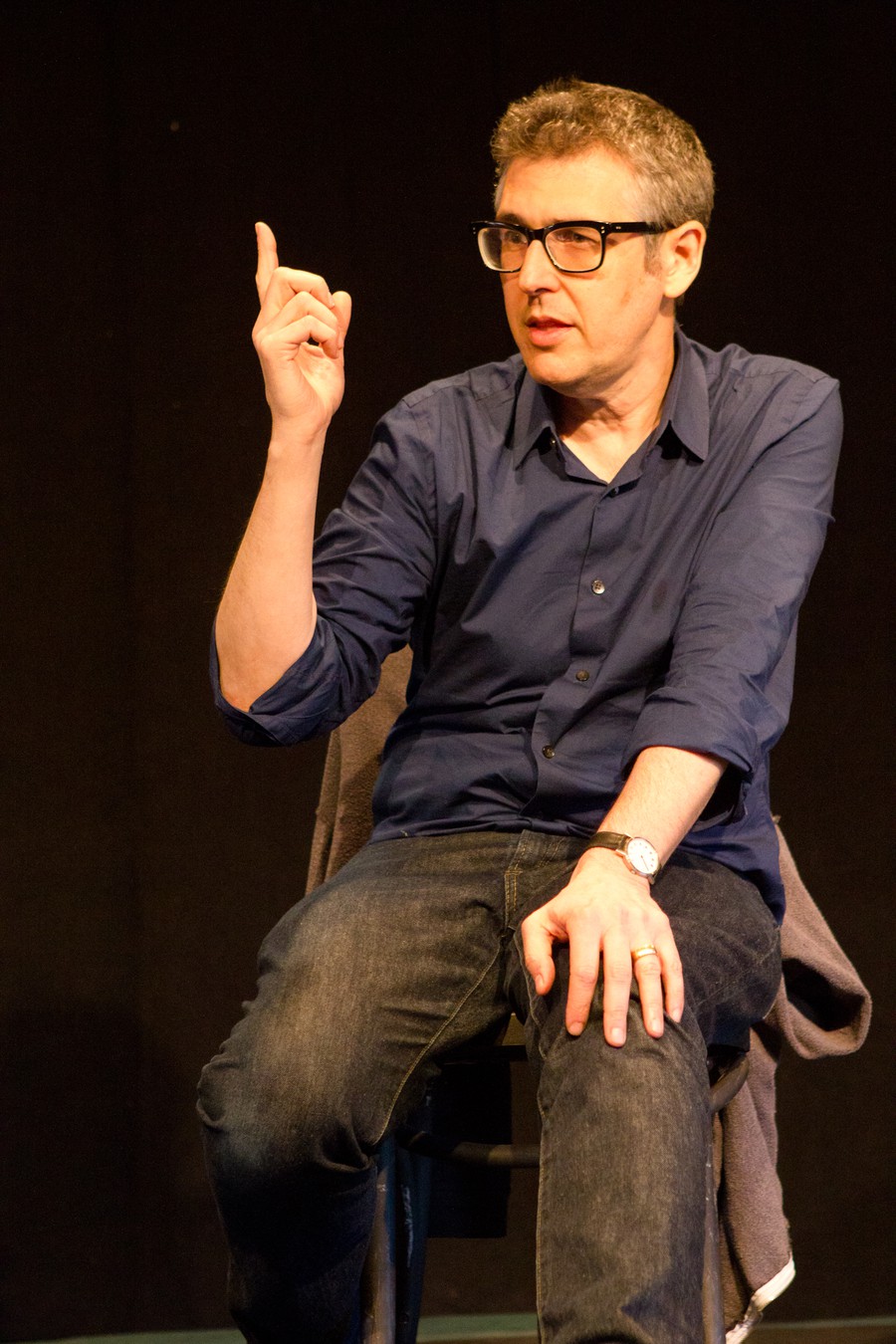 Speaking Saturday to about 80 students in the Reynolds Club’s Francis X. Kinahan (FXK) Theater, the host of “This American Life” discussed what makes a story grab a listener’s attention and the difficulties new writers face.

“You guys have no idea what a story is,” started Glass, who had read story pitches from audience members before arriving. “It’s not about logic, it’s not about reason, it’s not even about emotion, primarily. A story is fundamentally about the motion of actions.”

Sitting in jeans and sneakers, Glass held an iPad in one hand, waving his other hand in the air like a conductor as clips from his old radio shows played through the theater’s speakers. Some clips were from his days as an NPR reporter, and he pointed out the mistakes he made in order to emphasize that most young writers start off in “a dark period of sucking.”

“I was seven years on the job already but...all the things I could do wrong I was doing wrong,” said Glass, whose show is now broadcast on 500 radio stations to over 1.8 million listeners.

“This American Life” started when Glass was 36, and he tried to avoid the conventions of radio, like beginning every show with a quick and often funny story instead of a marquee. By continuously increasing action and exploring the parts of a story that other shows don’t delve into, “This American Life” manages to hold listeners’ attention for an average of 48 minutes, according to Glass. “You’re stuck with us,” he said.

Glass, who began his career as a tape-cutter for Public Radio International and eventually become a reporter for “All Things Considered,” was originally asked to come to campus as part of the Art Speaks series. He declined, and instead came for free as a volunteer, under the condition that the event would be a workshop for a small group of students, not a public lecture. Students had to be registered in a nonfiction writing class, journalism workshop, TAPS radio class, or be working on a documentary film in order to be invited.

Glass reviewed several story pitches and bluntly criticized students about sitting on good ideas without knowing it. He called out one student who wrote about his day-to-day life working as an intern in a consulting company.

“There was a lot of prelude to it...but then talking to [your teacher], he was saying that your company was consulting with Gaddafi about improving his image in the USA? Dude, that’s your story,” Glass said. “His son was having problems at the London School of Economics so you ghostwrote his dissertation? It’s crazy!”

Glass also focused on the importance of conversational style in all forms of journalism. He emphasized that with the increasing popularity of blogs and podcasts, journalism has become more casual. Michael Lewis and John Sullivan were cited as examples of nonfiction writers who have successfully mastered a conversational style in mainstream media, calling Lewis’ The Big Short a “masterpiece.”

Glass said of this most recent phenomenon, “We live in an age of conversational writing,” and he would know best.