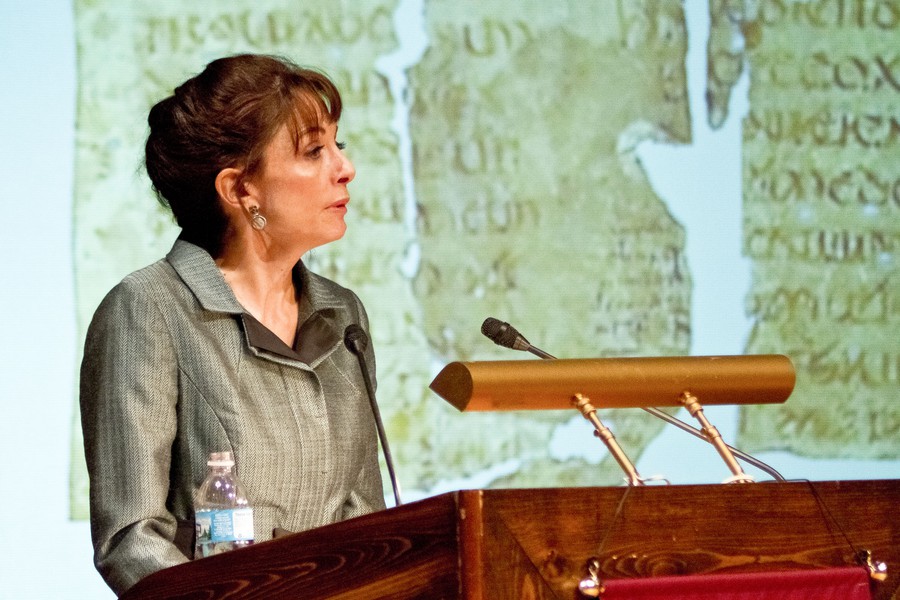 On Saturday, the Division of the Humanities hosted its 33rd Humanities Day, an annual series of talks and tours showcasing the work of University professors. Shadi Bartsch, the Ann L. and Lawrence B. Buttenwieser Professor of Classics, presented the keynote address, titled “The Wisdom of Fools: Christianity and the Break in the Classical Tradition.”

"Buddhist Practices of the Self" with Steven Collins—Buddhism, at its heart, is a philosophy and not a religion, Chester D. Tripp Professor in the Humanities Steven Collins argued.

"Ethics, Poverty, and the Humanities" with Bart Schultz—The Odyssey Project is a free, eight-month program that provides adults living in poverty with a “college-level introduction to the humanities through text-based seminars led by professors at top-tier universities.”

"Metaphor and Ambiguity: Two for the Price of One" with Ted Cohen—Professor Ted Cohen discussed the relationship between metaphor and ambiguity, emphasizing the capacity of each to breach rules of language.

"Preserving the Spell: Fairy Tales and the Future of Storytelling" with Armando Maggi—Professor of Italian Literature Armando Maggi gave a lecture on fairytales and our dissatisfaction with them in the modern era, calling for a “new mythologization of reality.”