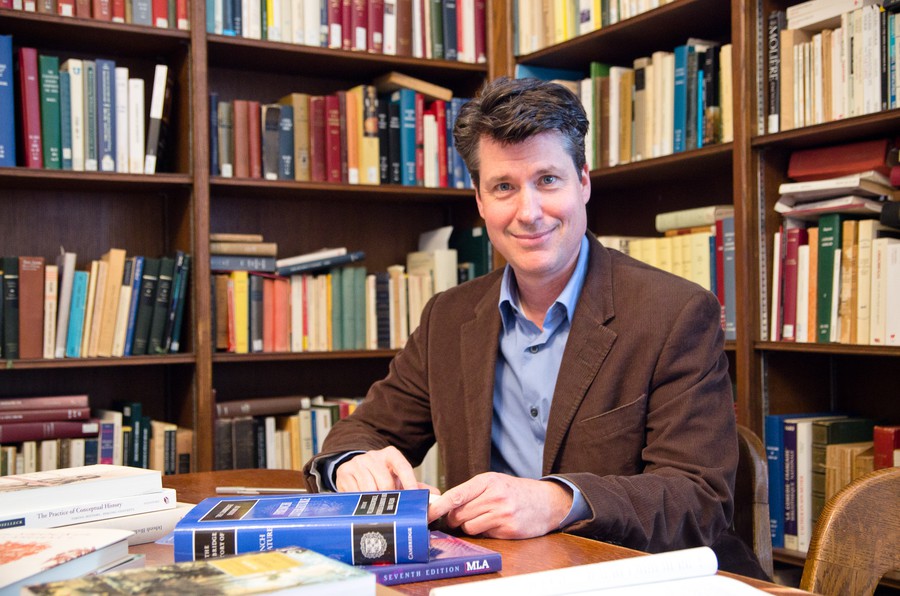 Professor Larry Norman, who oversaw the development of several large-scale arts initiatives in his first three-year term as Deputy Provost of the Arts, was reappointed to that position earlier this month.

As Deputy Provost for the Arts, Norman is responsible for overseeing and coordinating between different branches of the arts program, including the University of Chicago Presents performance series, the Smart Museum, and the on-campus Court Theater.

During his first term as deputy provost, Norman supervised the development of the Reva and David Logan Center for the Arts, and the establishment of the Richard and Mary L. Gray Center for Arts and Inquiry.

“I think this is a very important time for moving the arts forward,” Norman said. “I’m very fortunate to work with such dedicated leaders of the arts centers.”

Norman said that he will focus on continuing the projects that he began during his first term, including the Arts and Public Life Initiative, an effort to engage with the city’s arts community. The Initiative’s flagship project, the Washington Park Arts Incubator, will hold performances, exhibitions, workshops and other arts events for residents of the South Side in its two-story building at 301 East Garfield Boulevard.

In his new term, Norman will also oversee next spring’s opening of the Logan Center, a large complex currently under construction south of the Midway at 60th Street and Ingleside Avenue that will house various arts programs and clubs on campus.

“Larry has and continues to provide collaborative leadership,” Michel said.

University Provost Thomas Rosenbaum, who announced Norman’s re-appointment, said that Norman had expanded the role of the arts both on and off campus.

“Larry has been an incredibly effective advocate for the arts on campus and for creating connections to the wider arts community,” Rosenbaum wrote in an email.

Also a professor of Romance Languages and Literature, Theater and Performance Studies, and the College, Norman will continue teaching in addition to his role as deputy provost.

“Teaching is very important to me,” Norman said. “I’m first and foremost a scholar.”

Norman recently published The Shock of the Ancient: Literature and History in Early Modern France and will be teaching at the University’s Center in Paris for three weeks this January. Prior to his tenure as deputy provost, Norman served as the associate dean of humanities.

“I sometimes jokingly refer to myself as a polygamist,” Norman said, referencing his dual roles as deputy provost and a professor. “I love both parts of the job.”