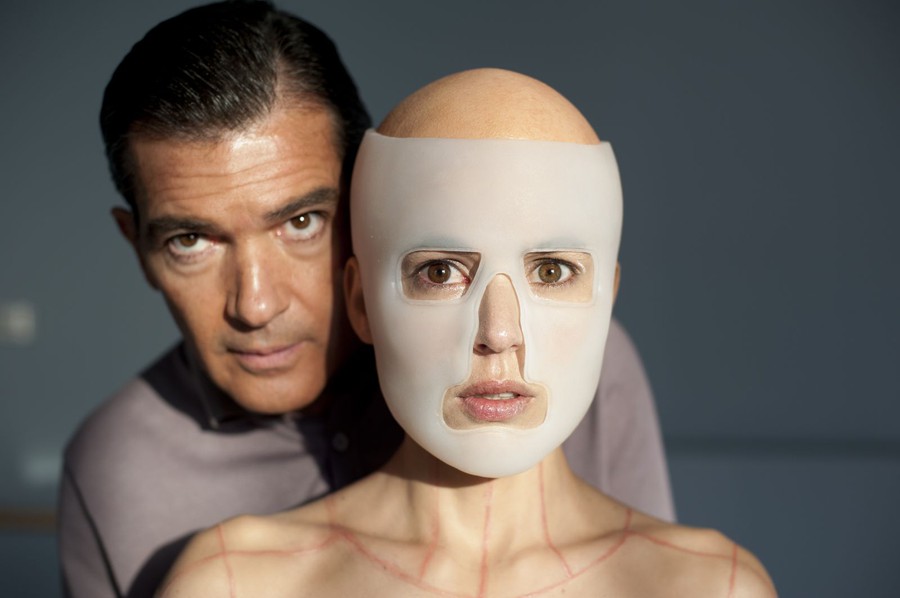 This has not been a good year for horror movies. Hollywood has opted to suffocate its American audience with hordes upon hordes of pre-Avenger superhero movies and increasingly awful adaptations of romance novels. So it should come as no surprise to anyone that this Halloween’s bounty of theater thrills is pretty limited. However, should you decide to pay 11 bucks and deal with entitled prepubescents to get your scares this season, you have three options that about sum up the entirety of the modern cinematic horror spectrum.

I started off my pre-Halloween horror movie marathon with Dutch director Matthijs van Heijningen Jr.’s prequel to the John Carpenter ’80s movie classic, The Thing. Considering the promise of alien gore, doe-eyed Mary Elizabeth Winstead as lead, and a solid R rating, all of which have independently made awesome camp horror classics in the past, I was mildly (albeit, naïvely) excited. Winstead plays an archaeologist who’s contracted to lead a private research team composed of burly Norwegian men. Said research team has just unearthed a space craft and “specimen” buried beneath the Antarctic ice. You see where this is going. Heijningen wisely takes some time here and there in his gore fest to build some whodunit tension, and more than once his film shows a self-awareness that could have been rich if given more focus. Yet at a brisk 1.5-hour runtime, there isn’t too much time to spare for the trivial things, like character development, when clearly there are so many burly Norwegians to be spliced open. If laughs and gore are what you want this Halloween, then The Thing is for you. Just remember to leave your brain at the theater door.

Feeling less traditional? Hop on the Red Line to Lincoln Park’s Century Landmark Theater and catch internationally acclaimed director Pedro Almodóvar’s first shot at psychological horror with The Skin I Live In. This is essentially what happens when David Slade’s Hard Candy meets Kubrick’s A Clockwork Orange and has a screenplay written by Chuck Palahniuk. Seriously, though—you thought Black Swan was visceral? Well, Almodóvar outdoes Aronofsky’s cinematically gorgeous what-the-fuckery in every way. Antonio Banderas plays a modern-day mad scientist, a widowed plastic surgeon who’s been obsessed with crafting an indestructible brand of synthetic skin ever since his wife offed herself after being mutilated in a fiery car crash. The Skin I Live In indulges in total melodrama as we watch fucked-up characters with no inhibitions and no redeemable qualities wreak havoc on each other’s lives. The story plays out in Almodóvar’s signature vibrant and sexualized style, tightly framed and fast-paced so that the movie moves along even when your brain doesn’t. Interestingly enough, Almodóvar’s film has a quarter of the bloody gore of Heijningen’s, but I’d venture to say that you’re five times more likely to feel queasy upon this movie’s conclusion.

And last (and, perhaps, least) comes Henry Joost and Ariel Schulman’s monolithic Paranormal Activity 3. The latest installment in the franchise broke records as the highest-grossing opening weekend for a horror movie ever; however this indicates very little save for the sad drop in American standards, which shows no sign of leveling any time soon. Yet, considering that Paranormal Activity 3 contains much that is similar to its predecessors, this movie does a solid job of creating the tension that The Thing could have used more of. A camera mounted on an oscillating fan is arguably the film’s best idea, as the reel lingers just long enough to leave you in suspense about what’s on the other side of the living room. With the movie on track to break $100 million by the end of its theatrical run, fans everywhere are all but guaranteed that, just as with the Saw franchise, there will be a new Paranormal Activity out for many a Halloween to come.

With Halloween landing on a Monday this year, staying in or going out to watch a scary movie for the night is a solid celebratory option. As to whether or not this year’s current batch of theatrical horror offerings is worth the price of admission, I’d have to say no. Grab a blanket, order what we Americans like to pretend is Chinese food, and tuck in for the night with a DVD or Netflix instant flick of your choice. Save your movie money for the new Twilight; in the tradition of great movie-centric drinking games, you can sneak in a handle and take a shot every time Kristen Stewart bites her lip in lieu of actually emoting. Now that’s worth the price of admission.