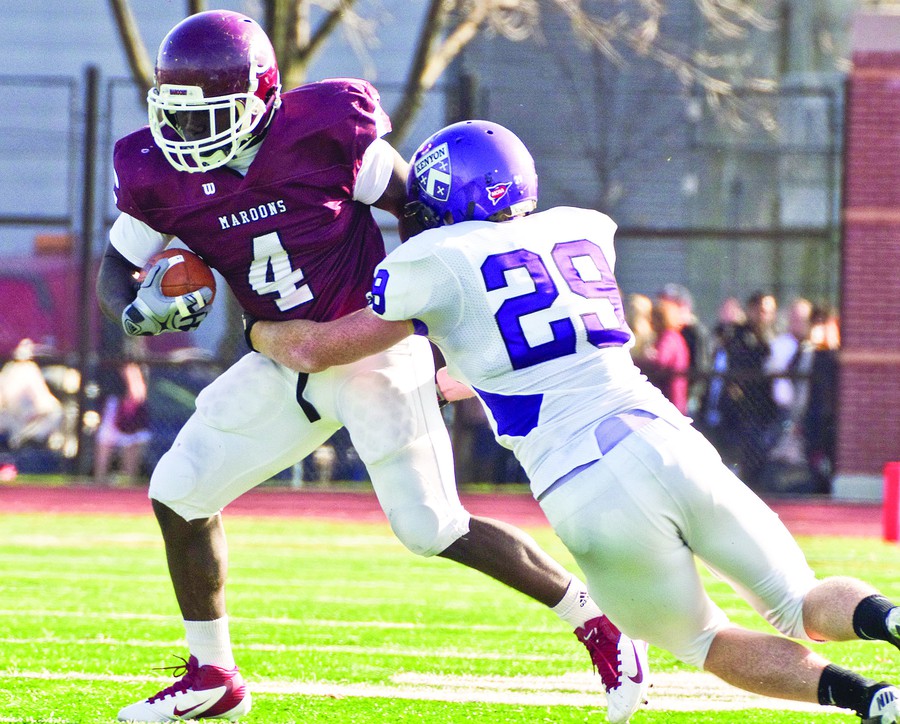 After dominating Kenyon at Homecoming, the Maroons will go back on the road to face Case Western in their first game of UAA play. No games have been played so far within the conference, but Case sits at the top of the standings with a 6–1 overall record and is riding a five-game winning streak. Playing such a highly touted conference opponent on the road will not be a cakewalk for the Maroons.

“These games essentially make or break our season, so everybody makes sure to put that extra effort in during the week,” third-year quarterback Kevin Shelton said.

Although Chicago has a slight edge on the offensive side of the ball, Case has a large advantage on defense. The Spartans have allowed a conference-low 14.1 points per game, compared to Chicago’s lofty 25.4 points allowed per game. Case has not allowed more than 21 points in a game all season.

“Up to this point, this is the most important game of our season, and so there is definitely an increased sense of urgency at each practice and meeting,” third-year punter Jeff Sauer said. “We know that if we want to win this Saturday we have to take advantage of every opportunity to get better.”

As for their chances in the conference, the Maroons feel like they have a great shot to win it all. If they can beat Case, they will be in great position to bring home a second consecutive title.

“You can feel the energy flowing throughout the team, and everyone feels good about how we match up with the Case squad,” first-year linebacker Schuyler Montefalco said. “There is no room for error this week, and we all know what we have to do to accomplish our goal.”

“The UAA is pretty open this year. Every team seems to have a legitimate shot, but I’d say we’re confident that we can make a run for the title,” Shelton said. “We just need to make sure everyone does his job, and as a team we do the little things right and stay focused and ready.”

To prepare for the physicality of the UAAs, the Maroons have intensified practices this week. The offense has also been developing new schemes to combat Case’s stout defense.

“We have been working on a few new run plays and finding ways to get our receivers the ball on shorter developing routes and let them make a play after the catch,” second-year quarterback Vincent Cortina said. “Our team feels we have the better players in the league. However, we understand we will need to execute with mistake-free football in order to win conference again.”

If the Maroons can pull out a victory, they will face two less intimidating opponents in Carnegie and Wash U to close out the season, with a fantastic chance at winning the UAAs. If not, they will face an uphill battle to defend their championship. Needless to say, this week’s game against Case is the biggest game of the year for Chicago.

“I think everyone understands the importance of this game,” Cortina said. “This competition will be good for the team moving forward into UAA play. The coaches and captains have been stressing that this game will define our season and we need treat it as a super bowl.”

Chicago takes on Case this weekend in Cleveland at noon(EST).