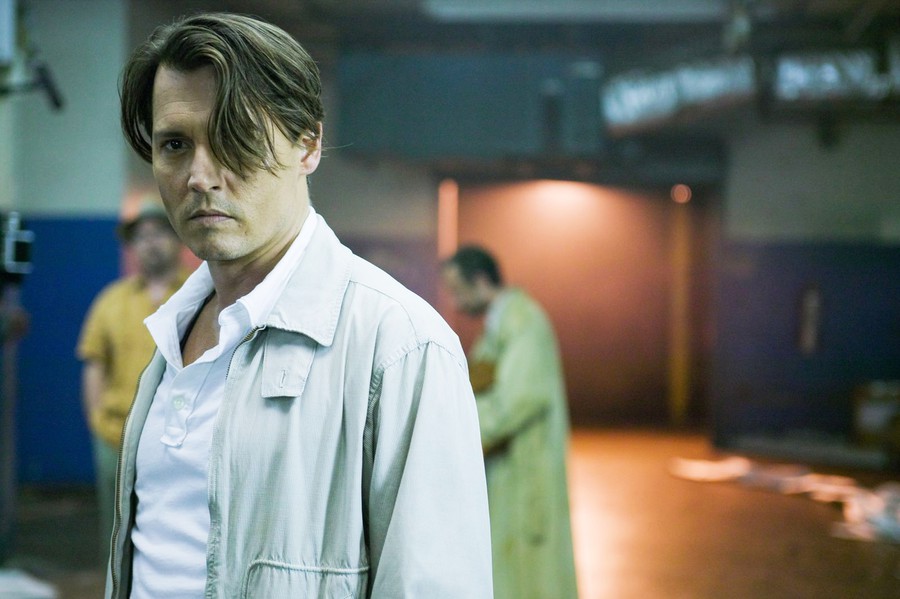 Poor Johnny Depp can never get it quite right when it comes to Hunter S. Thompson material. Fear and Loathing in Las Vegas was a critical flop (albeit a cult favorite) and Depp’s latest attempt to bring the work of the gonzo journalist to the big screen, The Rum Diary, isn’t much to look at either. The movie is a mess, and what’s ultimately supposed to be a 60’s version of The Hangover collapses under the weight of its own self-importance.

Depp plays Paul Kemp, a writer, but only in the movie sense of the word, meaning he spends a lot of time doing things other than writing. (But he’s read The Rime of the Ancient Mariner and hunts and pecks at a typewriter from time to time, so you know he’s legit.)

Kemp is a new hire at a fledgling newspaper in 1960s San Juan, Puerto Rico. He likes to drink—rum, naturally—and doesn’t especially like his work. The frazzled editor-in-chief (Richard Jenkins) assigns Kemp to fluff beats like bowling alleys and airports. A rich hotel developer, played by Aaron Eckhart with consummate ass-hattery, takes an inexplicable liking to Kemp and offers him an illegal deal writing copy to make the planned development of a remote island go down easier on the natives. Moral unease ensues.

This film runs for two hours, but it feels a lot longer. There are numerous, lengthy hijinks that take place between Kemp and his paunchy staff photographer friend, Bob Salas (Michael Rispoli). Oh, and there’s a girl, blonde eye candy in the form of Amber Heard, most recently seen in the ill-fated TV series “The Playboy Club.” Heard is sorely underused here; this movie tends to like her silent, in the water with an arched back and parted red lips.

The Rum Diary fails because it values style over substance, but acts as if it doesn’t. From the opening shot—a red airplane flying over a sparkling blue sea—to its ending—a boat floating in an ocean with a sunset backdrop—the film feels more like an homage to the panache of the 60’s than anything else. The newspaper room is studiously grimy, the grease stains on Bob Sala’s shirt too purposefully unkempt. Depp speaks in an affected 60’s accent throughout the film, his eyes often hidden by vintage sunglasses. Eckhart glowers dutifully in loose, white clothes. Everybody is tan. And yet, in between the cockfights, the experimental drugs, and the wild car chases, Kemp decides that Americans are too greedy. He sees a kid sitting in a garbage heap and gets a conscience. But that lone scene is not enough to redeem a movie devoted to the glories of drunken stupor. Director and screenwriter Bruce Robinson seems to realize this and injects some lofty voiceover, but it’s not particularly effective. “So many hotels, you can’t see the sea,” says Kemp at one point. (Get it? Hotels are bad.)

Worse, the film follows the tired tropes that dog all Americans-in-a-developing-country movies. Puerto Ricans are ethnic scenery. Sometimes they’re objects of pity, like the kid in the garbage heap. Or the object of lust; Kemp locks eyes with a pretty Latina during Carnivale. But most of the time, they’re comedic fodder. A prolonged restaurant scene, for instance, had the audience I watched the film with in stitches, but it was all at the gesticulating, wide-eyed Puerto Ricans’ expense.

What The Rum Diary wanted to be was a fun romp, the giddy tale of a good-looking, rum-drinking reporter on vacation. But it aims higher, and so it fails. You leave the theater with a headache and a vague sense of disappointment... kind of like a hangover.