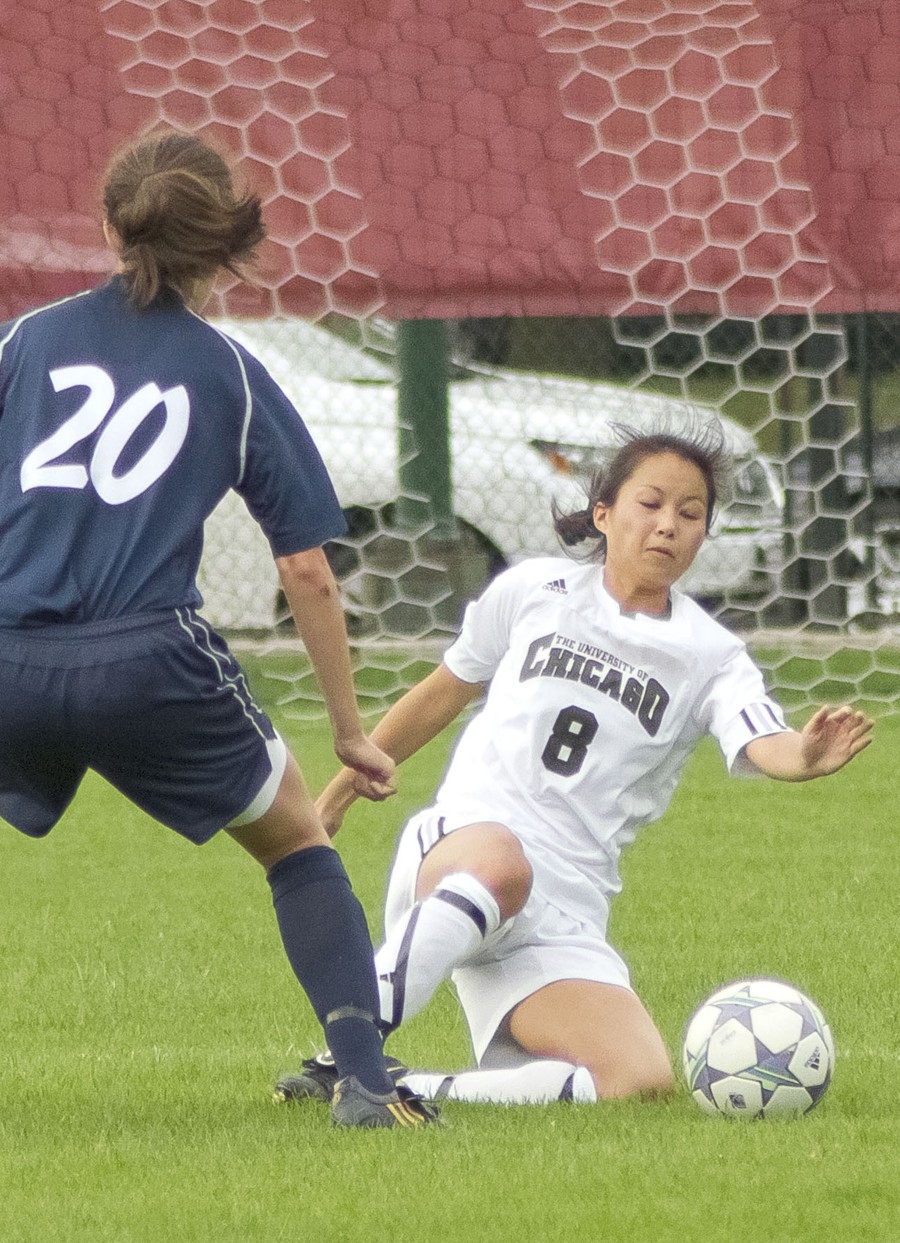 Although Emory is only ranked one position behind Wheaton in the latest national poll, the Maroons were confident going into Saturday’s match.

“Despite Emory’s high ranking, we did not go into the game expecting to lose,” first-year Meghan Derken said. “We knew that it would be a difficult game, but we felt that we would be evenly matched with them.”

Chicago’s confidence was tested early on. Just 44 seconds into the game, Emory found holes in the Maroons’ defense, leading to a goal inside of the box by Emory forward Charlotte Butker.

“Emory came out very strong, and unfortunately, we were not prepared for that,” Derken said. “The first goal was a huge wake-up call for us.”

Although the Maroons did not allow any more goals in the half, the momentum was still on Emory’s side. The Eagles out-shot the South Siders 5-2 in the first 45 minutes of action.

The Maroons came out in the second half refocused, outshooting Emory 11-5. Despite having fewer chances, the Eagles gave Chicago a scare in the 55th minute, when forward Merrill Bachouras had an open shot against fourth-year goalkeeper Emma Gormley. Gormley came up with the diving save to keep the game at 1–0.

About 20 minutes later, the Maroons had an opportunity of their own. Second-year Natalia Jovanovic was clipped inside of the box with the ball on her feet, drawing a penalty kick.

Jovanovic was down after the incident and was limping when she stood up. She was able to recompose herself and sank the penalty in the corner of the net to tie the game at 1–1.

After several missed opportunities by both teams, the game was even when the final whistle blew, calling for a  “golden goal,” or two overtime periods of ten minutes each.

The overtime periods provided both sides with many game-winning chances.

In the fourth minutes of the first overtime, Emory midfielder Lee Bachouros sent a shot flying from way outside the box. Gormley underestimated the ball’s height, and it sailed over her head to hit the post.

Derken said she was pleased with the comeback the Maroons made.

“Given the fact that we were down a goal after the first 10 minutes, we were happy that we were able to come back and tie the game,” she said. “It takes a lot for a team to play from behind and come back the way we did.”

The Maroons play against Carthage on Tuesday, October 4 at Stagg Field, 7 p.m.