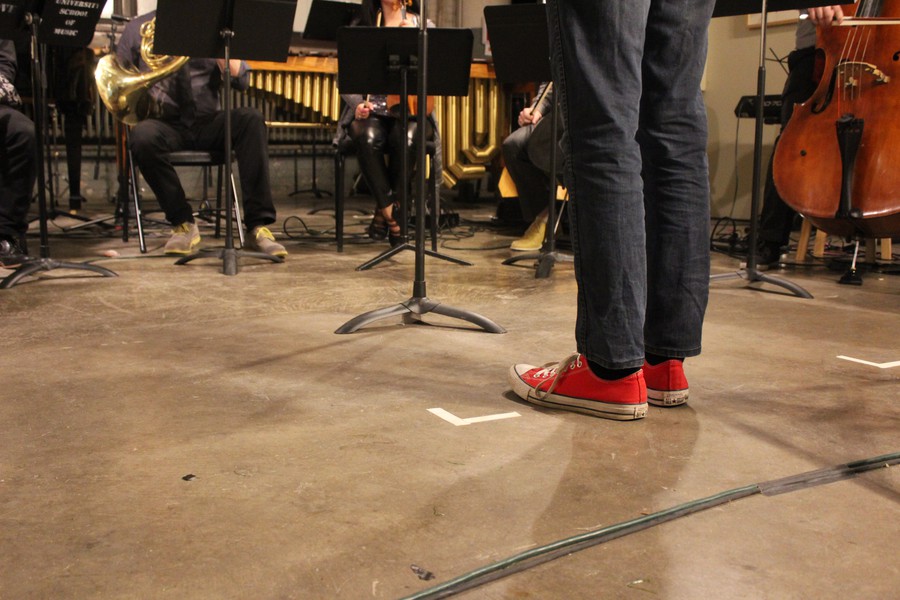 More controversy has surrounded the latest album by Steve Reich, the Pulitzer Prize–winning American minimalist composer, than any other of his works. WTC 9/11, Reich’s reflection on the September 11 attacks, was released by Nonesuch last month to commemorate the tenth anniversary of the event.

WTC 9/11 is written in three movements and scored for three string quartets (all played excellently by Kronos Quartet) and contains prerecorded voices as well. The first movement (“9/11”) combines the hectic shouts of firemen at the World Trade Center and air traffic controllers, with pulsing, strident chords played on the strings. Other sounds like the beeping of  telephones and radio static add to the chaos and urgency of the piece. The second movement (“2010”) contains recent recordings of interviews with bystanders of the event. Reich manipulates the recordings by electronically elongating ends of spoken phrases in order to isolate the final pitch of each phrase, layering them to create a wall of sound. The strings sometimes mimic the subtle melodies of the eyewitnesses, who relate factual information about the event. Reich weaves together accounts like “Everyone was running” and “Suddenly it was black outside” with strings, making the speech into song.

Reich is no stranger to either this method of composition or heavy subject matter. His earlier work Different Trains combines recorded interviews with Holocaust survivors and voices of an American train worker with rhythmic strings, drawing comparisons between Europe and America during World War II. Despite these similarities, WTC 9/11 fails to confront its titular event as poignantly as Different Trains addresses the Holocaust. While the speech clips in Different Trains are interwoven with the fabric of the piece itself, the voices in WTC 9/11 are too often isolated, making the piece uncomfortably sparse. In addition, the album offers a few chaotic shouts and eyewitness reports rather than a more open discussion on the effects of the attacks themselves. This is perhaps a result of political pressures, a move by the composer to avoid offending listeners on any side.

Reich’s uncharacteristic musical and emotional conservatism is mirrored in the controversy surrounding the album’s cover art, which originally showed a photograph of a plane crashing into the first tower. Due to public outcry, Nonesuch changed the picture to one of smoke, symbolic of the frustratingly clouded and ambiguous nature of the music.

The piece has a redeeming moment in the third and final movement (“WTC”), when a man speaks over the ghostly interweaving songs of Jewish men and women keeping vigil for the victims of the attacks: “The world to come…I don’t really know what that means. There’s the world right here.” “The world to come” is the second “WTC” that Reich refers to, and nowhere in the piece is this better addressed than in this moment of emotional and intellectual clarity amidst the chaos.

“Dance Patterns” is more playful than “Mallet Quartet” but still has many parallels. Pianos, xylophones, and vibraphones pound out interlocking chords to create a rhythmic melody–a Reich trademark. However, it unfortunately serves as simply another six minutes of pulsing percussion, tacked on to the end of album that, though politically and emotionally charged, is not entirely effective.