The Smart’s exhibit Vision and Communism is many things —political, ideological, and structured—but restrained, it is not. 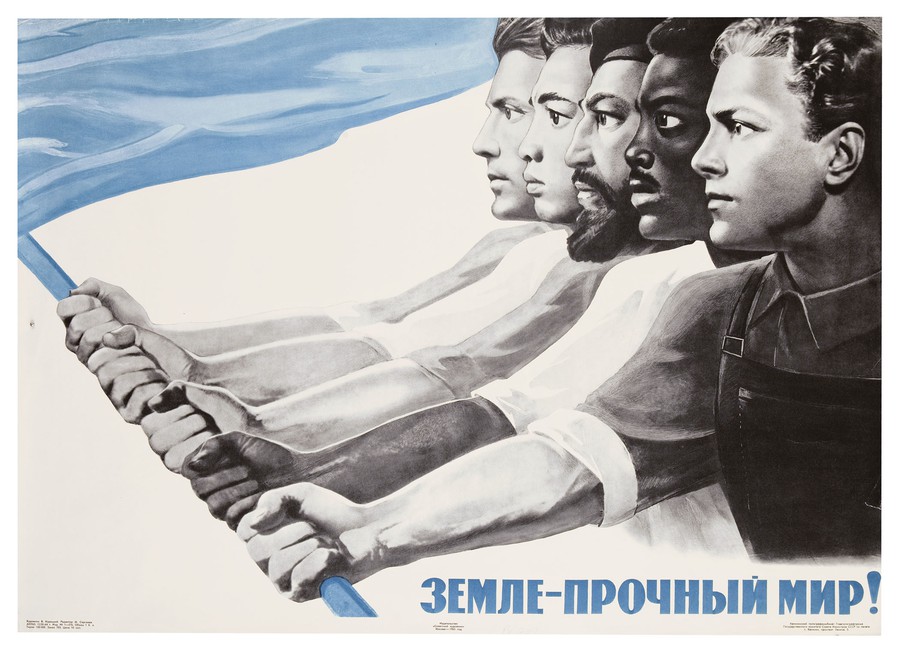 Courtesy of The Ne boltai! Collection

The Smart Museum of Art’s exhibit Vision and Communism is many things —political, ideological, and structured—but restrained, it is not. Composed of posters, photographs, and rough sketches, the exhibit chronicles the work of Viktor Koretsky, a member of the mid-twentieth century Soviet Realist group. His work deviated immensely from conventional propaganda of his time by replacing more subdued, idealistic themes with bold, aggressive colors and violent scenes of resistance. Many of the nearly 90 pieces in the collection are stylized images of injustice, abuse, and rebellion, drawing upon theatrical and cinematographic elements as inspirations for his art.

As a result, Koretsky’s artwork is vibrant and imposing. Dark-eyed and grimacing figures threaten to leap from their canvases, and somber, brooding music echoes throughout the gallery. These images often tend towards dark, even abrasive, critiques of imperialism, militarism, and state violence. “ 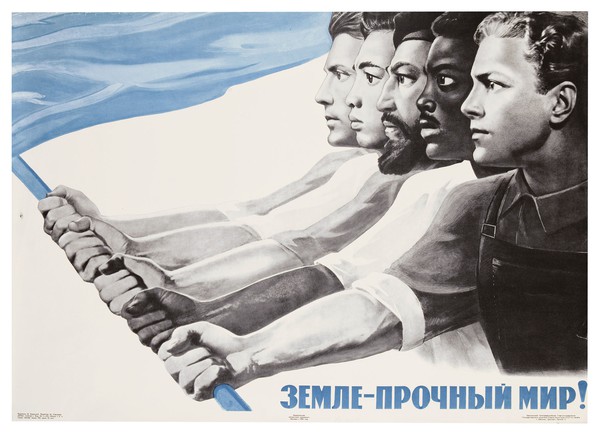 The Ne boltai! Collection
Anti-Apartheid and Mass Murder are Synonymous Concepts” shows several soldiers with bloodstained hands laughing at a small, weeping child. In contrast to these critical posters, there is also more optimistic work in the exhibit that offers possibilities of resistance and alludes to a future free of tyranny. Koretsky’s heroes, who have noble and dignified features, are shown breaking free of chains and evading the menacing hands of pursuers.

When Koretsky moves away from specific historical events like South African apartheid or the American Civil Rights Movement, he explores an idealized internationalism. A stylistic shift occurs here, as he adopts cooler colors and calmer compositions. “A Solid Peace to the World!” features five hands clutching a bright blue flag, and each hand is colored differently to suggest different races. A hopeful streak emerges in Koretsky’s art when he uses small children to represent possibilities of rebirth and renewal. “The Fate of Peace is in the People’s Hands!” and “Peace to the World!” both incorporate images of hands and small children of diverse races. These children, though portrayed in many different ways, all suggest an optimistic new order.

Decades before the term “multiculturalism” entered the popular discourse, Koretsky had already incorporated notions of cross-cultural cooperation into his art. Yet even in these works, Koretsky implies that a certain hierarchy should remain, with Communism as top dog, and that enemies of the Soviets oppose this harmonious vision of equality. In other words, Koretsky’s work, unsurprisingly, retains an element of propaganda. Many of the posters’ slogans utilize the same words and associations and make uncritical, somewhat naïve assumptions about Soviet-led progress. The viewer is then reminded that Koretsky, while demonstrating clear artistic talent, was influenced greatly by the politics of the Soviet Union.

Only a small slate identifying the title, dimensions, and medium hints at the motivation behind each piece. This lack of information is designed to make the viewer feel something akin to “a non-believer entering a place of worship,” as explained by a gallery panel. This limited use of context is meant to encourage personal, sincere reactions to the exhibit, and to reveal the message of Koretsky’s artwork without forcing the viewer into agreement. Vision and Communism is an enticing and illuminating exhibit that offers a dynamic presentation of world issues from a Communist perspective.