UCMC sounds off in open forum with trauma center activists 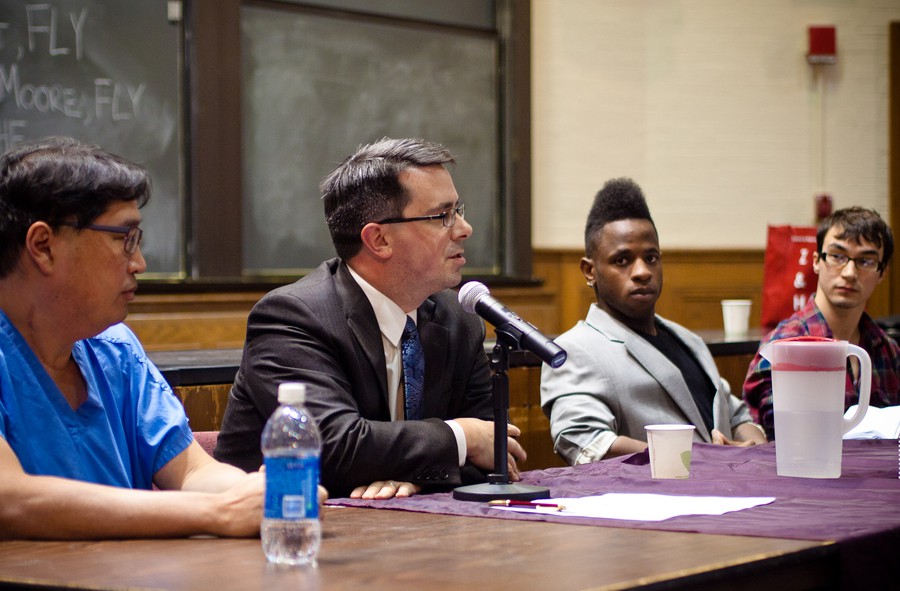 Students, staff, and administrators had their first official dialogue regarding the lack of a trauma center at the University of Chicago Medical Center (UCMC) last night at an open forum hosted by SG.

Organized as a question-and-answer session between activists, members of the community, and two UCMC staff, the forum focused on the need versus practicality of a trauma center as well as a perceived disparity between the community and the UCMC.

The UCMC was represented by Chief Medical Officer Stephen Weber and Surgeon-in-Chief of the UCMC’s Comer Children’s Hospital Dr. Donald Liu. As Surgeon-in-Chief, Liu also serves as director of the pediatric trauma center.

Weber and Liu explained the UCMC’s stance on subjects such as the age limit for pediatric care for trauma wounds, the funding required for a potential trauma center, and the statistics regarding the accessibility of other trauma centers to South Side victims.

Veronica Morris-Moore, a member of the activist group Fearless Leading by the Youth (FLY), voiced her desire for an unbiased feasibility study performed by a third party that would examine the significance of such statistics as well as the community’s specific need for an adult trauma center.

The UCMC made no promises to support such a study, but Weber and Liu indicated that the hospital was willing to continue the dialogue.

SG President and fourth-year Youssef Kalad said he thought the forum was a success.

“I thought we did exactly what we set out to do, which was to bring two different sides together to present a lot of their facts and findings on trauma care on the South Side,” Kalad said. “I felt like people understood the second-level goal of the forum. The first is to educate, the second is to bring together activist groups and the UCMC to figure out how they can work together in the future on obviously the trauma center but a whole host of other things that contribute to it.”

Both student speakers and members of the hospital stated that they hoped the forum would be the starting point for continued civil conversation on the topic.