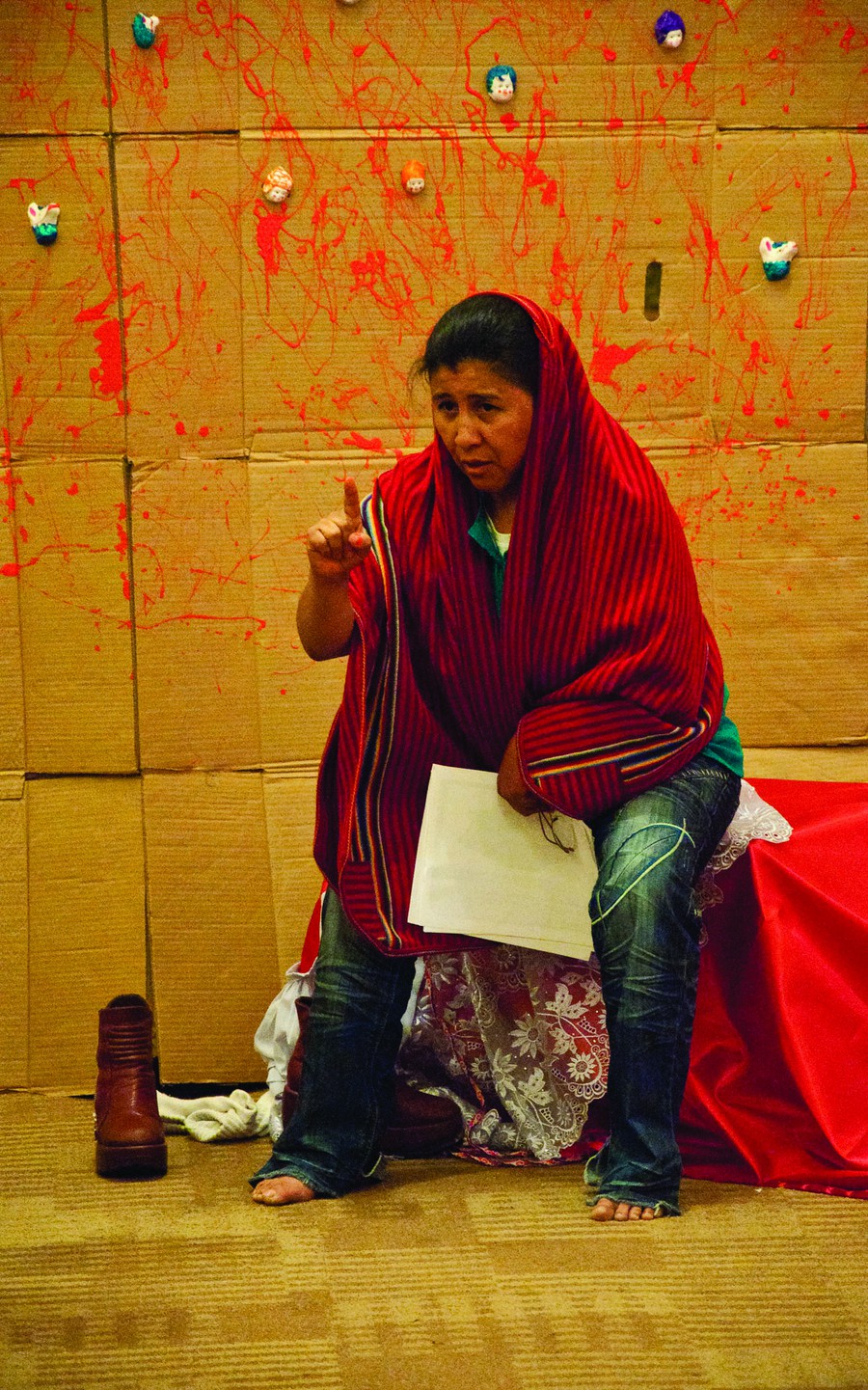 Paredes’s talk on Thursday evening, titled “From Ancestral Redness to Sumaq Qamaña,” kicked off the two-day Symposium on Women’s Rights in Latin America, which delved into issues affecting indigenous cultures, “femicide,” and the narcotics trade.

“Before colonization, women had their own land and were allowed to participate in politics and the military. After colonization, the situation of indigenous women has been regressing,” said Paredes, the founder of the Bolivian anarchist-feminist collective Mujeres Creando. “The colonial invasion recycled patriarchies and strengthened colonial relations between men at the expense of women.”

A panel discussion on Friday focused heavily on femicide laws in Latin American countries, which offer specific protections against hate crimes directed toward women. Rosa-Linda Fregoso, a professor and former chair of Latin American and Latino studies at the University of California at Santa Cruz, took exception with the social and economic costs of the laws and argued that corruption in legal systems through Latin America make them ineffectual.

“It is understandable for the demand for greater punitive measures, but the focus should be less on incarceration and more on public funding on prevention and educational programs targeting offenders,” Fregoso said. “It costs much more to incarcerate an individual than to educate him.”

Fregoso’s panel, titled “Neo-Liberal Law and the Whereabouts of the Subject of Rights,” was one of three on Friday that drew academics from around the country and Latin America.

The symposium was part of the 2011–2012 Mellon Sawyer Faculty Seminar, International Women’s Human Rights: Paradigms, sponsored by the University’s Center for the Study of Gender and Sexuality.