Every championship run has to start somewhere. For the Maroons, it begins Friday as they take on Fontbonne as part of the UChicago Tip-off Tournament. Chicago is the only ranked squad in the field, sitting at second in the country, behind last year’s national champions, Amherst.. 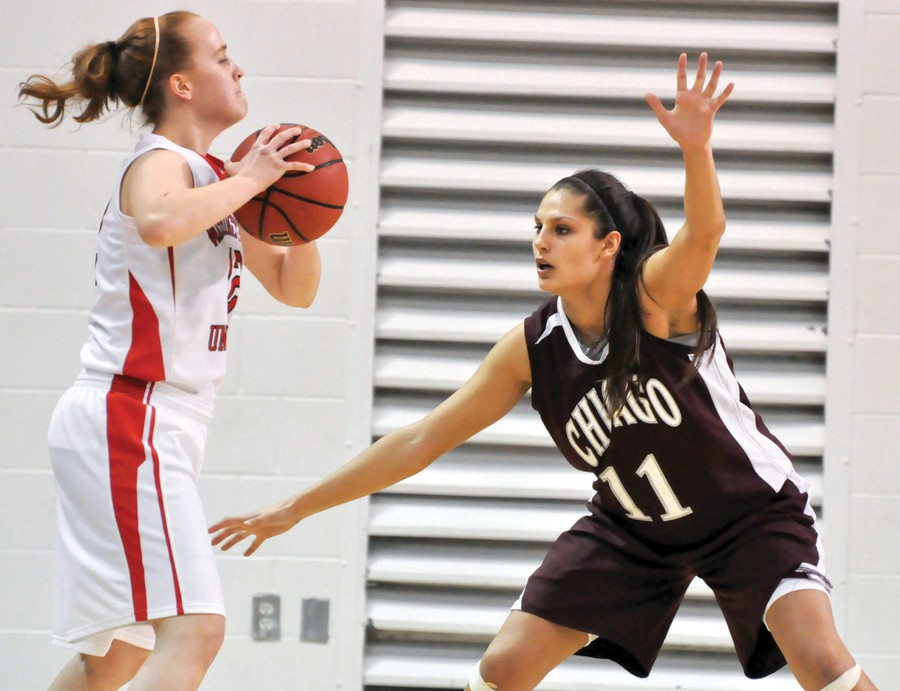 Every championship run has to start somewhere. For the Maroons, it begins Friday as they take on Fontbonne as part of the UChicago Tip-off Tournament.

The Tip-Off Tournament will replace the larger Midway Classic, which traditionally occurred later in the year. The replacement came as a result of Hyde Park Bank pulling its sponsorship of the Midway Classic due to the lackluster economy. The Tip-Off Tournament is a four-team affair, with the winner of the game between Chicago and Fontbonne playing the winner of Benedictine and Macalester on Saturday in the Championship game.

Chicago is the only ranked squad in the field, sitting at second in the country, behind last year’s national champions, Amherst. Head coach Aaron Roussell has been downplaying the ranking as much as possible at practice. “We don’t even talk about it,” he said. The team’s emotional leader, fourth-year Meghan Herrick, also downplayed the ranking.

“Our ranking is meaningless at this point because we have a new team this year which has not accomplished anything at this point,” Herrick said. “We have not even played a game yet, so our ranking is just a number.”

The ranking might even be a negative, as the Maroons will have a target on their backs. “If anything, the ranking has made us work harder because we know everyone will be gunning for us,” said fourth-year center Taylor Simpson, who was named a preseason All-American.

Fontbonne, which is not receiving votes in the national poll, played Wednesday against 7th-ranked Wash U, Chicago’s UAA rival. Wash U needed an 8–0 run in the second half to put the Griffins away and were buoyed by fourth-year forward Dani Hoover’s 21-point night. For the most part, Chicago is ignoring the temptation to compare its performance tonight to Wash U’s on Wednesday.

“I do not compare ourselves to Wash U,” Herrick said. “I do not think it is in our best interest to compare our teams, especially at such an early stage of the season.”

“At the beginning of the season, so much of the focus is on us,” Roussell said. “I don’t care who we’re playing.”

Fourth-year guard Bryanne Halfhill, who averaged more than 12 points per game last year, reasserted the one-game-at-a-time approach that has been a mainstay of the Roussell era, but also said that the game will be taken as an emphatic first step toward a championship. “We’re looking to send a message to everyone,” Halfhill said. “Wash U will definitely be one of them!”

A new crop of first-years will also be making their collegiate debuts. “I think, for us to have a good season, this year some of our freshmen absolutely need to step up and be key contributors,” Roussell said. Although Roussell emphasized the importance that first-years will have on the team this season, more than likely, the game against Fontebonne will give the Chicago first-years one of their few opportunities to play extended minutes. With the entire starting line-up returning and even more depth coming off the bench (including NYU transfer third-year Maggie Ely, who led the UAA in scoring last year), finding playing time for some first-years might prove to be difficult.

“We’ve got a lot of experience back, with some people who have done it at a high level. But at the same time, this is a new season, and I think the kids understand that as well,” Roussell said. “We can’t rest on what we’ve done before.”