Into the Abyss tugs the viewer into a narrative so bleak that it turns in on itself, tunnels through, and arrives, perversely, at a glimmer of optimism. 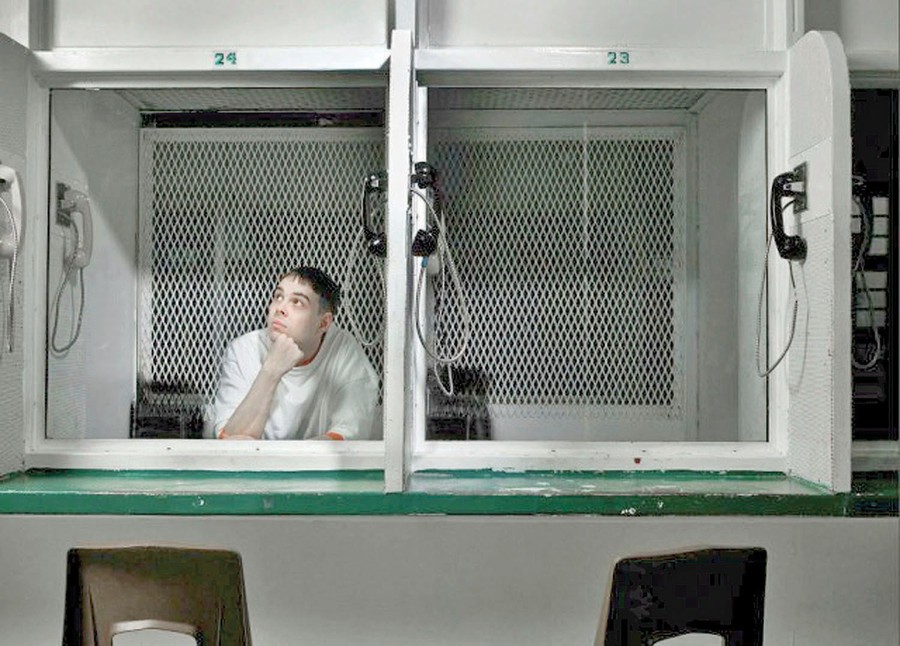 The closest movie theater showing Werner Herzog’s new documentary Into the Abyss is the Landmark Century Centre Cinema in Lakeview. This stellar location could, perhaps, account for the fact that the Landmark is filled to capacity with yuppies and other attractive people you wish you knew.

Not so fast, though: before you swipe your CTA card, you should know that Into the Abyss is not quite the feel-good film you need to conquer those eighth week blues. In fact, Into the Abyss tugs the viewer into a narrative so bleak that it turns in on itself, tunnels through, and arrives, perversely, at a glimmer of optimism. When you’re through, you’ll never compare your dorm room to a prison cell again.

Into the Abyss explores a series of murders committed by Jason Burkett and Michael Perry in small-town Texas in 2001 that led to Perry’s execution almost a decade later, in July 2010, and landed Burkett with a life sentence.

The moments and images of devastation stack up one by one through the movie’s prologue, five chapters, and epilogue: Burkett’s father, who is serving a life sentence himself, tells the story of when he appeared in court to defend Burkett. He recalls telling the jury that his son didn’t have a father. Perry, eight days away from his execution date, describes an Outward Bound canoe trip his parents sent him on, his face as open as a child’s. A clip of crime-scene footage shows that the boys’ first murder victim, Sandra Stotler, was baking cookies when she was killed.

Meanwhile, Herzog’s assertions of optimism and the triumph of the human spirit in the film sometimes feel like, well, assertions. Herzog does not narrate this film, as he does with many of his other documentaries. Though his subjects obviously fascinate him, his presence is sometimes odd or spectral (he asks one of his interviewees to “describe an encounter with a squirrel”), but he is still the good ol’ indulgent Herzog (the epilogue is called “The Urgency of Life”).

Humanity wins again, right? This is the question that the film probes with great gravity and attention to detail. As a result, Herzog’s—and, therefore, the movie’s—focus has a pendulum-like motion that swings from the minutely specific to the wildly broad and almost misses the truth in between. The most compelling answer, of course, lies in the revealing testimony of the movie’s characters. Into the Abyss finds its strongest moments in its individuals. They are people like Lisa Stotler-Balloun, the daughter and sister of two of the murder victims, who gives a moving account of her experience; a bartender who took a joyride in a car that Perry and Burkett stole; Burkett’s wife, who met and courted her husband over the phone while attending to his legal paperwork; a former executioner who left his job after he had to inflict capital punishment on a woman. They fall in the gray zone between the grim tragedy of the triple murder and the plucky, anxiety-riddled questions of Herzog.

As the movie ended, an elegant couple bickered about which bar to visit afterwards. It was disturbing, after all, and they needed a drink. Huddled together, they stepped out of the Landmark’s plush lobby into the gritty palette of a Chicago night.