Maroons return to Oshkosh for NCAAs 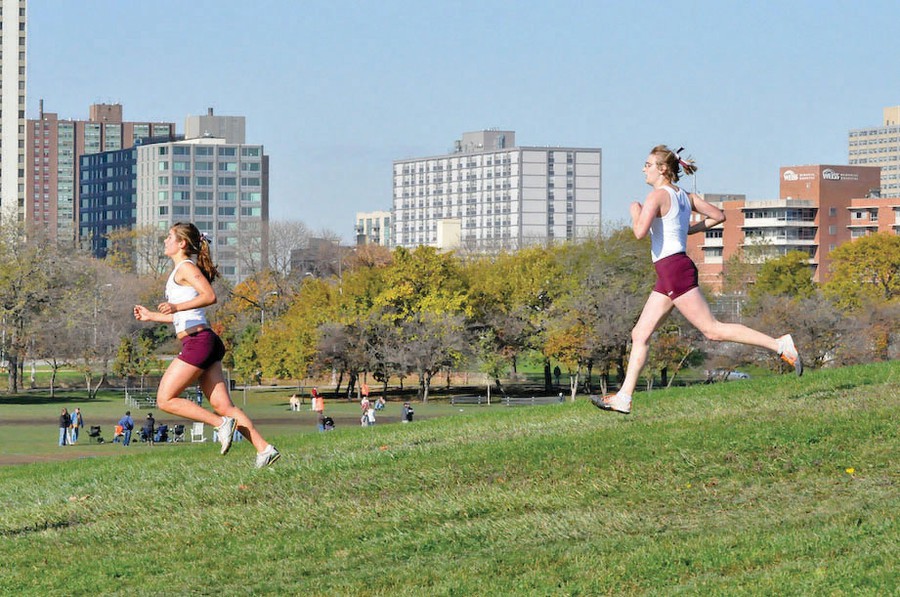 For the women’s cross country team, as well as for third-year men’s runner Bill Whitmore, it all comes down to one final race.

The Maroon women will be one of 32 teams that convene at Lake Breeze Golf Course in Winneconne, WI this weekend for the NCAA D-III National Championship. On the men’s side, Whitmore will compete against individuals from the top 32 men’s teams in the country, as well as 55 other individuals who, like him, advanced by virtue of being one of the top seven finishers in their Regional meet who were not members of a qualifying team.

Saturday’s event, which is hosted by UW-Oshkosh, offers the athletes a distinct and vibrant running experience.

“I feel the athletes in general are much more tense at the NCAAs. This was the ultimate goal for all the competitors, so they are really up for the meet and, at the same time, feel a lot of additional pressure to perform against the best,” head coach Chris Hall said. “There is more electricity in the air, so to speak. More spectators, more body painting, just an intense level of emotion.”

Chicago is eagerly anticipating the race.

“I really love the atmosphere of Nationals,” third-year Julia Sizek said. “I think it’s just a really great event, and it’s really inspiring to see so many great runners.”

It will be a competitive field, as the best runners in the nation come together to compete for the ultimate prize: a national title.

“The whole weekend will be a memorable experience. I’m really excited to finally be able to race against the top distance runners in the country,” Whitmore said. “After all, not many people can say they competed at the NCAA Championship.”

Hall looks forward to a good performance from Whitmore.

“Billy had a great regional meet, and if he can duplicate that performance, he will likely be an All-American this weekend. He is a very grounded young man and will perform well and enjoy the experience instead of getting overly uptight about the atmosphere,” Hall said. “He really has the perfect mentality for this type of environment.”

Whitmore aims to become an All-American this weekend.

“My goal is to finish in the top 35, All-American,” Whitmore said. “Ultimately, I want to run to the best of my ability.”

Hall also hopes for a successful meet from the women, who have four runners who ran in the Nationals last year: Sizek, Rachel Ohman, Michaela Whitelaw, and Sonia Khan.

“The women’s team has finally moved into the NCAA polls after being very underrated all season. I’m looking for them to finish somewhere between 15th and 20th right now, which would be another step up for our team,” Hall said. “We have NCAA experience with multiple members of the team that finished 10th last year. They should perform better than a year ago, when they had their first NCAA experience.

“We hope to represent the UAAs well and beat some of those competitors,” Sizek said.

Both Whitmore and the women ran at Oshkosh earlier this year, at the UW-Oshkosh Brooks Invitational on October 15, where Whitmore finished 23rd and the women 12th.

Sizek believes that the team can use its experience there to its advantage.

“I think that having run at Oshkosh before really will help the team,” Sizek said, “but the more important part of running at that course is the fact that it is a fast and flat course, which tends to benefit us Chicagoans, since our biggest hill is the bridge at 47th Street.”

The women, previously unranked, have moved up to 24th in the country, and have the potential to rise still higher. Whitmore, too, has the chance to solidify a successful season.

At Saturday’s race, while the women’s team competes as a whole, Whitmore will be on his own. But his motivation—the team—will remain the same.

“Although I am listed as an individual, I represent the entire men’s cross country team. They have supported me all season,” he said, “and they will continue to be my primary source of motivation this weekend.”

Everything comes to an end, and this Saturday, the cross country season reaches its conclusion in Wisconsin. The women’s team and Whitmore have high hopes for their seasons, and they have reached the biggest meet of the year. The only thing remaining is how they will perform under the national spotlight.