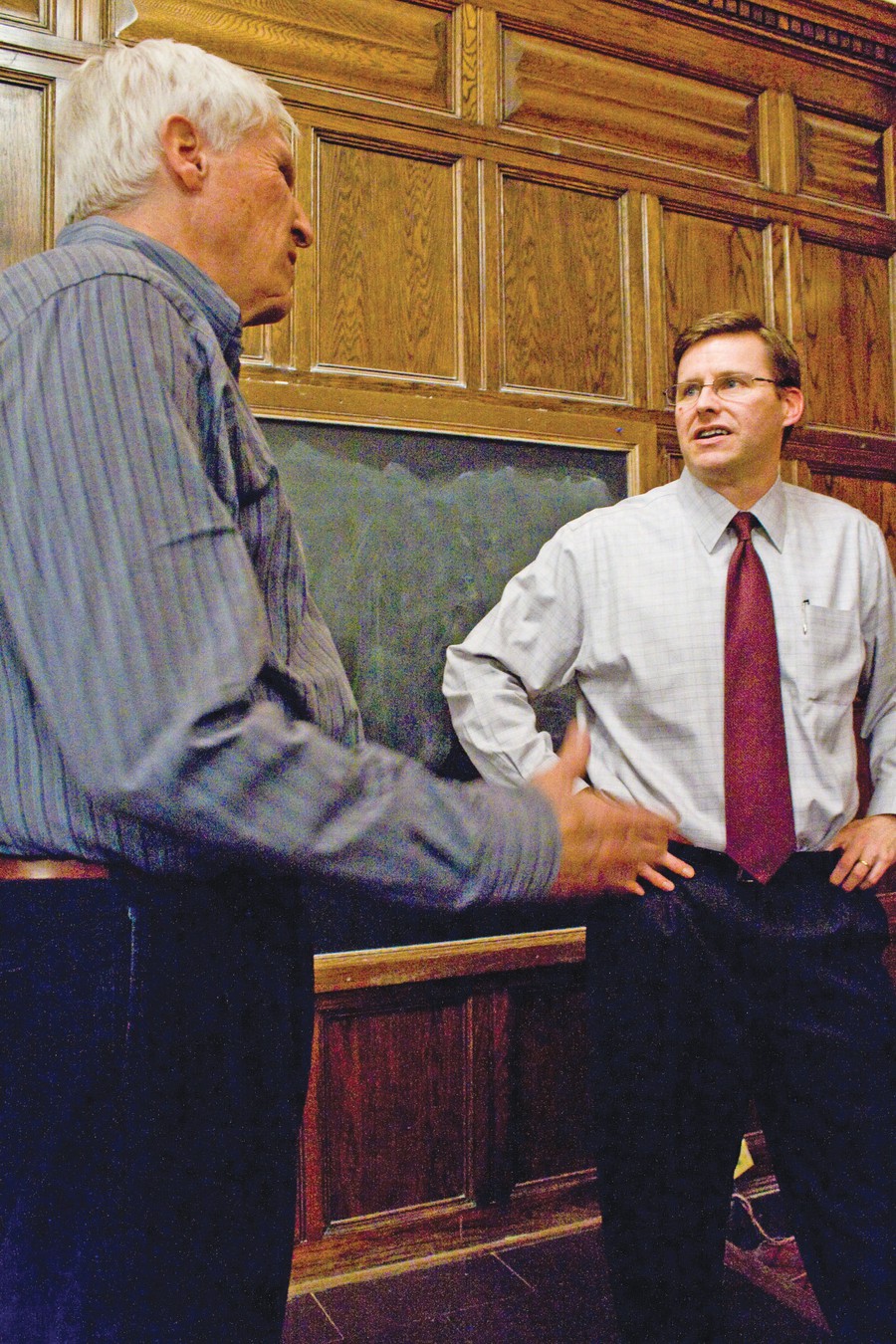 Naked Economics author Charles Wheelan cleared some of the smoke around drug policy at a talk Tuesday night on the high costs of the War on Drugs and the seeming contradictions in American drug law.

The fight to keep illegal drugs off American streets is an issue that has stalled in spite of wide ideological agreement, according to Wheelan, a senior lecturer at the Harris School of Public Policy.

“Economists all agree how we should act, but we make no progress on [the policy],” he said.

Discussing the supply and demand of illegal drugs, Wheelan emphasized how the demand for drugs is “incredibly resilient.” Drawing a line between the current federal policy of drug crackdowns and the “War on Drugs” of the 1990s, he described the “human cost” of American drug policy and the United States’ “historically high” incarceration rates.

Wheelan highlighted marijuana’s status as a Schedule One drug, the highest classification of illegal drug, as an apparent contradiction in the law.

“To be Schedule One, a drug has to have no medical uses…and, yet, we see states passing medical marijuana laws,” he said. “This position is untenable.”

Many issues of corporate law, regulation, and legalization that relate closely to the drug trade remain largely unexplored, Wheelan added, such as the possibility of companies legally manufacturing psychoactive drugs.

“We’ve spent decades reigning in advertising to where it is now,” he said. “What happens if [General Motors] literally can advertise crack?”

During the question-and-answer session, Wheelan continued to emphasize the difficulties inherent in any public policy regarding dangerous substances, though he managed to elicit laughs from the audience.

Explaining why a pot-user might stop smoking if marijuana becomes legal, he dead-panned: “Too corporate—fight the man.”