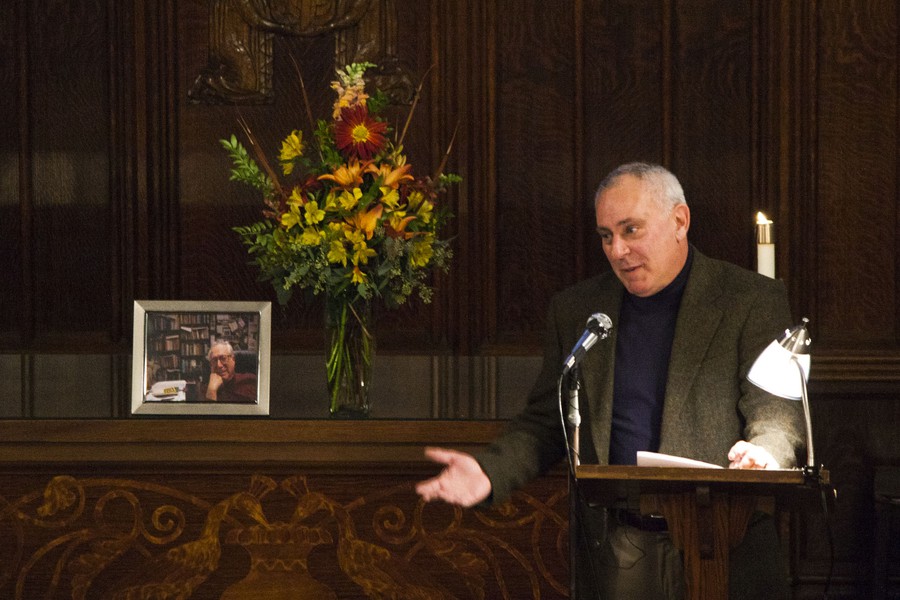 Throughout the service, the speakers noted Sinaiko’s diverse contributions to the U of C community.

A self-proclaimed “Hutchins Baby,” Sinaiko strived to make argument an integral part of the U of C education, his son Jesse said.

“If he disagreed, he was more than willing to argue about it—passionately,” Jesse Sinaiko said.

“Herman didn’t push. He pulled. He would question you, pull you forward from initial judgments,” one student wrote.

Sinaiko, who taught the Core classes Greek Thought and Literature and Human Being and Citizen, won the Amoco Award in 1994 and the Norman Maclean Faculty award in 2003. He was also slated to teach The Organization of Knowledge this spring.

As the first faculty advisor for University Theater (UT), Sinaiko worked with several campus arts organizations, including Fire Escape Films. The RSO earned its name when its first meeting was held on the fire escape outside of Sinaiko’s office, according to Bill Michel (A.B. ’92, M.B.A. ’08), the former director of UT and current executive director of the Logan Center for the Arts.

Sinaiko’s son David mused that even in his father’s last days, he gave impromptu lectures from his hospital bed to anyone who would listen.

Sinaiko is survived by his wife Susan Fisher, five children, and four grandchildren.