Deputy provost for graduate education Deborah Nelson appeared for the first time at a Graduate Council meeting, where students pressed her on their multiple grievances. 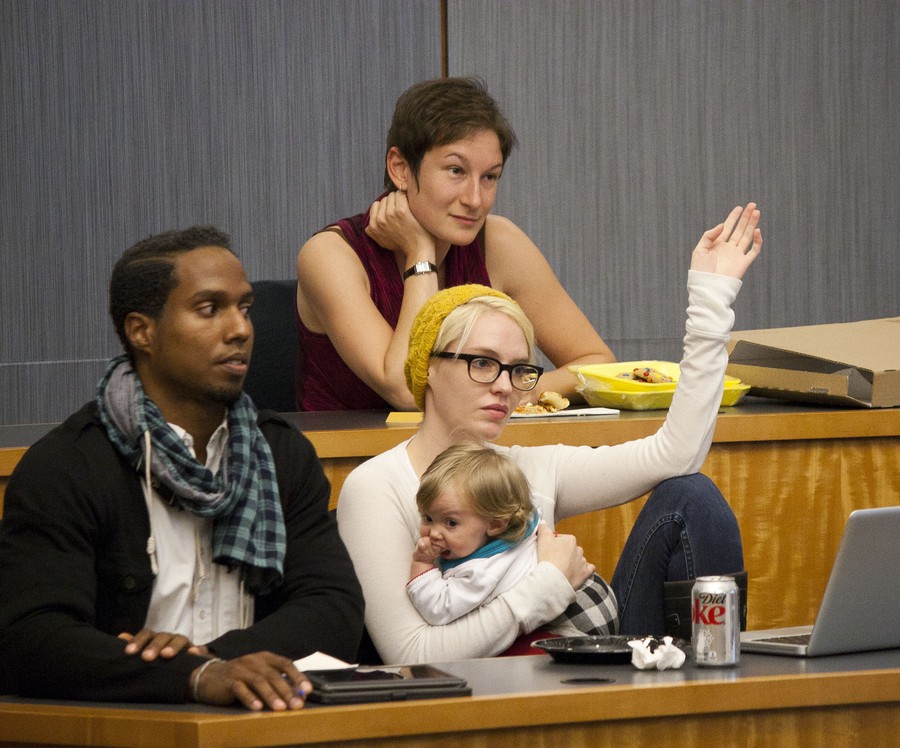 Deputy provost for graduate education Deborah Nelson performed a precarious balancing act between student advocate and senior administrator last night in her first forum with graduate student representatives, fielding pointed criticisms of the University’s support systems while assuring attendees of her dedication to their quality of life.

Students from several graduate departments, alongside Graduate Council (GC) members and representatives of Graduate Students United (GSU), expressed their concern over a range of issues, including childcare, student stipends, and the troubled academic job market.

On most counts, Nelson both acknowledged the gravity of the students’ problems and explained the difficulties inherent in solving them.

“My stipend is not quite $20,000, and childcare can exceed $20,000 a year,” Eleanor Bush, interim vice president of the Student Parents Organization and a third-year Ph.D student, said. “It’s not just the number of [childcare] spaces, it’s not the quality—it’s the costs.”

Bush said that the U of C is lagging behind peer institutions with better childcare resources, such as Harvard University. Nelson agreed that “something needs to happen” on the childcare issue, though she qualified that the administration must consider the needs of the majority of students, who have no children. She also said that Harvard’s larger endowment enables it to offer larger stipends.

“There’s not an unlimited amount of money,” Nelson said. “The 80 percent of students who don’t have children might resent us using the money that could have gone to a $6,000 increase in stipends toward that priority [of childcare].”

On other issues, however, Nelson disagreed with her complainants more decisively. When Dave Pacifico, a sixth-year anthropology graduate student claimed that the University’s financial support dries up before students can complete the bulk of their scholarly work, Nelson rebutted that graduate students are “allotted too much time” to complete their degrees.

“If you were really finishing in six years, or seven years, the financial burdens would be different,” Nelson said, adding that she is working with department heads and faculty mentors to help students complete their degrees faster. “Nobody can make their time-to-degree if they’re not getting timely feedback.”

Nelson’s position was created less than three months ago and requires her to meet with department heads across the University’s three divisions (including the Humanities Division’s 16 departments) and five professional schools. She said after the talk that the students’ demands were reasonable and of concern because happier students do better work.

“Of course, their misery does not contribute to their academic success,” she said. Still, she added, “We have to have priorities, and we have to have some kind of guiding system of our priorities.”

However, Bush said afterward that Nelson’s responses were too broad.

“She grossly oversimplified things,” Bush said. “Of course [childcare] is a complex issue, of course there are different needs. The fact is that other institutions have found a way to balance them, and the University of Chicago hasn’t.”