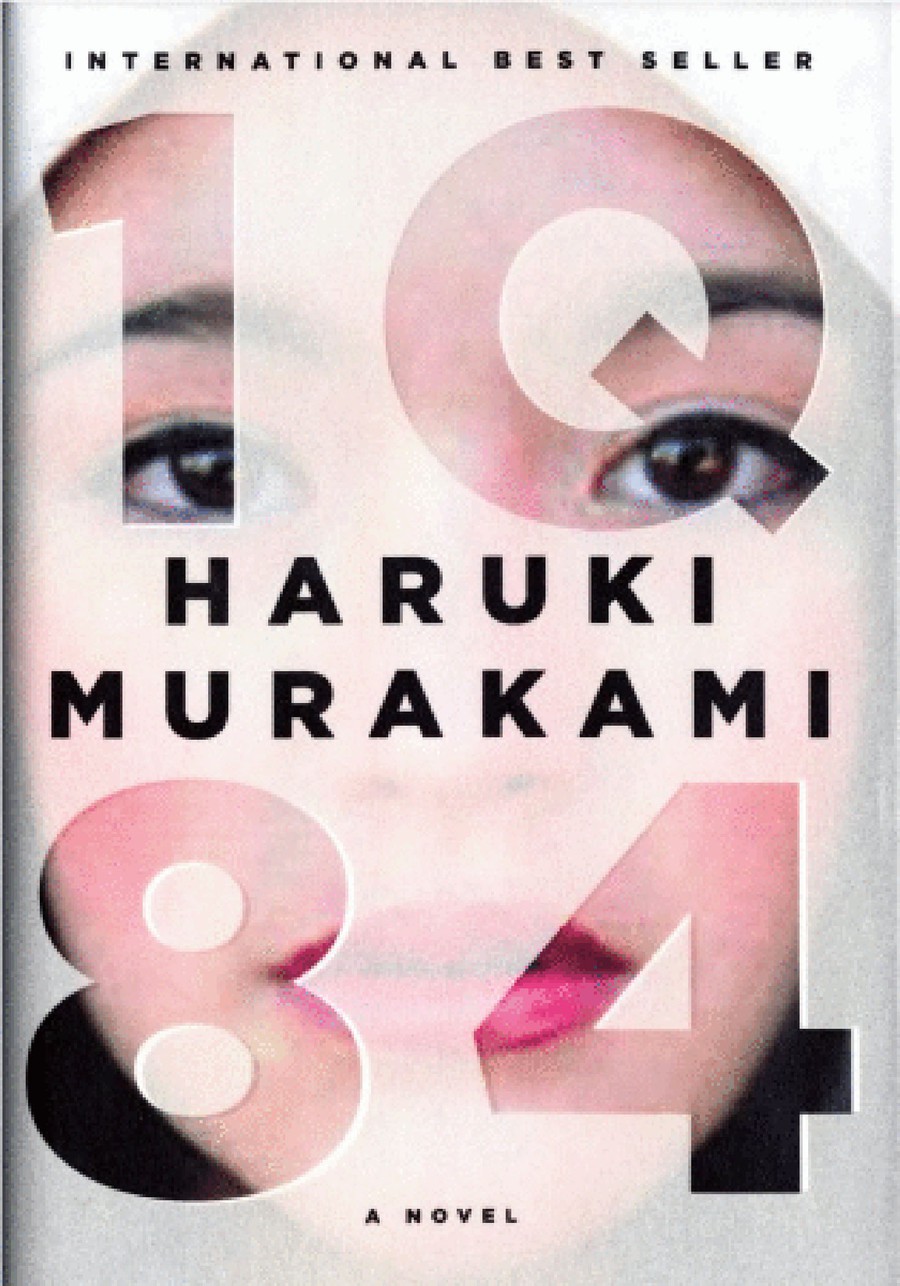 The much-anticipated work of Haruki Murakami, 1Q84, is a story of love and loss, a meditation on reality as we perceive it and the nature of human relationships, a book filled with secrets and surprising connections, and, a flunk.

The opening pages are extremely promising. Aomame, sitting in a taxi in Tokyo, gets stuck in traffic and decides to climb down an emergency stairwell on the side of the freeway in her designer suit and high heels to get to her appointment on time: an appointment to assassinate a man who has been abusing his wife. Little does she know that in doing so she has transplanted herself from the normal, everyday world of 1984 Tokyo to a separate reality with two moons and a band of beings called the Little People whose motives, at first, are unclear.

Meanwhile, Tengo Kawana is a humble math teacher and fiction writer who is commissioned to ghostwrite a fantastic new novella, written by a beautiful 17-year-old girl who has no sense of grammar or style (she’s dyslexic). As he gets more and more involved with the mysterious Fuka-Eri, he discovers that the supposedly fantastic story in this novella is actually real—that the mysterious Little People, the mountain commune (turned into a fanatic religious cult), and the air chrysalises that hatch to reveal people’s shadows within—actually all exist, and that by publishing the book there has been set into motion a shift in the balance in, well, something. Murakami never makes it quite clear what the stakes are. Fuka-Eri’s father, leader of the religious cult, is a rapist who turns out not to be a rapist, but who has been forced to have intercourse with the shadows (called dohta) of the 10-year-old shrine maidens in his commune. He wishes to die, so willingly allows Aomame to assassinate him.

Strange and mysterious events occur throughout the plot. Tengo suspects his father is not his biological father, and wonders about his true family history. His affair with an older, married woman comes to an end as she disappears from his life without warning. Aomame befriends a police officer, and the two of them go around to bars picking up men. Soon after, Aomame uncovers the horrifying news that her friend was murdered in a hotel room. The religious cult hints at some involvement or knowledge of the situation. The Little People make an appearance, in the sky there are two moons, only visible to some people, and as the tension builds and the plot begins to converge, the book ends.

1Q84 is a story that could have been. I don’t know how Murakami would have tied everything up or explained everything. The story was exciting and compelling throughout most of the 900 pages, but, despite the length, the ending is not fleshed out, the innumerable mysteries are never explained, and 1Q84 ended up just not being worth it.