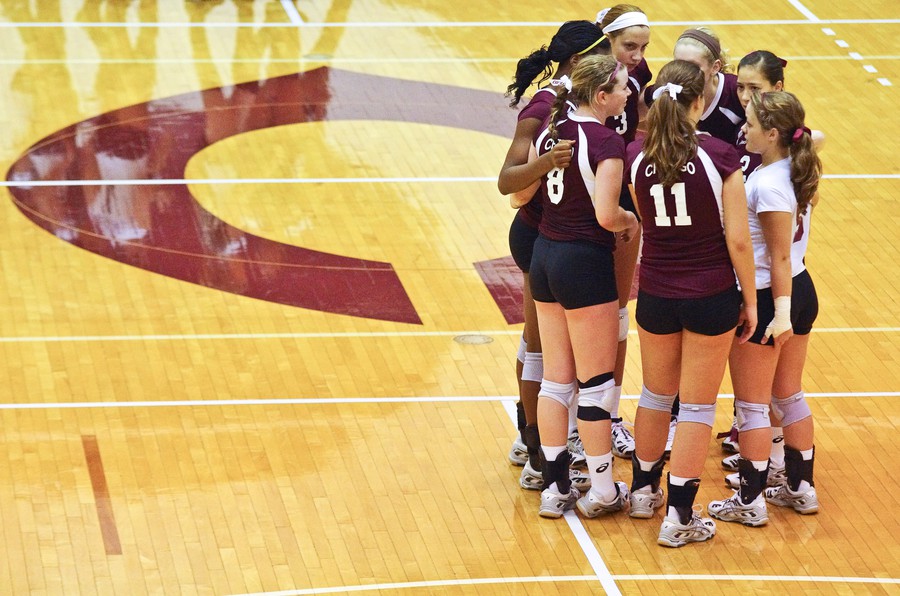 Chicago finished 7–26 in 2007. It took head coach Vanessa Walby less than four years to nearly reverse that record. The team finished the season 30–6 this season and advanced to the round of 32 in the national tournament, losing to Wash U, one of the top teams in the country. Walby reached her 100th victory in a Maroon suit, becoming ,arguably, the greatest coach in Chicago volleyball history. There was also success on the individual level, as fourth-year Isis Smalls claimed Chicago’s all-time record for kills. Third-year Caroline Brander also had some individual success, and was named an AVCA honorable mention All-American. She was second on the team in kills per set, only behind Smalls.

But, perhaps the biggest triumph for the Maroons was their ability to stick together off the court in a time of tragedy. Rising second-year Morgan Buerkett, a member of the team, passed away on July 24 in a plane crash. Coping with her loss while turning in the greatest season in school history was an extraordinary accomplishment.

Smalls reflected on her record-breaking season as well as the true meaning of being a collegiate athlete: “Obviously it’s a great feeling to know that I left a mark on the program by breaking records, but I can honestly tell you that if any athlete in any program leaves with only their personal success as their lasting memory, they have, by and large, missed the point of a collegiate athletic experience. People say all the time that ‘it is just a sport,’ and that could not be farther from the truth—I have learned worlds about what it means to love and respect [my] teammates.”

October 19. The stands at the Ratner Athletic Center are shaking with excitement, fans lost in the fervor of a tight match between the Maroons and Dominican, tied at two games apiece. The Maroons have match point, up 14–13. Fourth-year Isis Smalls, as she has done so many times in her record-breaking career, rises up, and sends home the game-winning kill. On 1,251 occasions, Smalls has sent a volleyball hurling towards the ground for a kill, more than any Maroon in school history. There were many outstanding individuals on the volleyball team this year, but for her leadership and offensive domination, Isis Smalls is this year’s Maroon Volleyball MVP.

Rookie of the Year: Nikki DelZerno

A second-year transfer from Washington and Lee, Nikki DelZenero ran the offense for Chicago, leading the team in assists with over 10 per set. No other Maroon had more than one. Originally from Hinsdale, an Illinois suburb, DelZenero was able to fit right in with her new team from the start. “The team has been like family,” said DelZenero during preseason, after the team had rattled off nine straight wins. With so many seniors graduating this year, having a young player like DelZenero around will certainly help in the rebuilding process.

Caroline Brander has always been good. Last year, she led the team in kill percentage, with a .385 mark. This year, Brander made the jump from good to great, earning AVCA recognition as an honorable mention All-American, the only member of the squad to earn such a distinction. If anything, Brander had several breakout performances, collecting five or more blocks in six matches and registering double-digit kills on seven occasions. An always dangerous threat, Brander is the second U of C volleyball player ever to be named as an All-American.